Nafpaktos, Greece: A nice place for a stopover 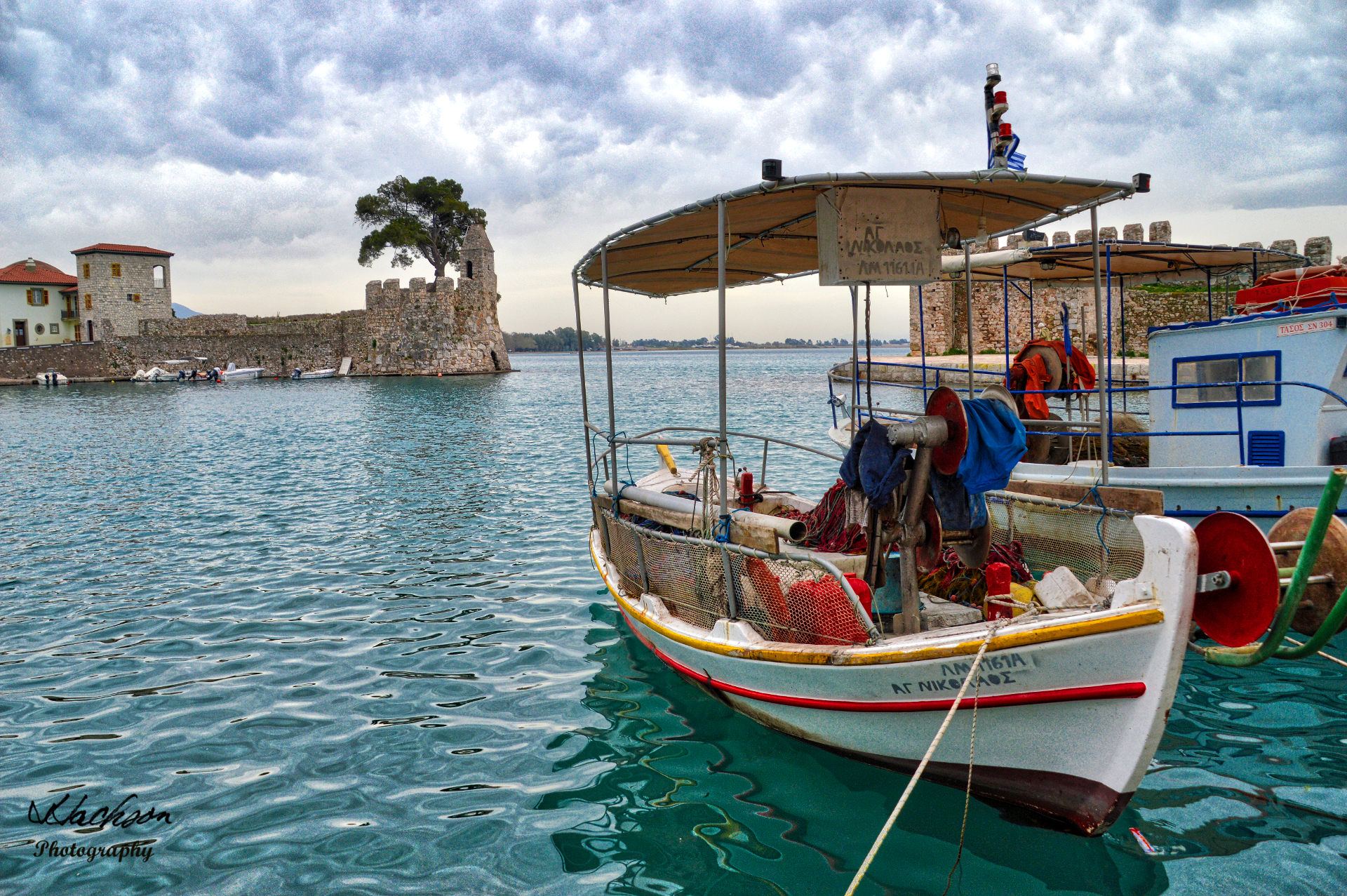 It seems that on many trips that we have taken that there is always an extended bus ride in order to get from one main attraction to another. Some may find this annoying but I find it a pleasant part of the overall adventure. Especially considering that on most road trips I do all of the driving, but this is not a complaint since I do really enjoy driving. The downside is that I am not afforded an opportunity to do much sightseeing while I am driving, but when I travel and there is a bus trip involved, I really enjoy the extra sightseeing that I can get in. 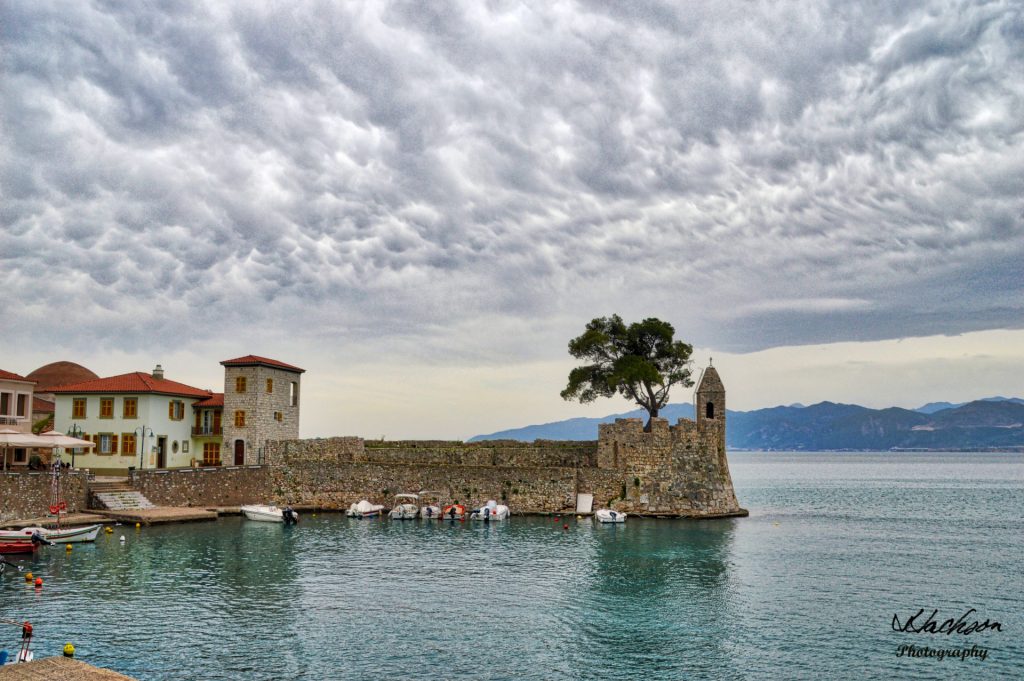 Our tour of Greece has taken us through many wonderful places and there is so much to see but if we were to get off of the bus to stop at every attraction, this trip would take years! 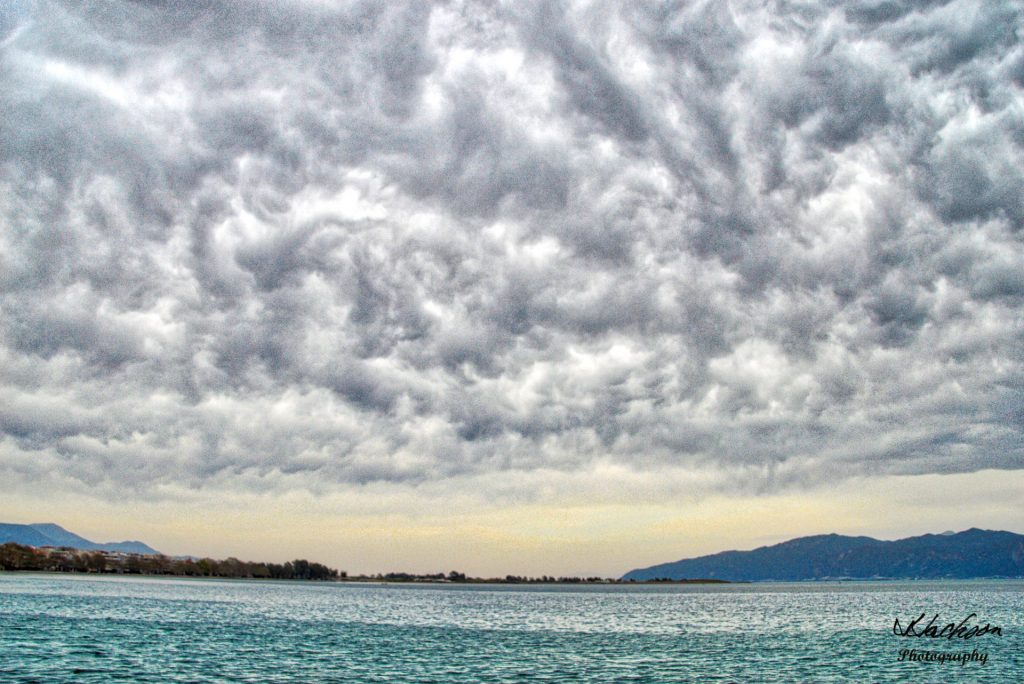 Above, a view of the Gulf of Corinth from the port Nafpaktos

Our bus traveled north from Olympia, through the plains of Eliad and Achaia, where we crossed the Corinth Strait via a cabled bridge from Rion to Antirion. After crossing this magnificent bridge, we came to the town of Nafpaktos. 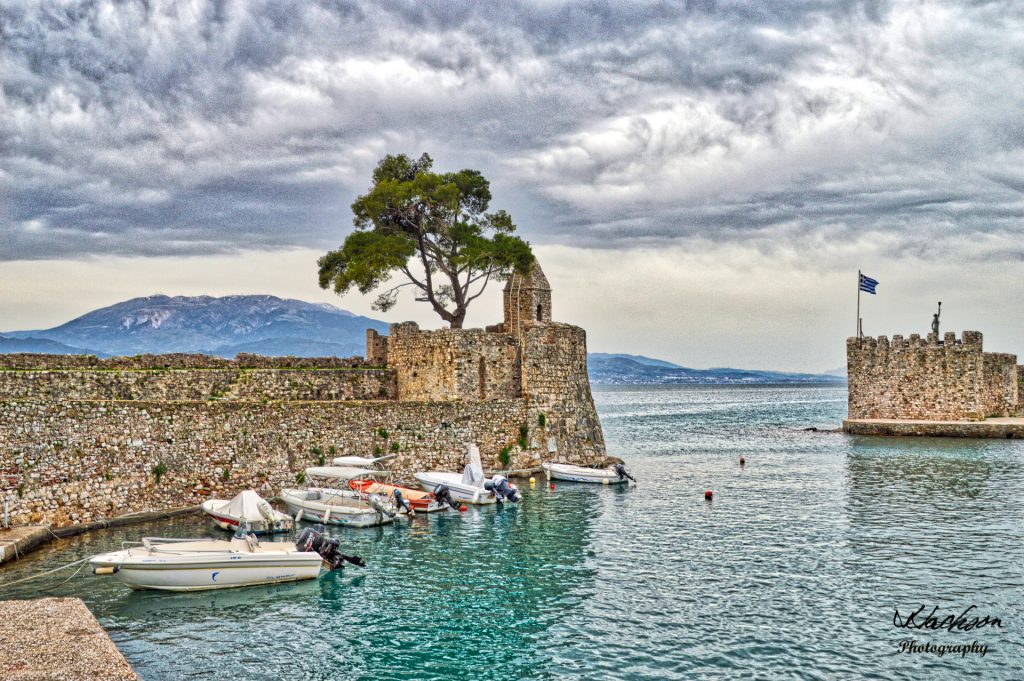 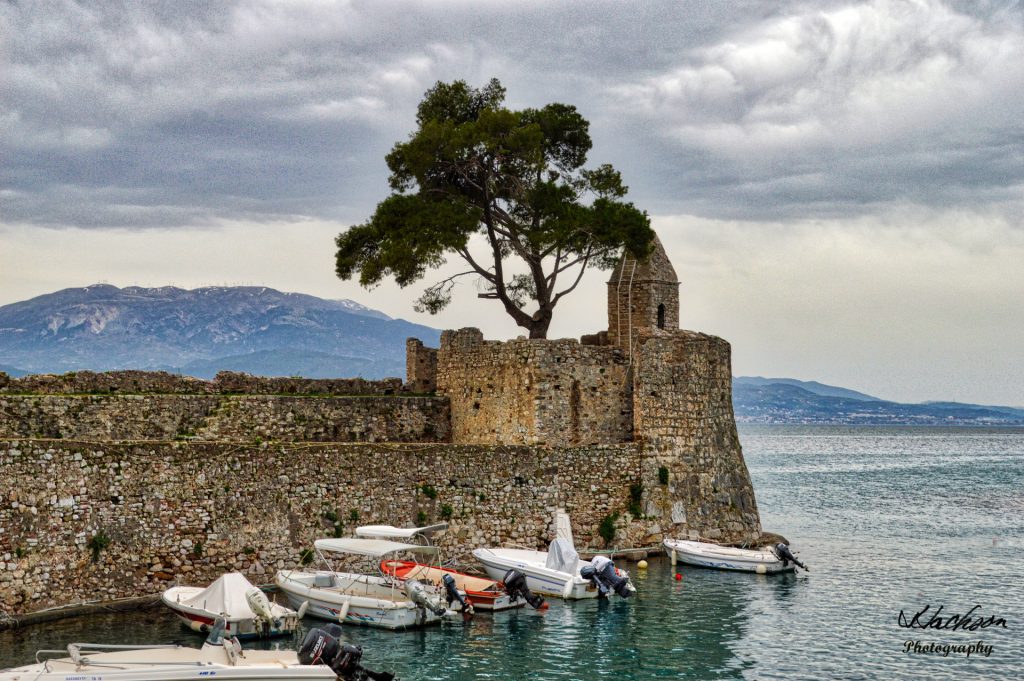 Above, the Lone Cypress in Nafpaktos

Nafpaktos sits in a beautiful, serene harbor along the northern shores of the Gulf of Corinth which eventually opens to the Ionian Sea and then the Mediterranean Sea. Its ancient name of Naupaktos means “boatyard.” Across the waters of the gulf, you can still see snow-covered mountains during the early parts of the year. 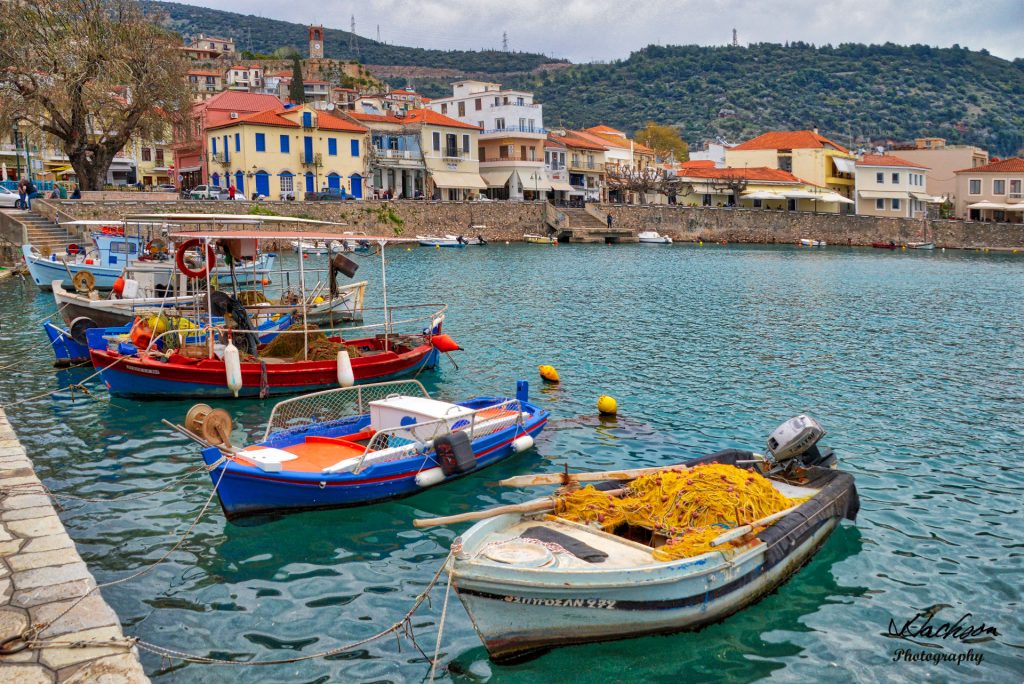 Along the port, there are several shops and restaurants. We stopped at a small restaurant where we drank “tentoura” liqueur, a famous traditional digestive alcoholic beverage. It is made from cinnamon and clove extracts and is usually served as an after-meal drink with ice or soda water. We drank ours straight from small shot glasses. 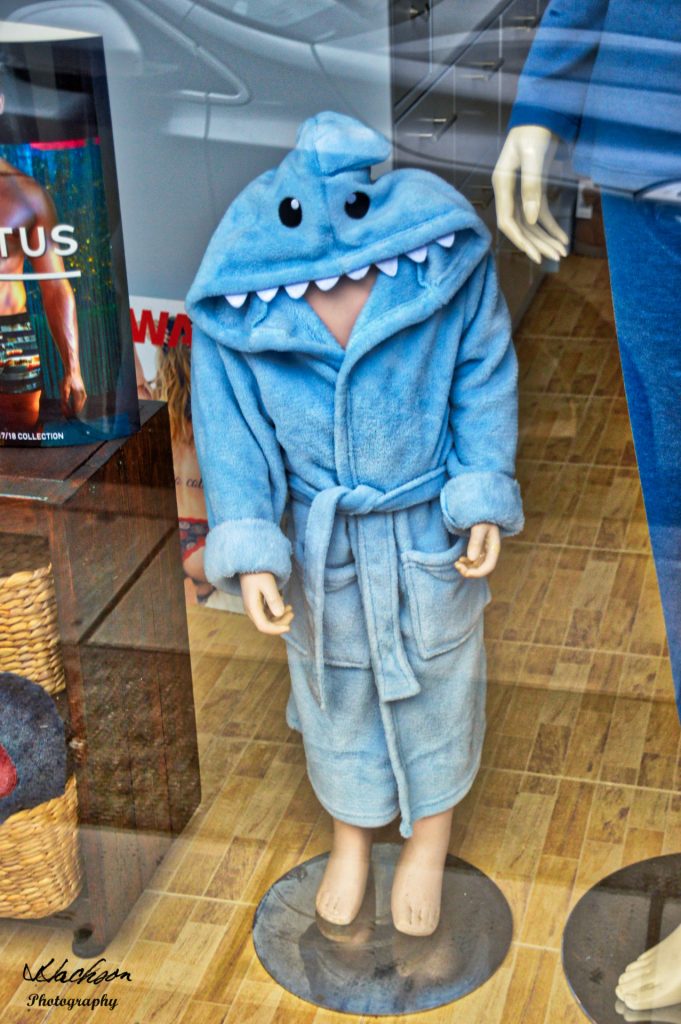 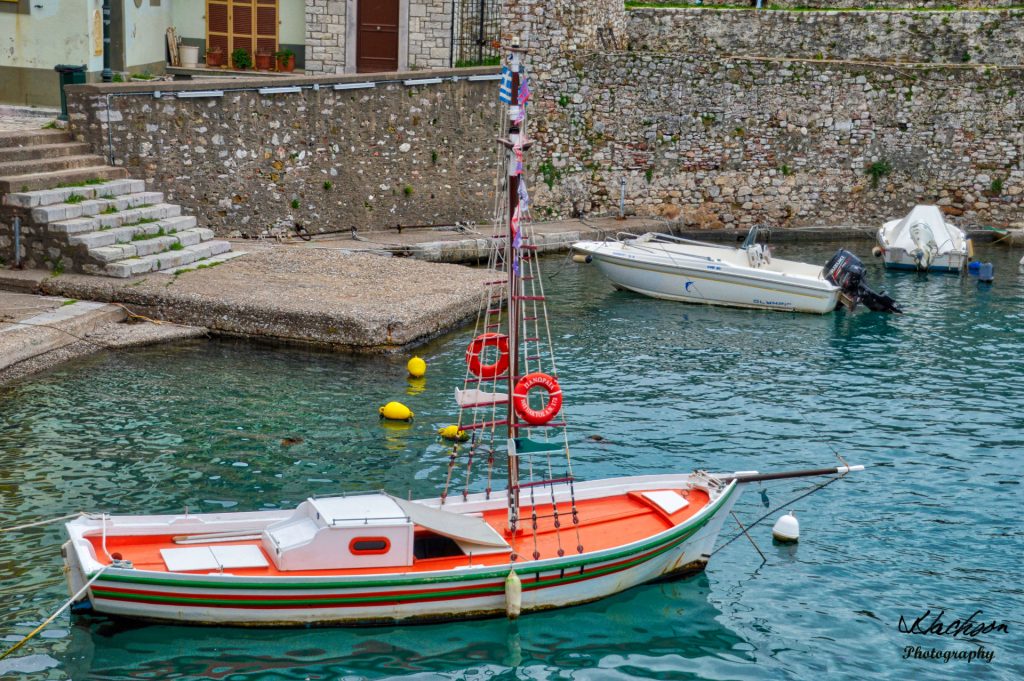 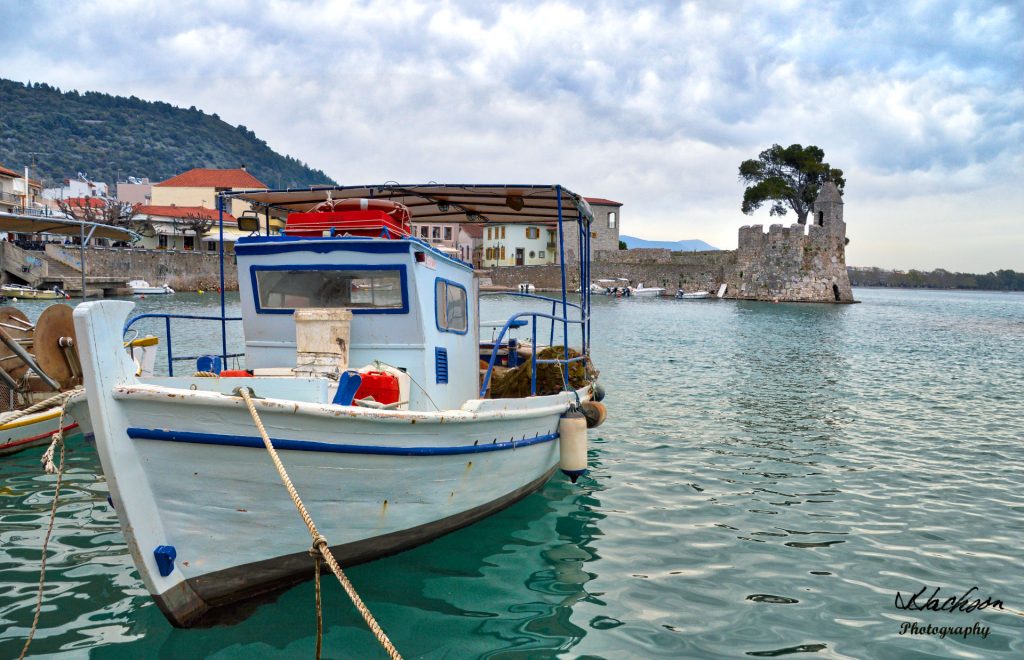 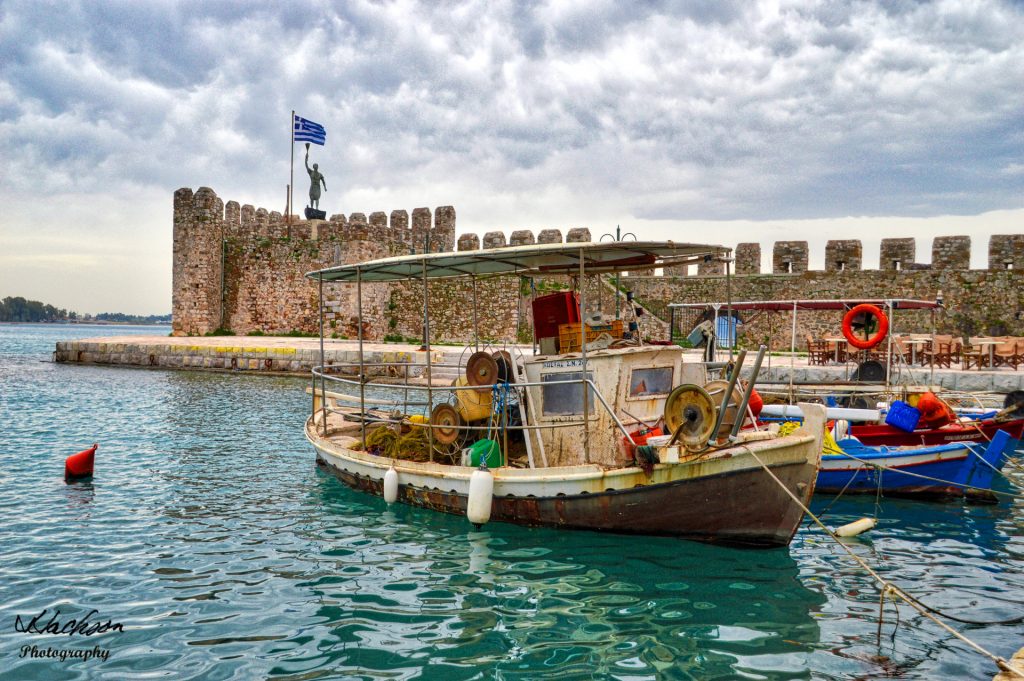 The port of Nafpaktos is a wonderful little town that in its past history had been besieged many times by intruders, conquerors, pirates, epidemics, and earthquakes.

In about the year 748, a severe epidemic that originated in Italy hit Nafpaktos and its nearby surroundings. The town was nearly deserted for quite some time. Eventually, its port was recognized for its very strategic location and during the 9th to the 10th centuries, it became an important harbor for the Byzantine navy. 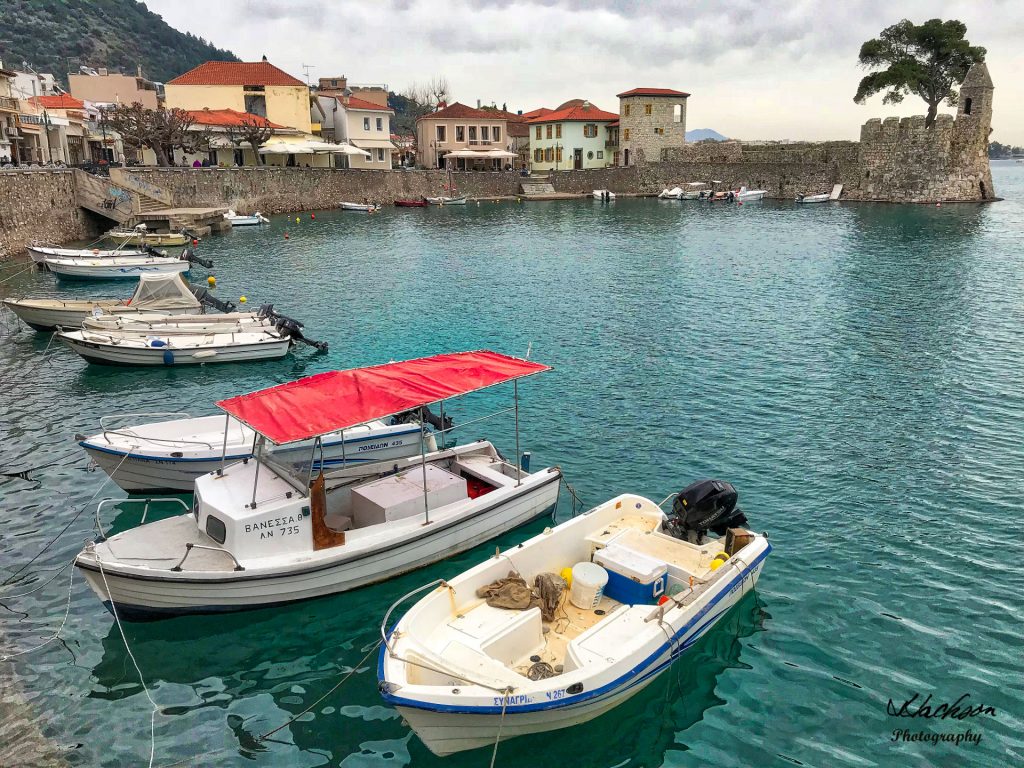 Above, the serene turquoise waters of the Port of Nafpaktos

The stopover in Nafpaktos was one of those rare moments that felt so right. The bus ride to get here had been like watching a National Geographic special about this part of Greece. Stopping at this wonderful port was like having a commercial interrupt your viewing of a wonderful program. But in this case, it is a commercial break that you watch with enjoyment rather than hitting the fast-forward button on the remote control!

The Port of Nafpaktos and the clear, peaceful azure waters of its bay will be a great drop in the bucket!