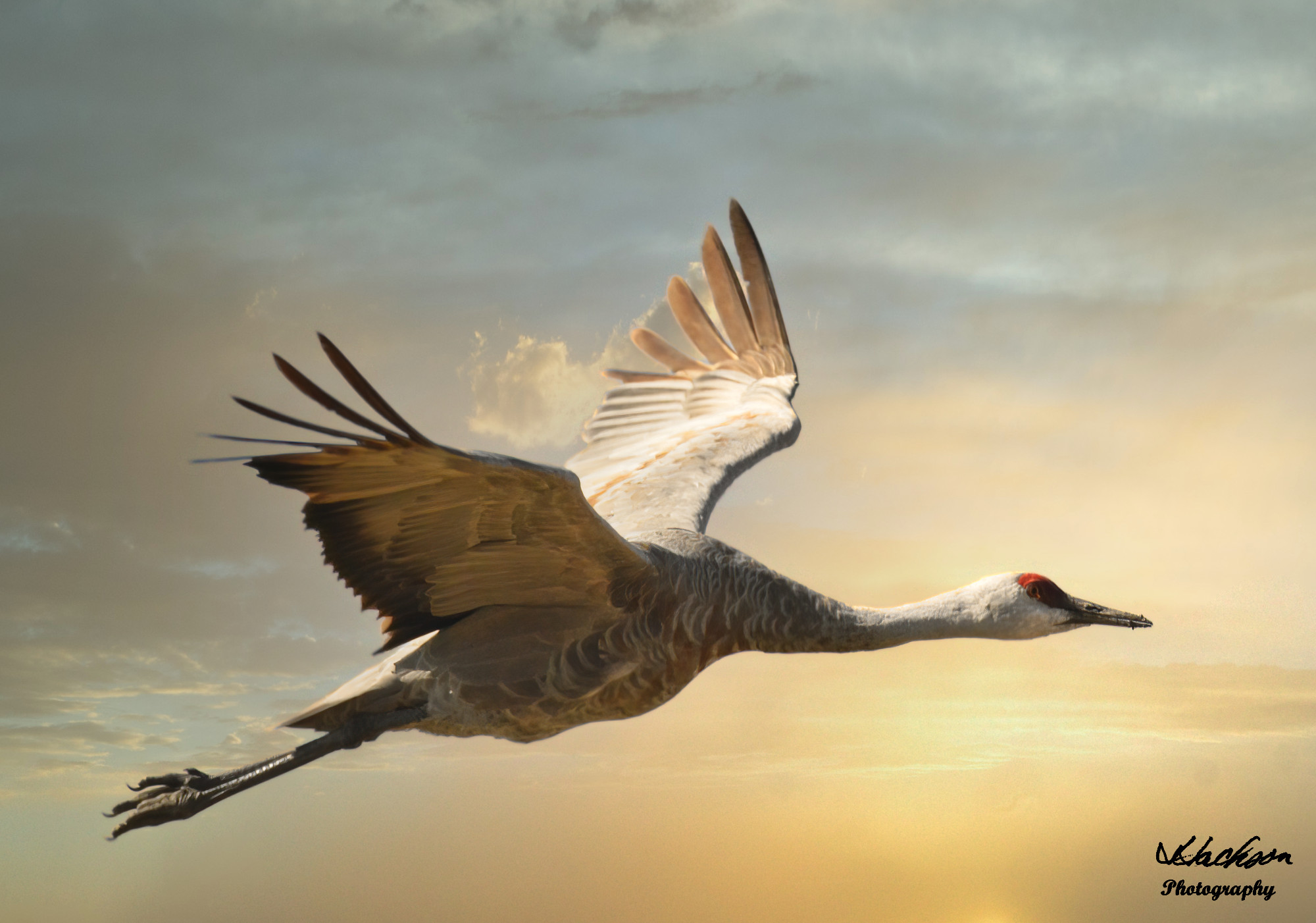 The Central Valley of California is not only the home of numerous species of birds but it is also the stopover resting place for countless birds migrating from their summer homes before the onset of winter and on their return home to their breeding grounds.  Nearly 20,000 lesser sandhill cranes and 60,000 arctic nesting geese migrate here annually from Alaska and Canada. Thousands of ducks, white-faced ibis, black-necked stilts, and many other species migrate here as well, and many species of birds are permanent residents here. 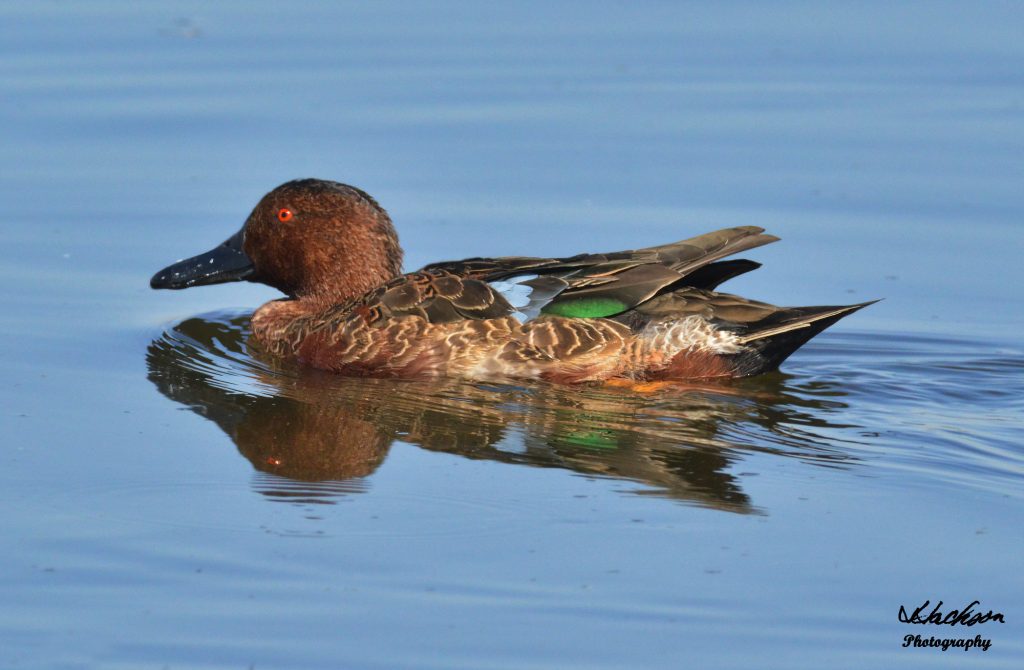 Above, a male cinnamon teal plies the water of the wetlands

The MNWR lies in the center of the great central valley of California. It is easy to reach, has restrooms, and can be enjoyed by taking a one-way circuitous auto tour around the park. There are numerous places to stop, while remaining in your vehicle, to observe and photograph wildlife. 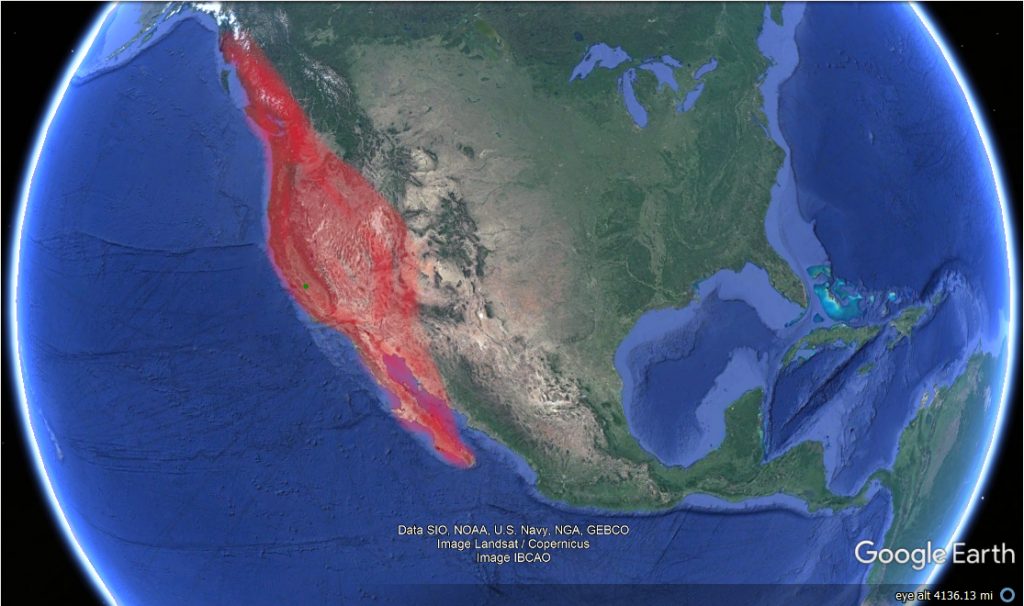 Above, in red, is the famous Pacific Flyway, a path that millions of migratory birds take annually.

To get to the MNWR, an easy exit off US Highway 99: 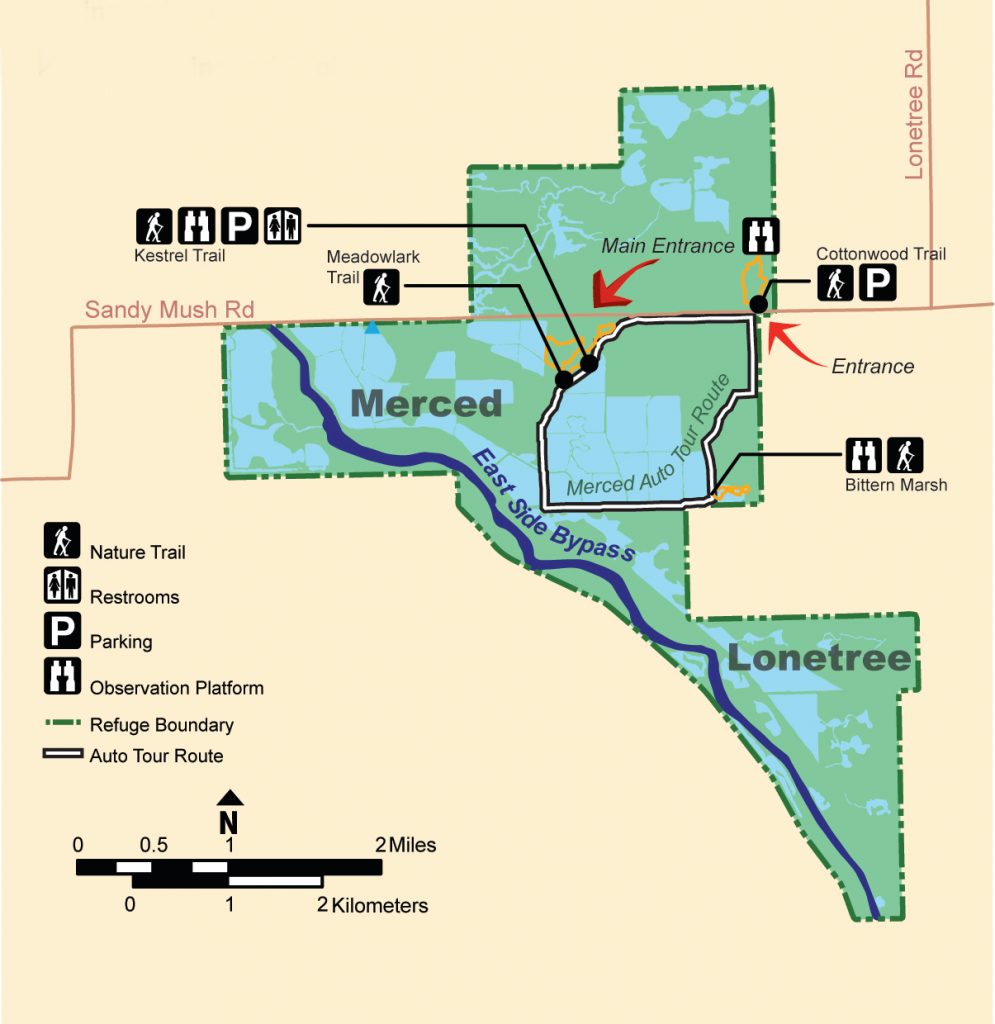 Although the refuge encompasses 10,262 acres, much of it is not accessible due to several factors including non-disturbance of nesting wildlife. However, there are enough places that are open for public viewing to make this a destination worth visiting. 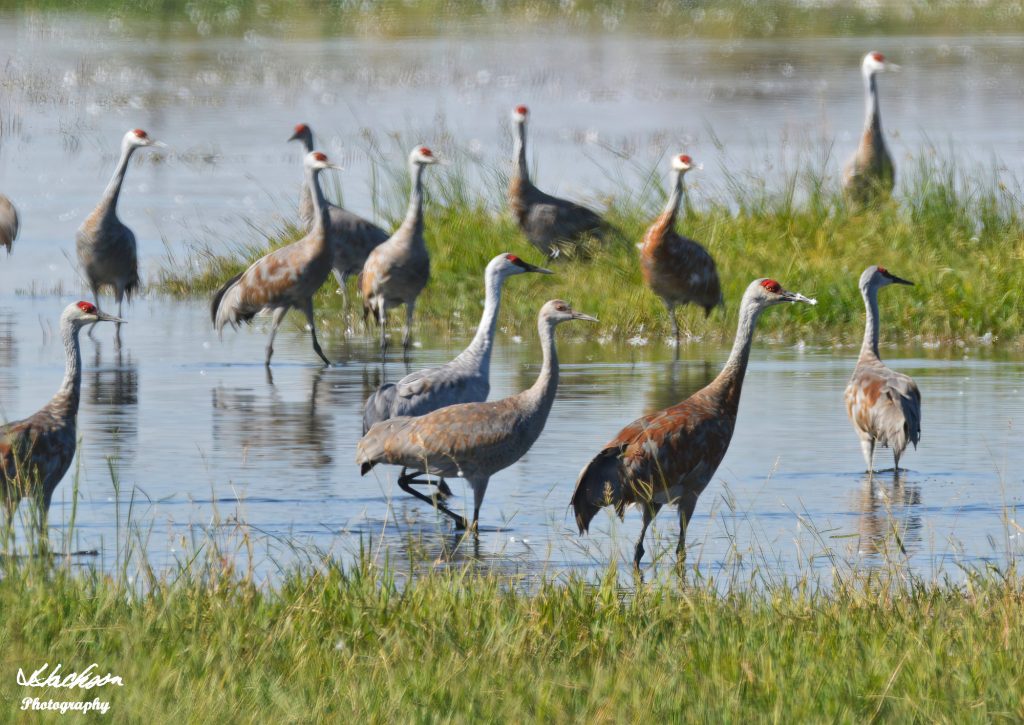 One of the most impressive sights is viewing the sandhill cranes that overwinter here. There prehistoric calls and their impressive mating dances are  spectacular to witness. 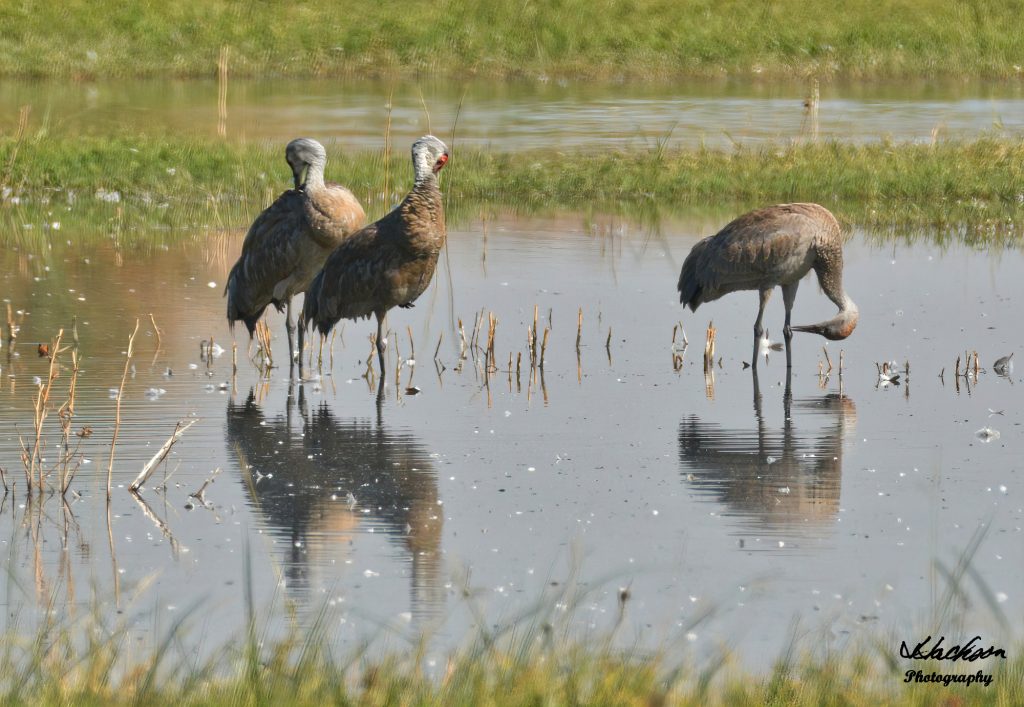 Near the southern portion of the wetlands, along the auto tour, there is a photo blind that has been set up to allow close-up observation of the sandhill cranes. In order to keep the commotion and disturbance down, only two people are allowed to visit the blind at any one time. However, most birders understand this and will not stay at the blind too long providing others a great opportunity to observe and photograph these amazing birds. 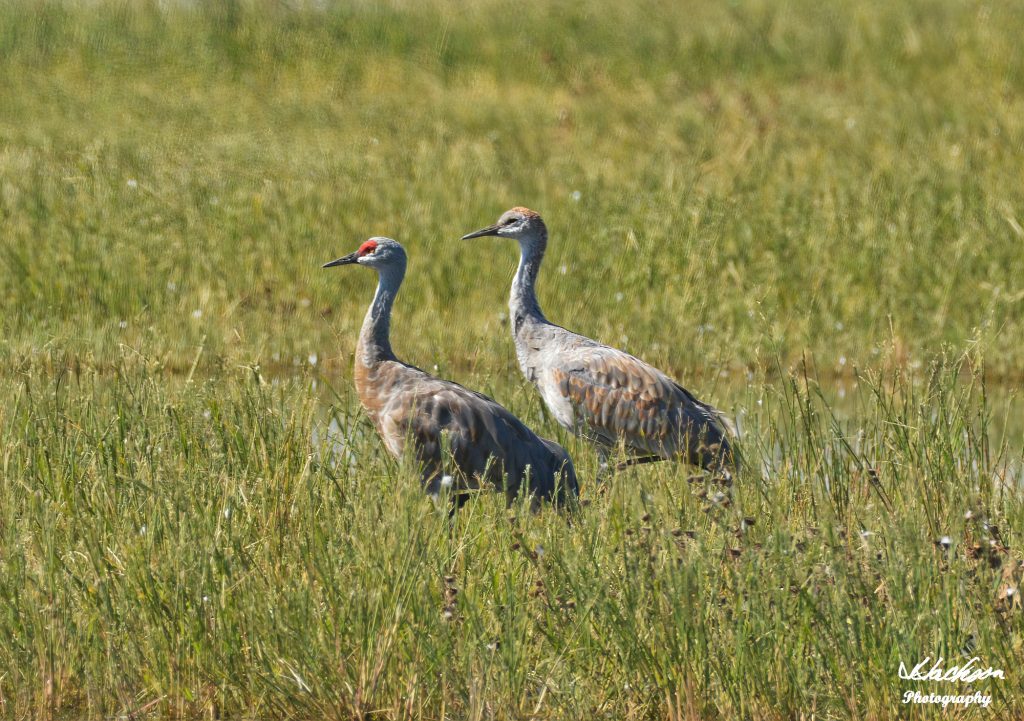 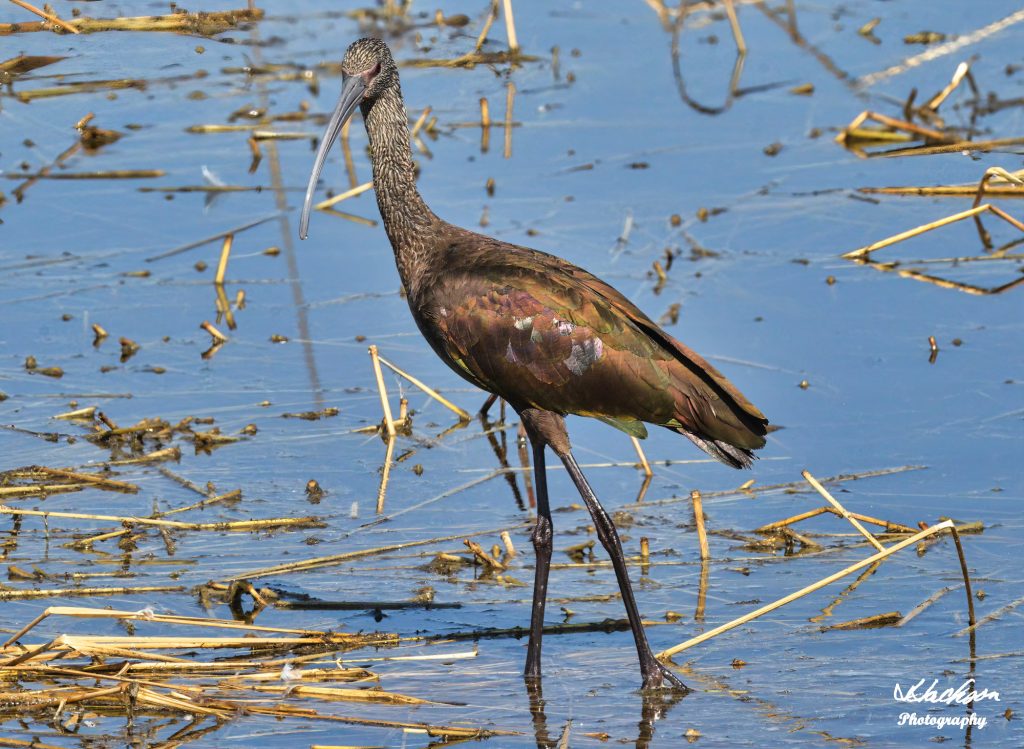 You can also see the spectacular white-faced ibis at this refuge as it forages among the wetlands in all of its glorious, colorful splendor. 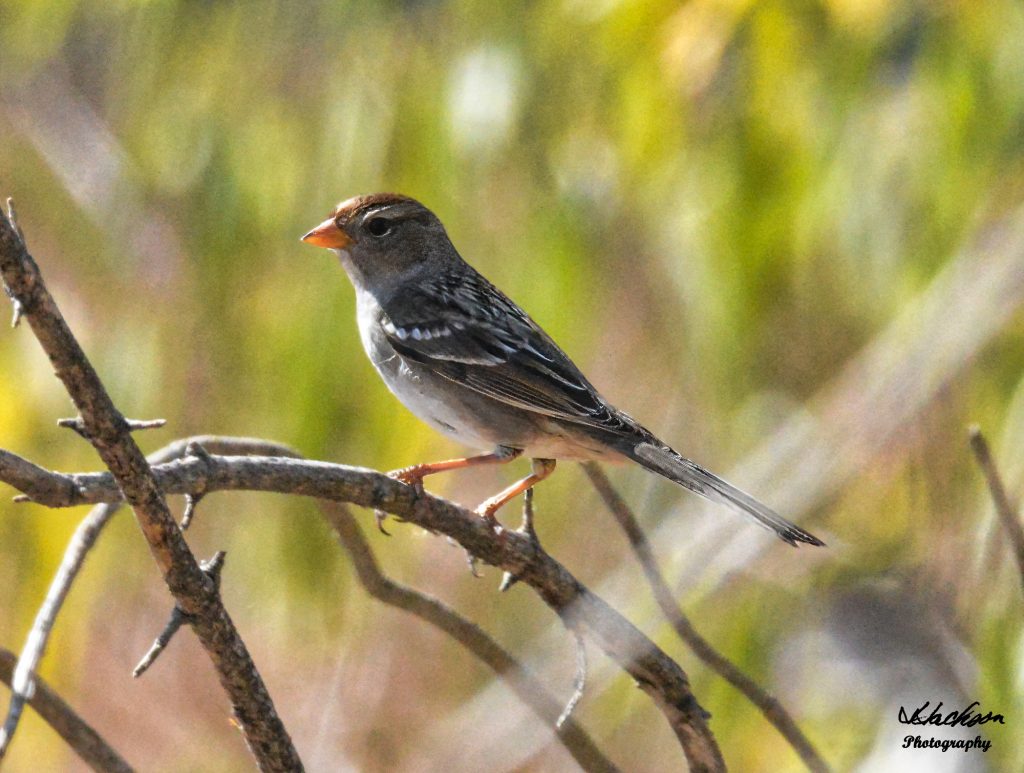 Many kinds of birds spend time in the refuge. Above is the white-crowned sparrow, a bird that also migrates long distances from the artic regions. 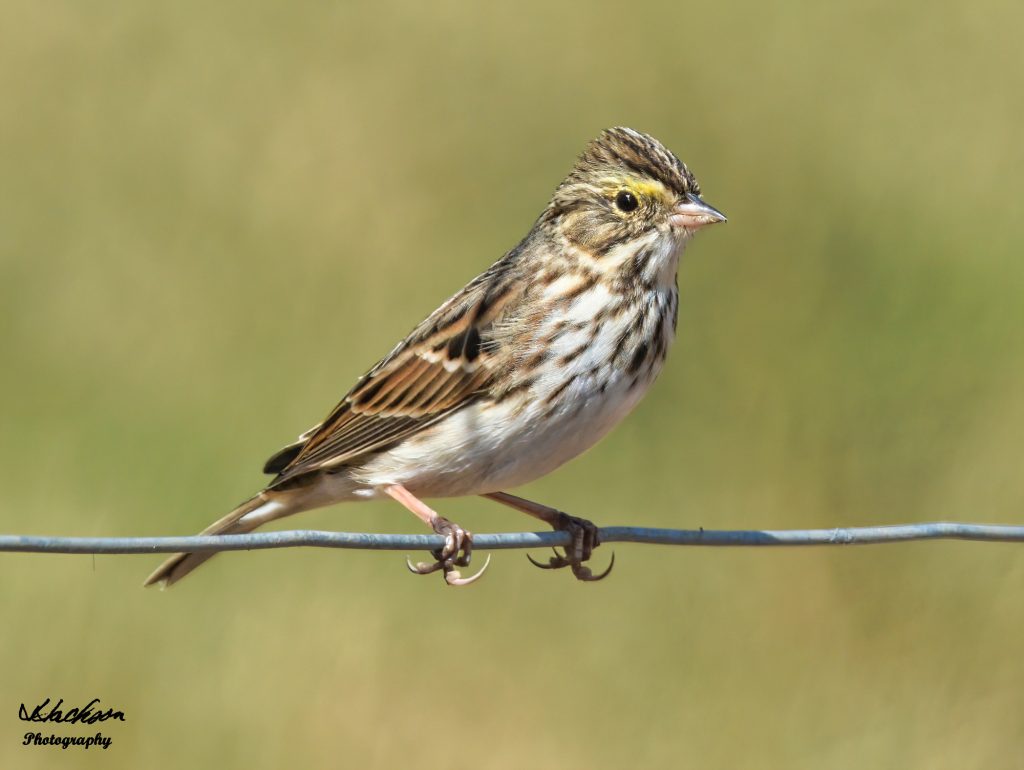 Above, the savannah sparrow spends a great deal of time in and amongst the wetlands and prairies of the refuge. It has a beautiful song that makes this sparrow easily recognizable. 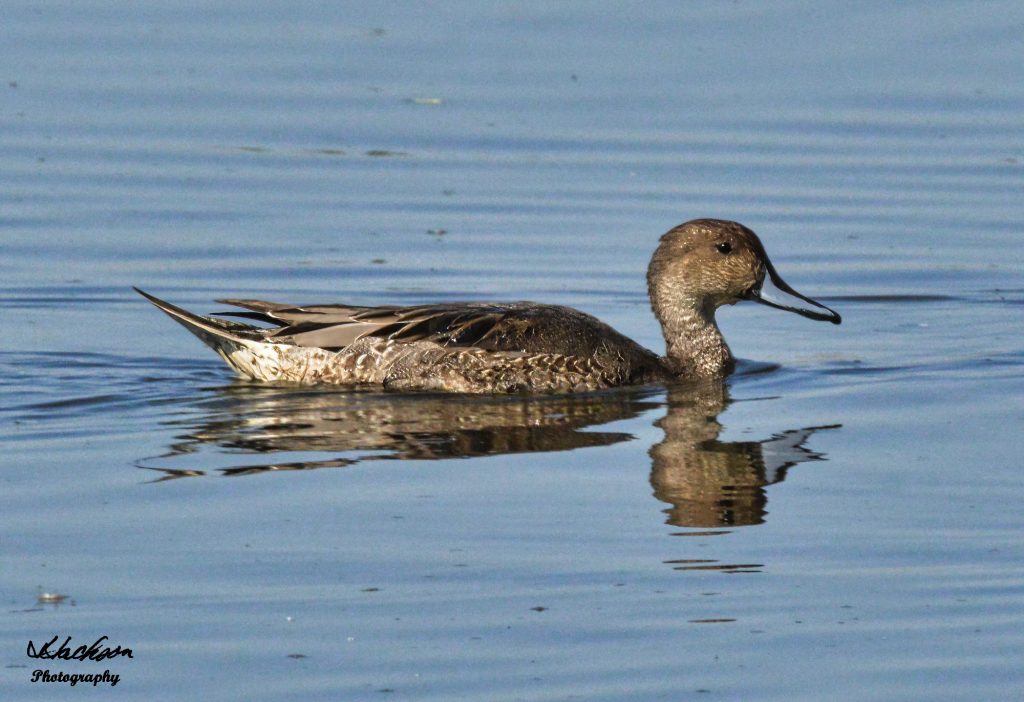 Ducks and other waterfowl form a huge population of the parks wildlife species. Above is a female northern pintail displaying its familiar blue beak. 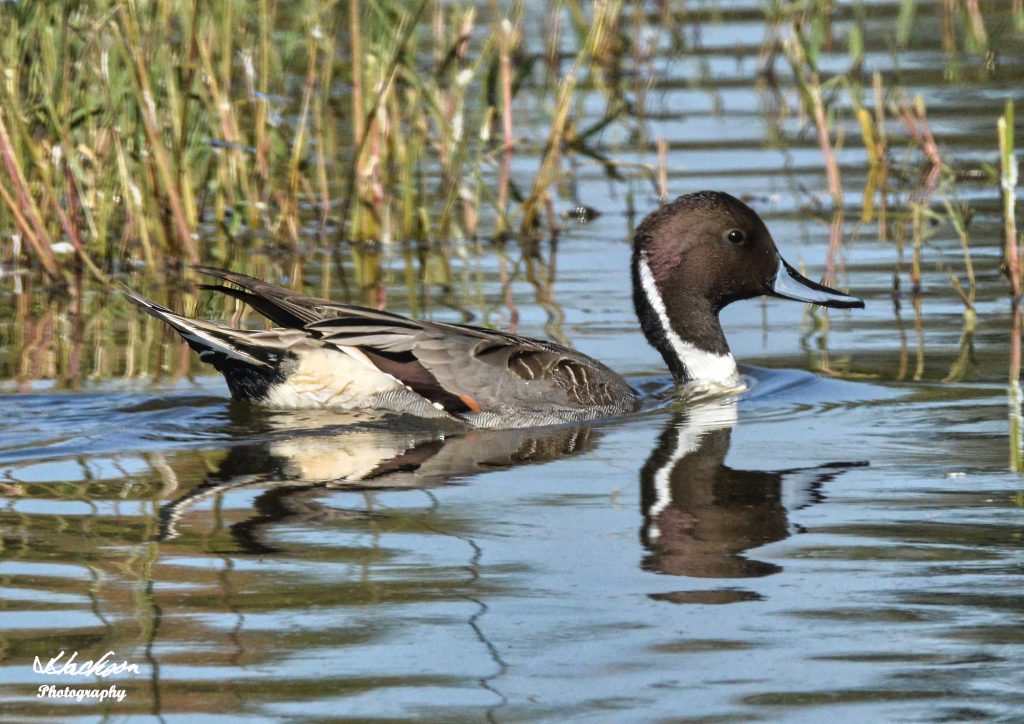 Above is the male version of the northern pintail as it glides among the tule reeds searching for food. 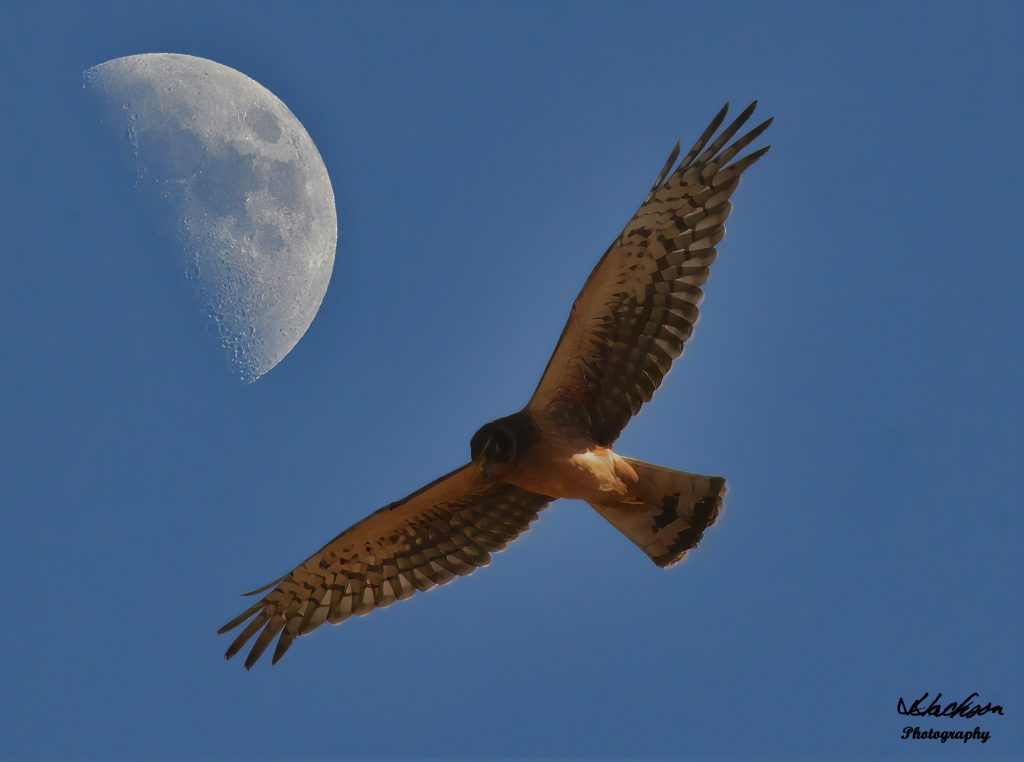 With so many birds in the refuge, it is no wonder that many birds of prey also visit here. Above is a female northern harrier searching the wetlands for a meal. 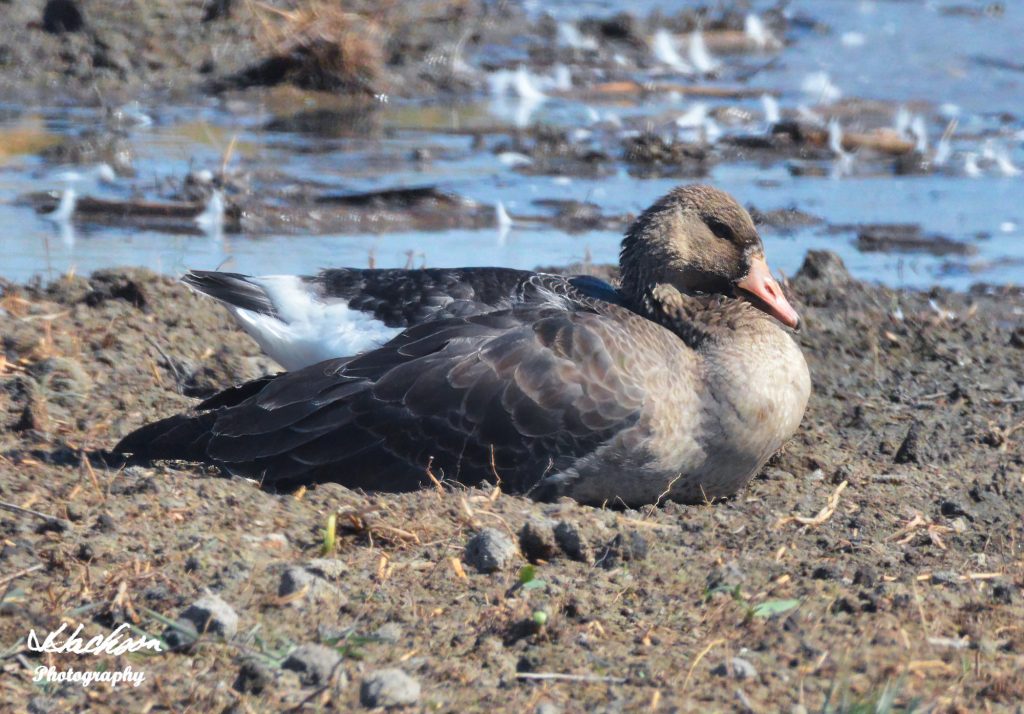 Above, a greater white-fronted goose takes a much needed rest after flying south from the artic region. Soon, several thousand of her kind will join her. 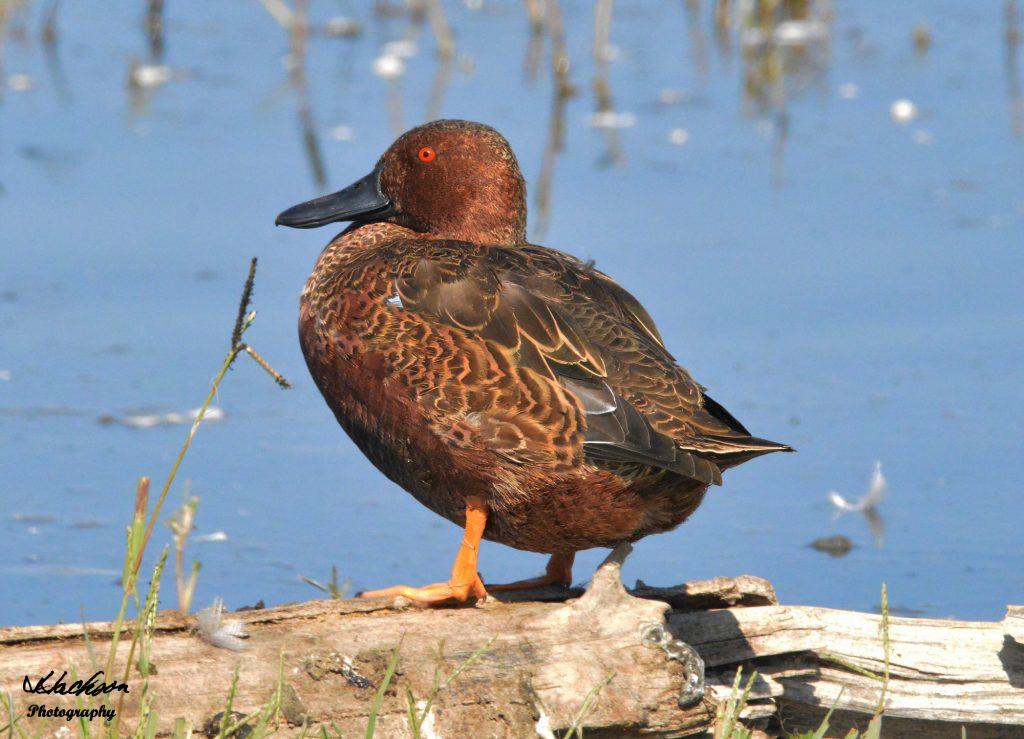 One of the most beautiful ducks that visit the MNWR is the cinnamon teal. This handsome, red-eyed male makes up just another of the many duck species that can be found here. 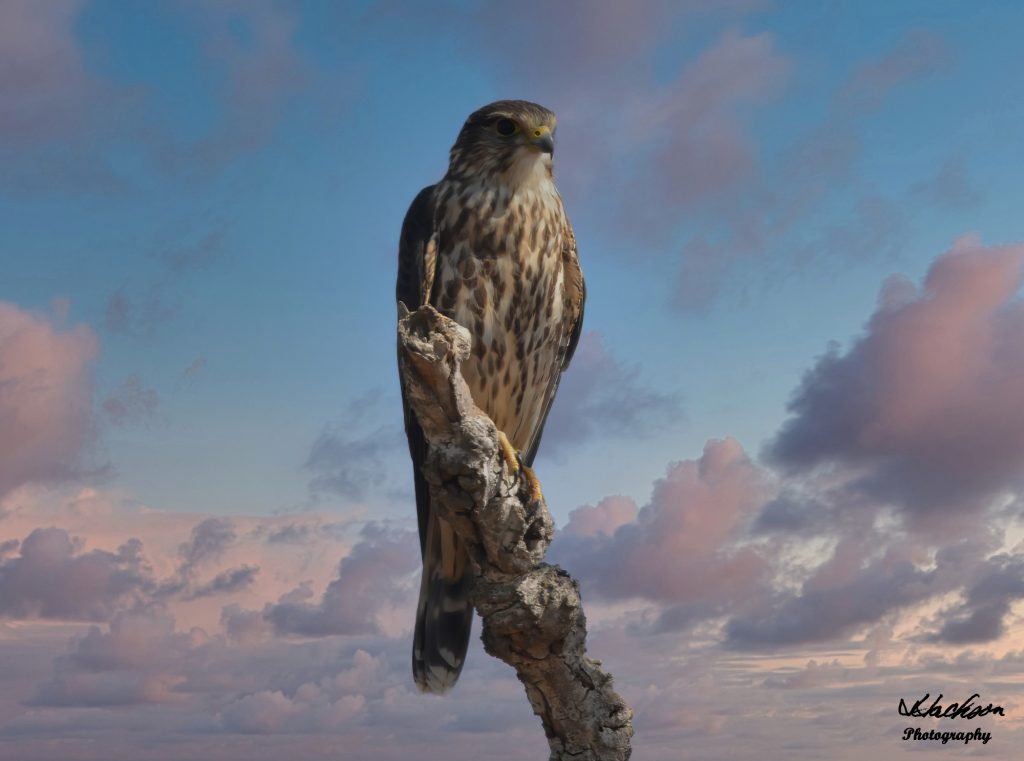 Birds of prey are abundant in the refuge after populations declined during the DDT debacle before it was banned by the EPA in 1972. Above is an impressive merlin, a small falcon that ambushes prey with stealth, surprise, and speed. 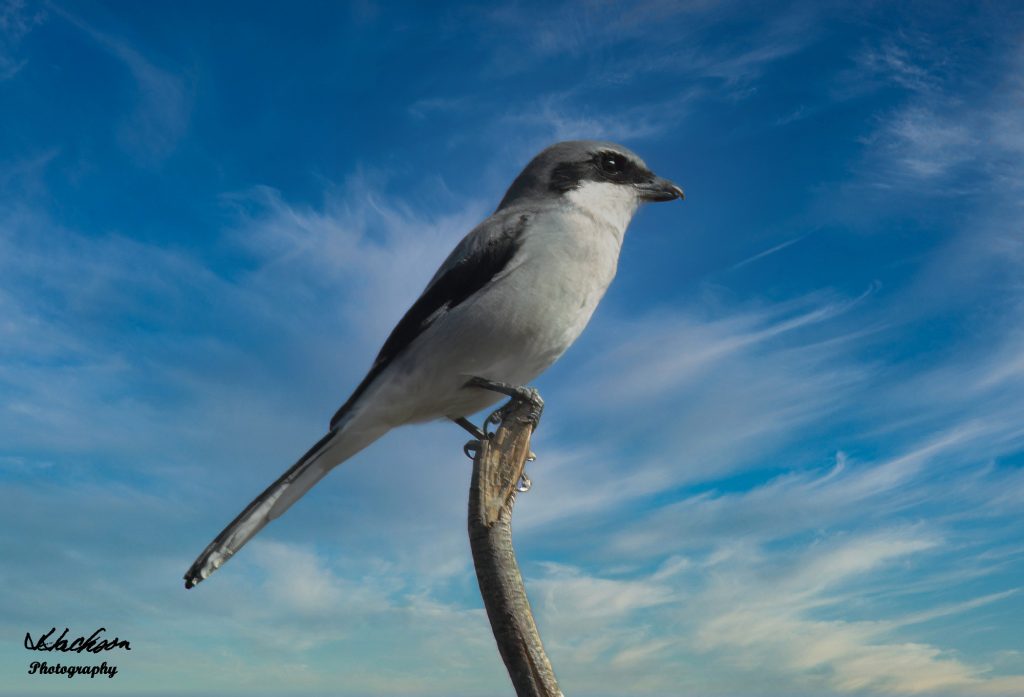 Another remarkable bird that can be found in the refuge is the loggerhead shrike. This bird loves to catch large insects and impale them on the barbs of wire as it devours them! 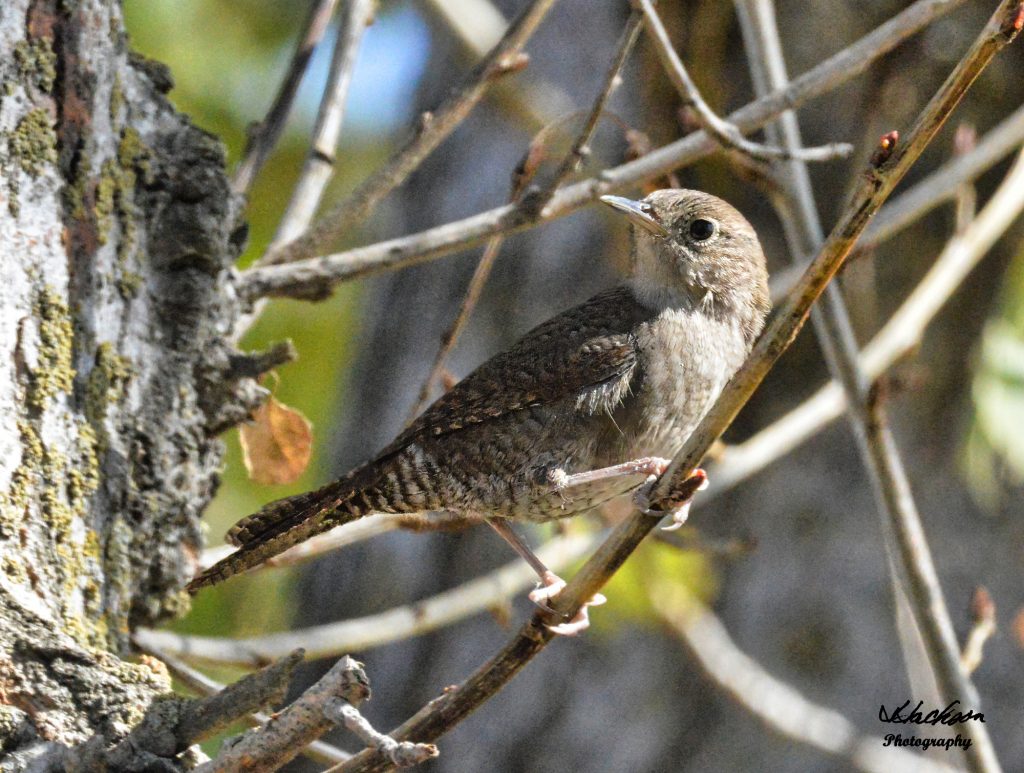 House wrens also make up the ecology of the refuge. They have a spirited disposition and choose some of the most obscure places and items in which to make their nest. 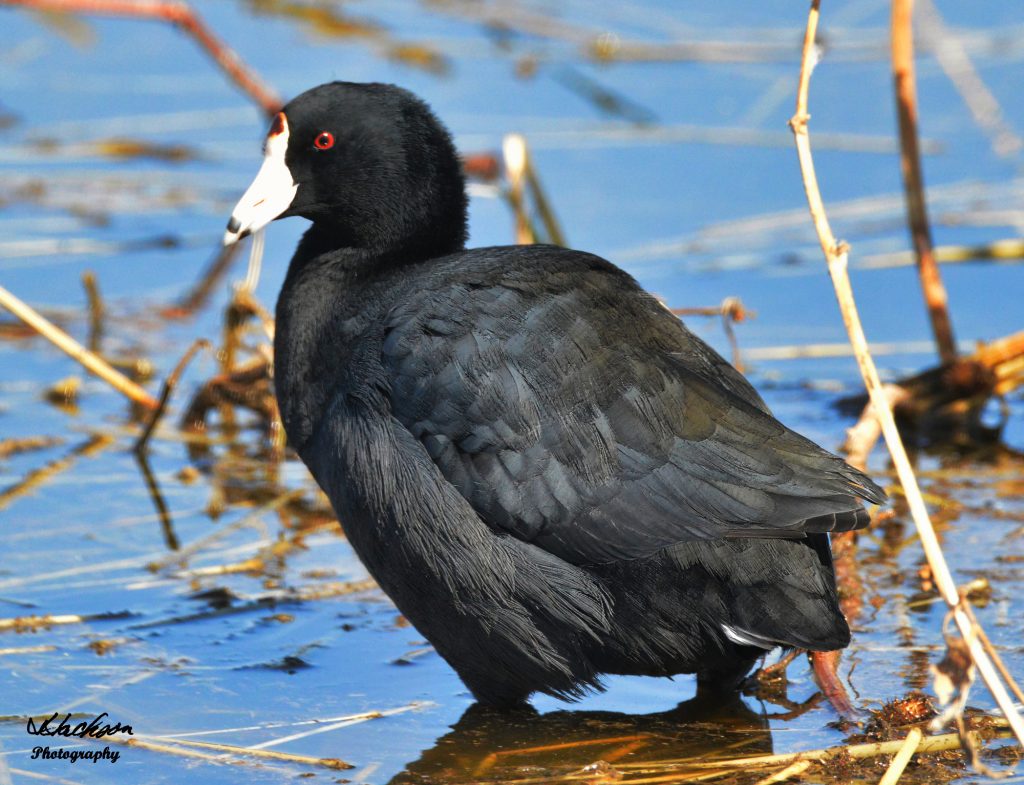 During some parts of the year there is no water and the wild flowers thrive. When the water returns, water loving birds arrive and thrive in this complex haven. Above, the American coot, or mud hen, is impressive in its own way. Their beautiful glossy black feathers shimmer in the sunlight. Their giant feet allow them to forage among the water vegetation. 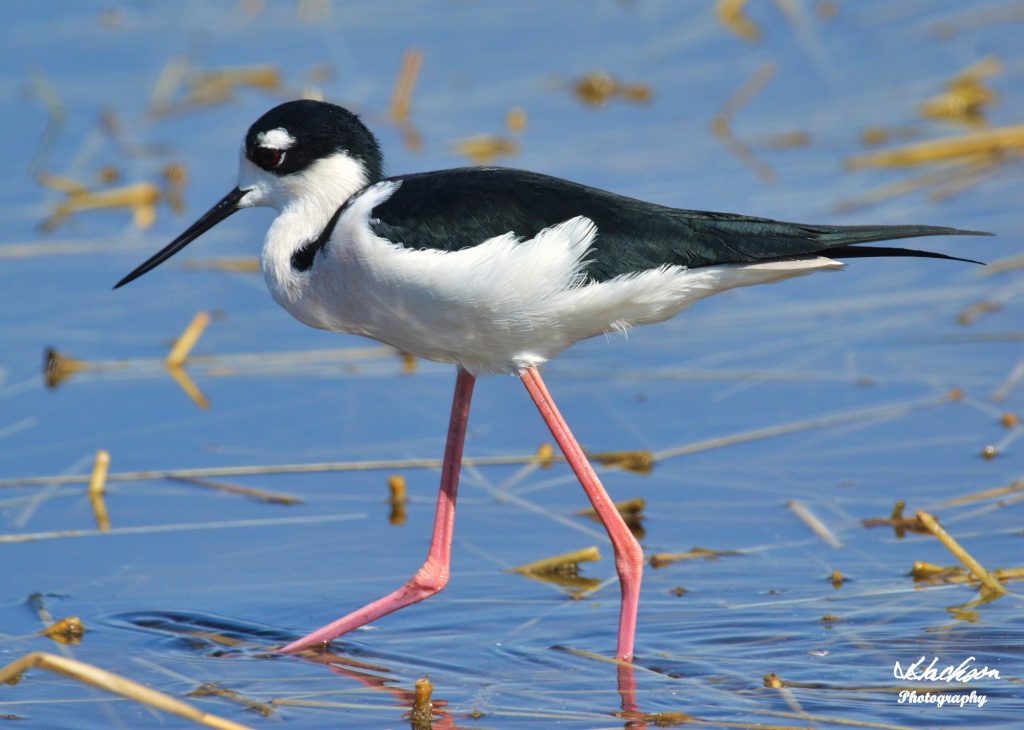 Shorebirds flourish in the refuge. Their diet of insects make them a very useful controller of harmful mosquitoes. The black-necked stilt, above, searches for small aquatic bugs and crustaceans. 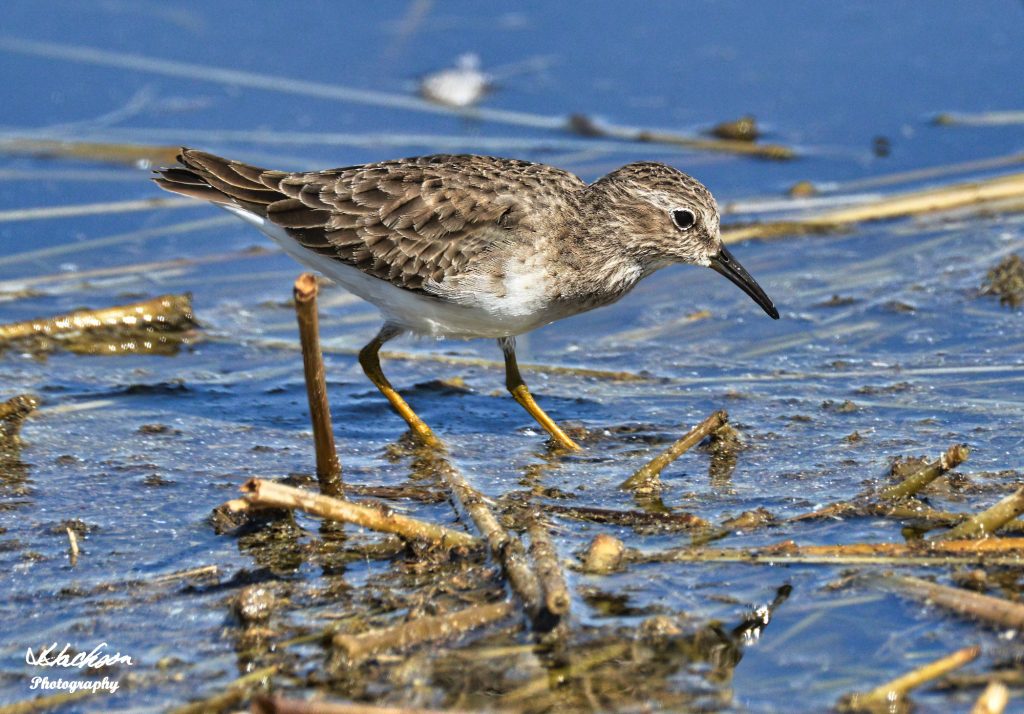 Above, a least sandpiper forages along the shoreline for a late afternoon meal. They are some of the easiest shorebirds to photograph. 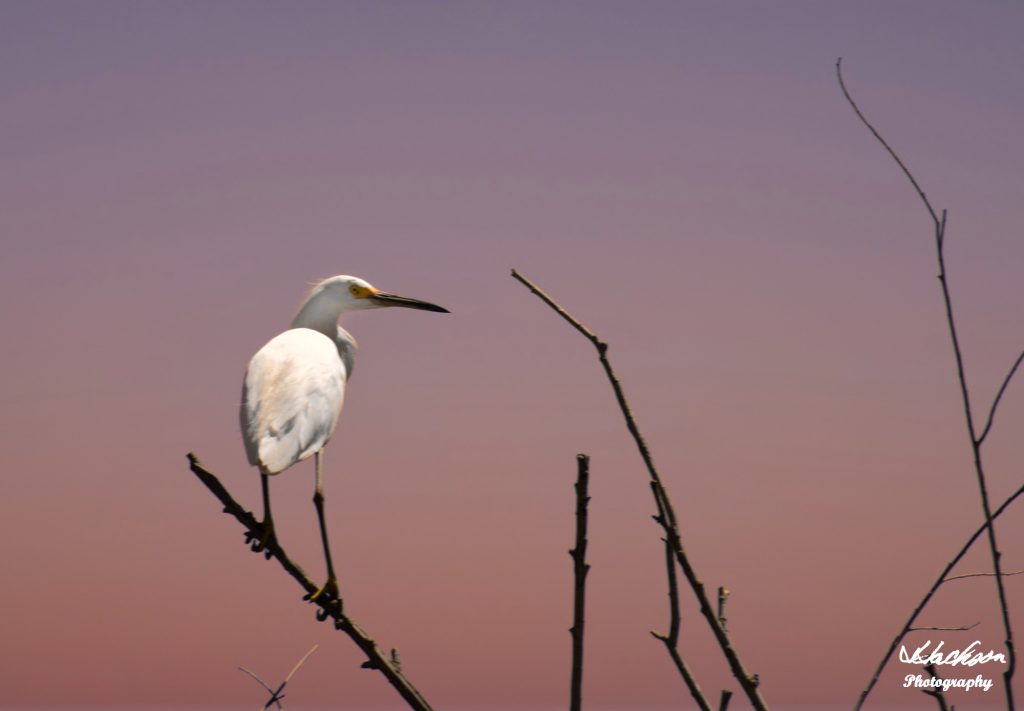 The refuge is open one half hour before sunrise and stays open until one half hour after sunset. Throughout the day there will be numerous opportunities to observe birds in their natural setting. At times the lighting will change drastically, providing dramatic photo opportunities. The snowy egret above surveys the wetlands which are part of his domain. 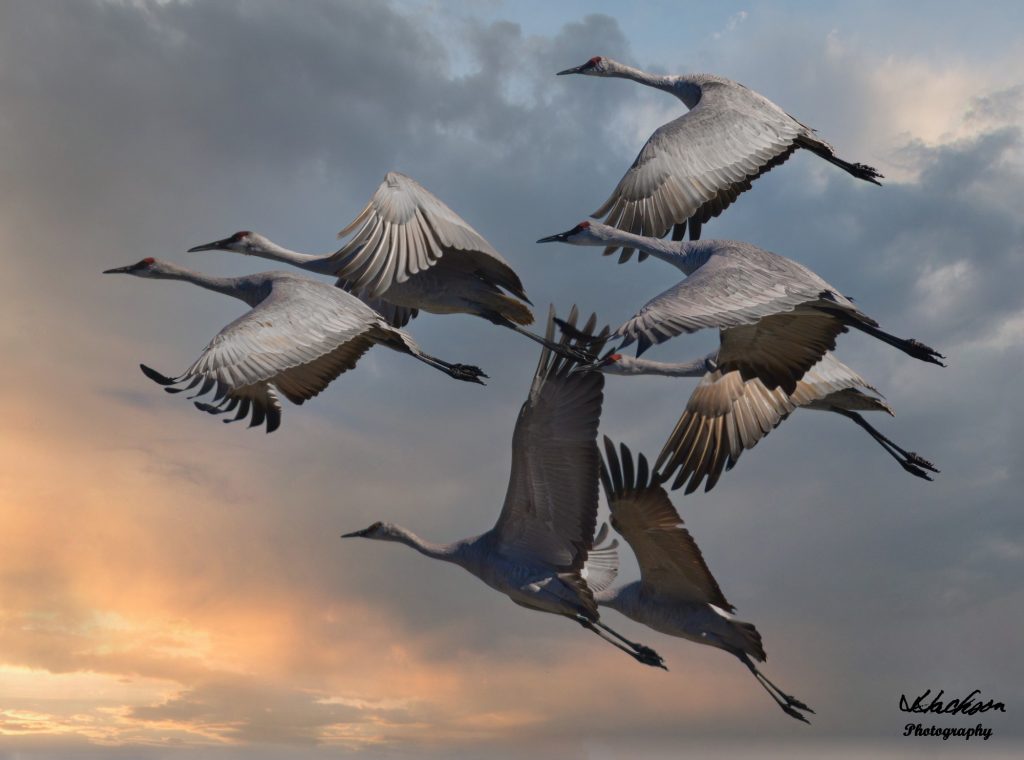 A visit to the Merced National Wildlife Refuge is worth the experience and to see the magnificent sandhill cranes will certainly add another drop in the bucket!