Sharjah, The Pearl of the Gulf 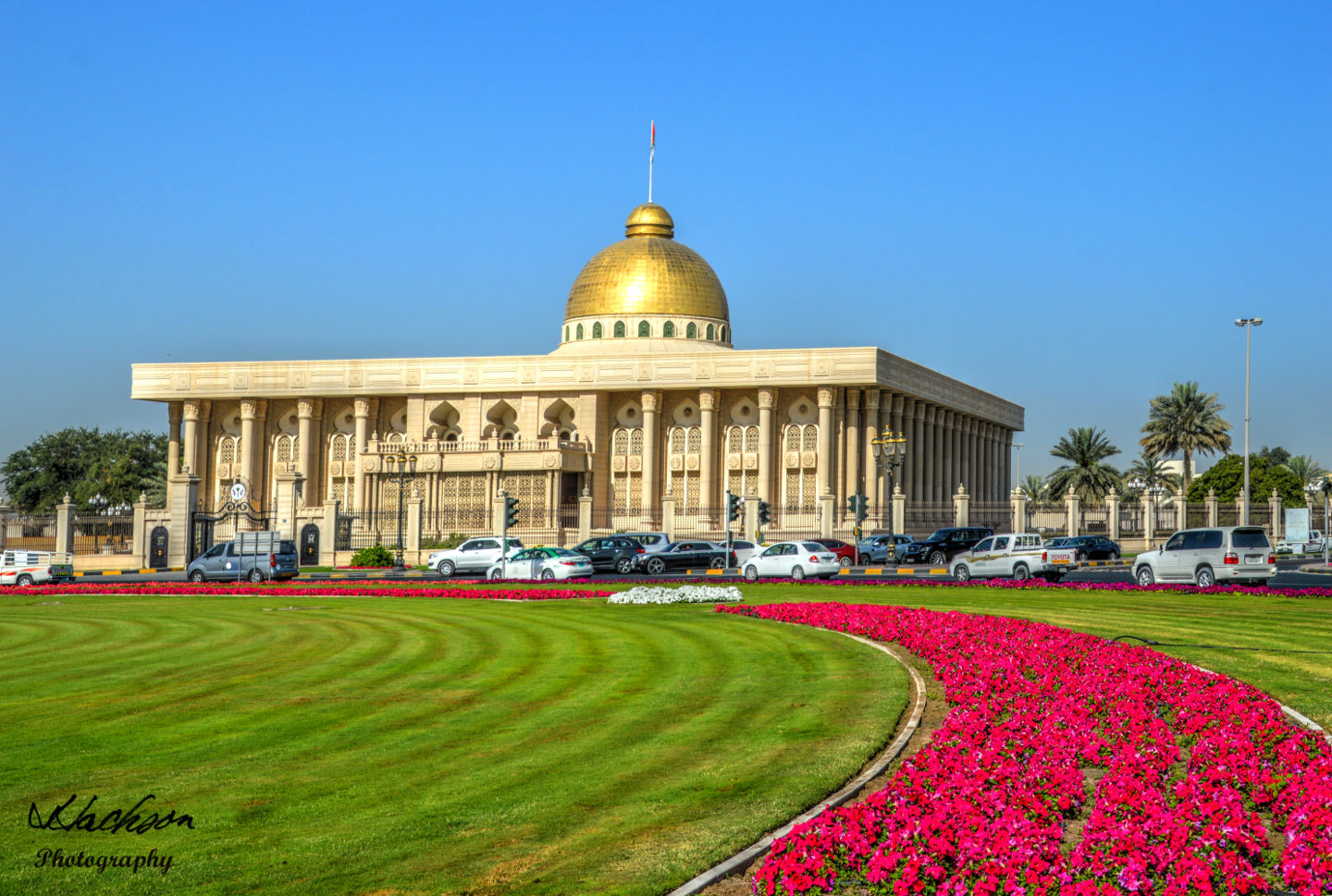 Today was rather uneventful compared to our wonderful day yesterday when we went on the desert safari. This morning we drove by tour bus to the city of Sharjah, about a 30-minute ride from Dubai on the E11 highway. 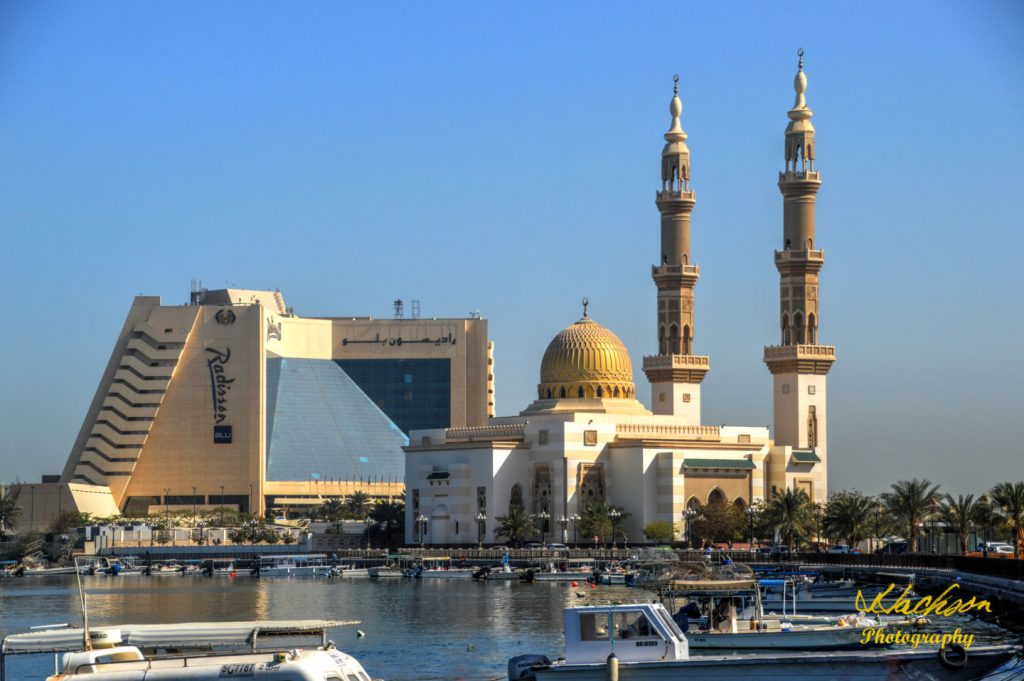 As usual, I am suffering from jet-lag. I fall asleep fast when I go to bed in the evening, stay in a solid slumber, then at about 3 AM I am wide awake. Of course at about an hour before waking time, I fall back into a coma-like sleep only to be awakened by the damn alarm. 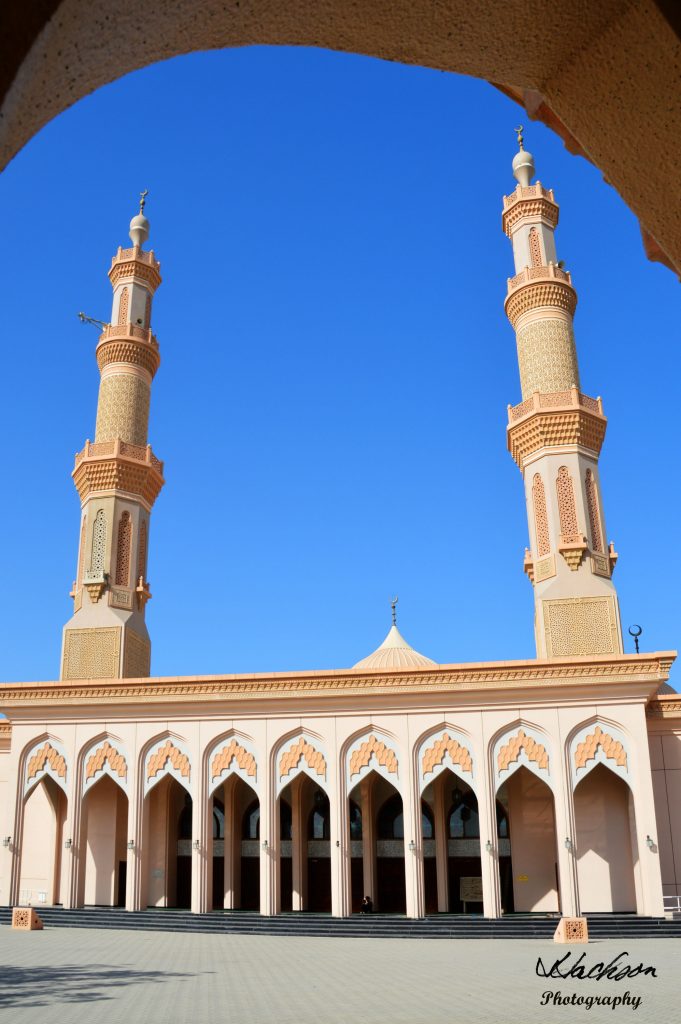 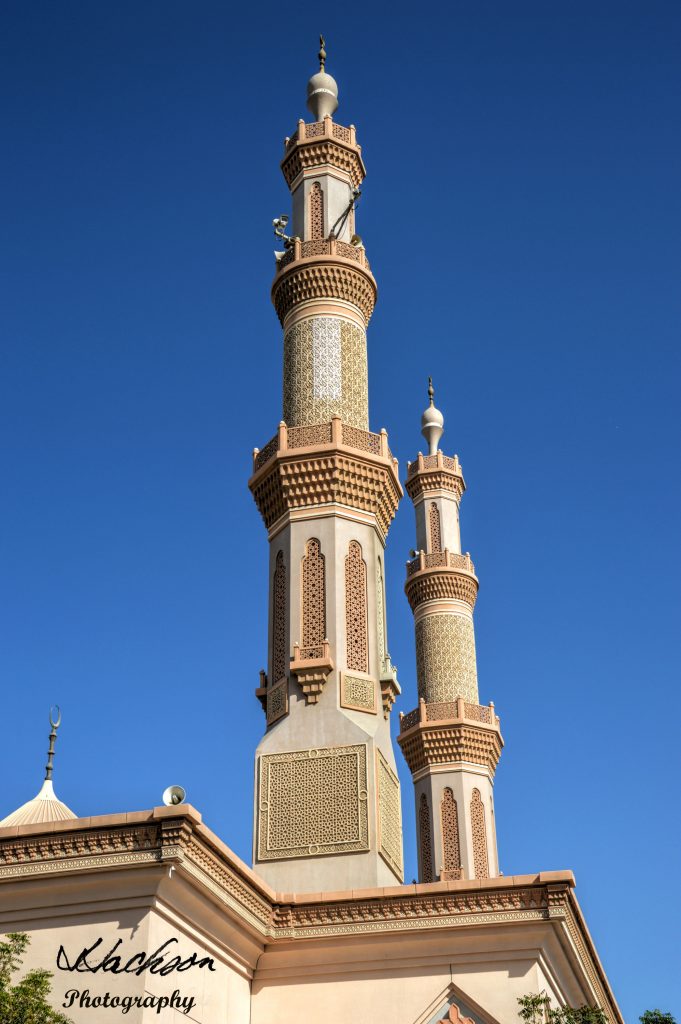 Sharjah, known as the “Pearl of the Gulf” is the third largest and third most populous city in the United Arab Emirates, forming part of the Dubai-Sharjah-Ajman metropolitan area. It is located along the southern coast of the Persian Gulf on the Arabian Peninsula. 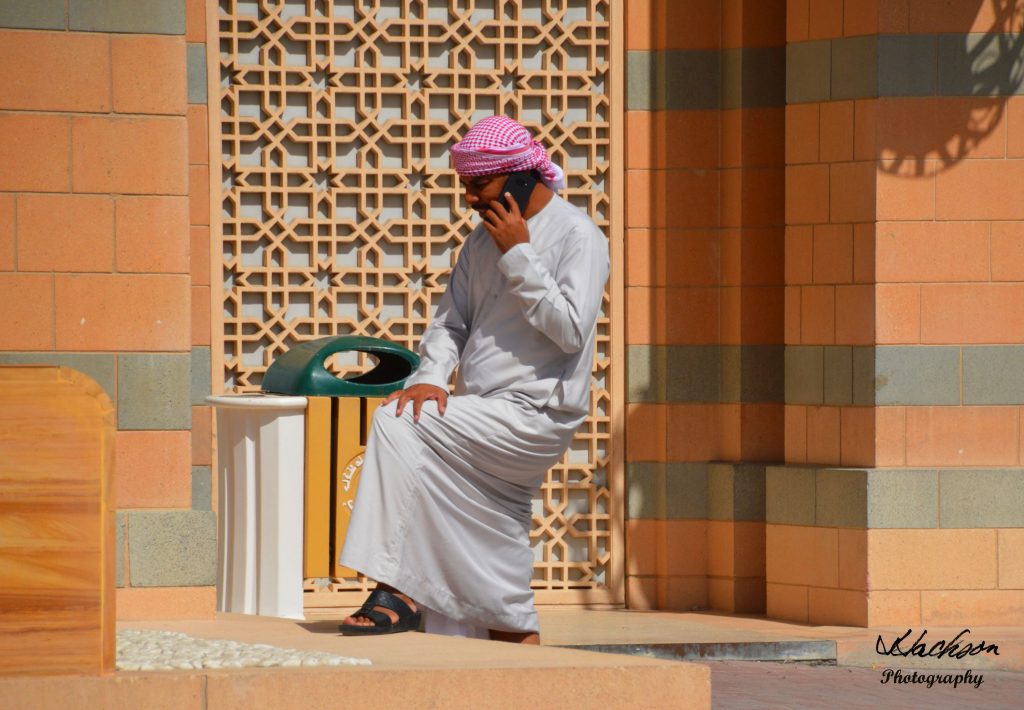 Sharjah is the capital of the emirate of Sharjah. Sharjah shares legal, political, military and economic functions with the other emirates of the UAE within a federal framework, although each emirate has jurisdiction over some functions such as civil law enforcement and provision and upkeep of local facilities. Sharjah has been ruled by the Al Qasimi dynasty since the 18th century. 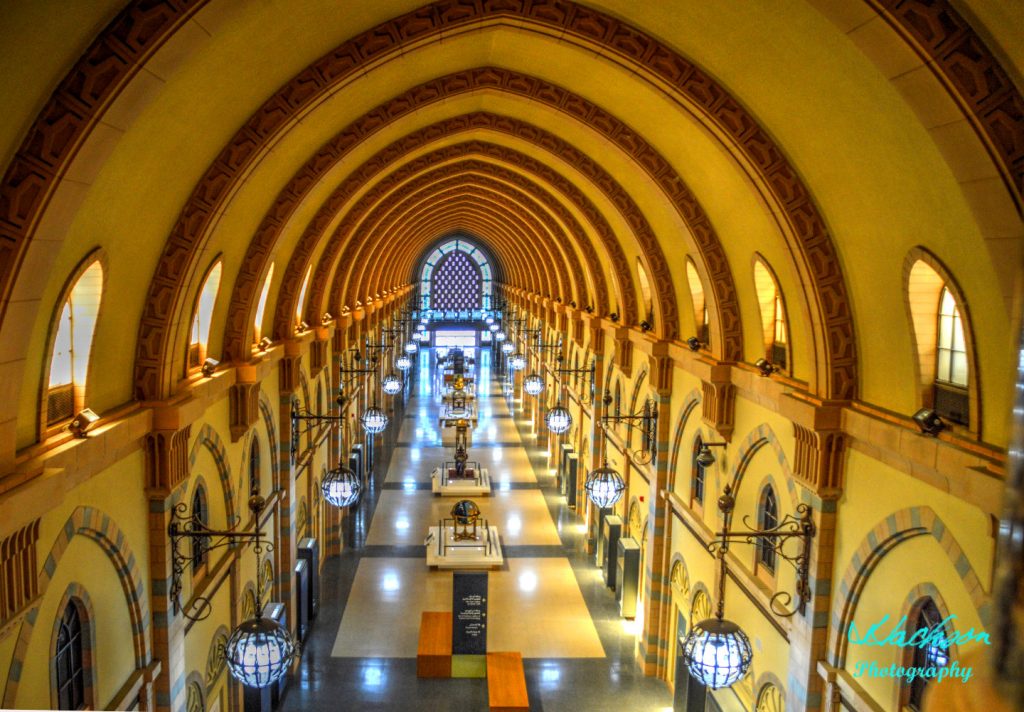 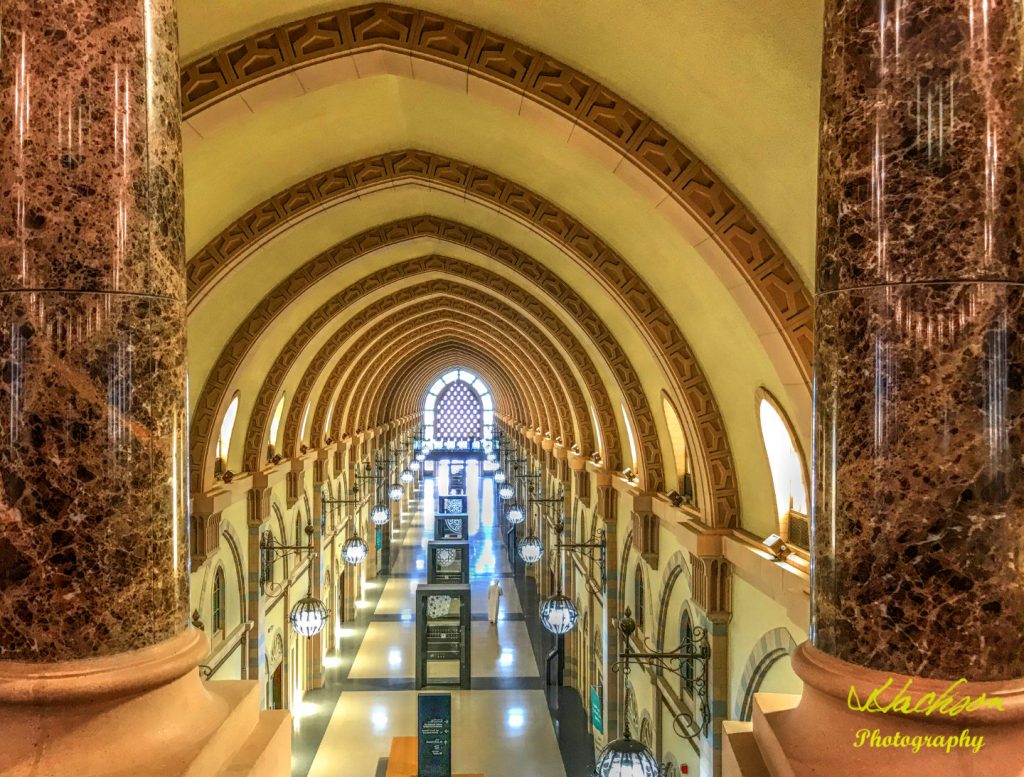 Above: The interior of the Sharjah Museum of Islamic Civilization 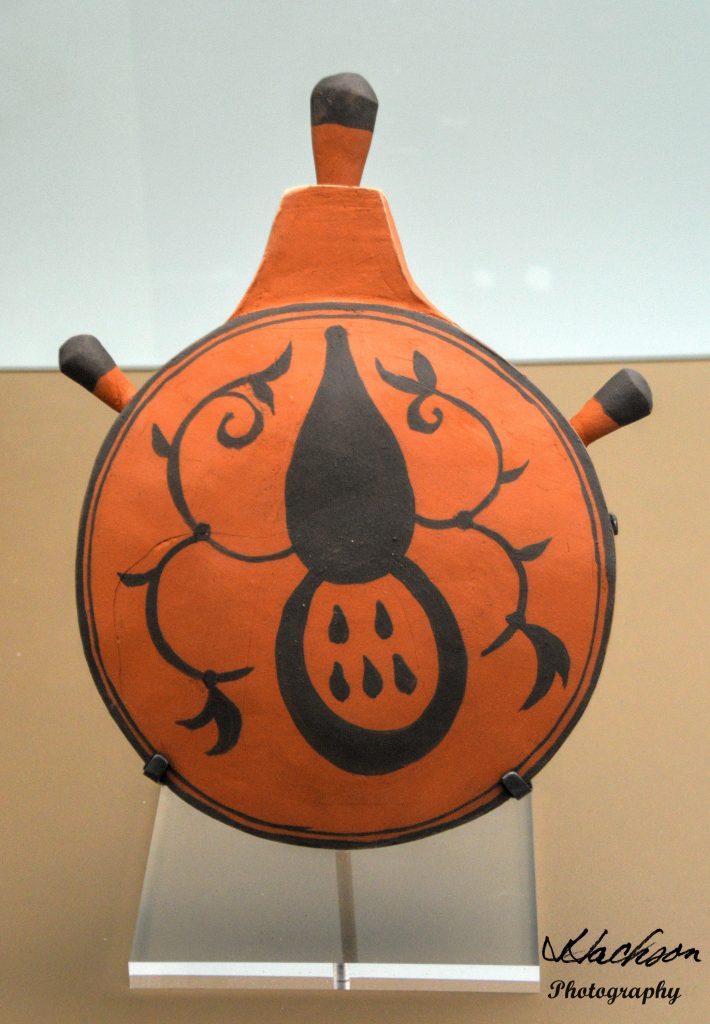 Above: An artifact in the Sharjah Museum of Islamic Civilization 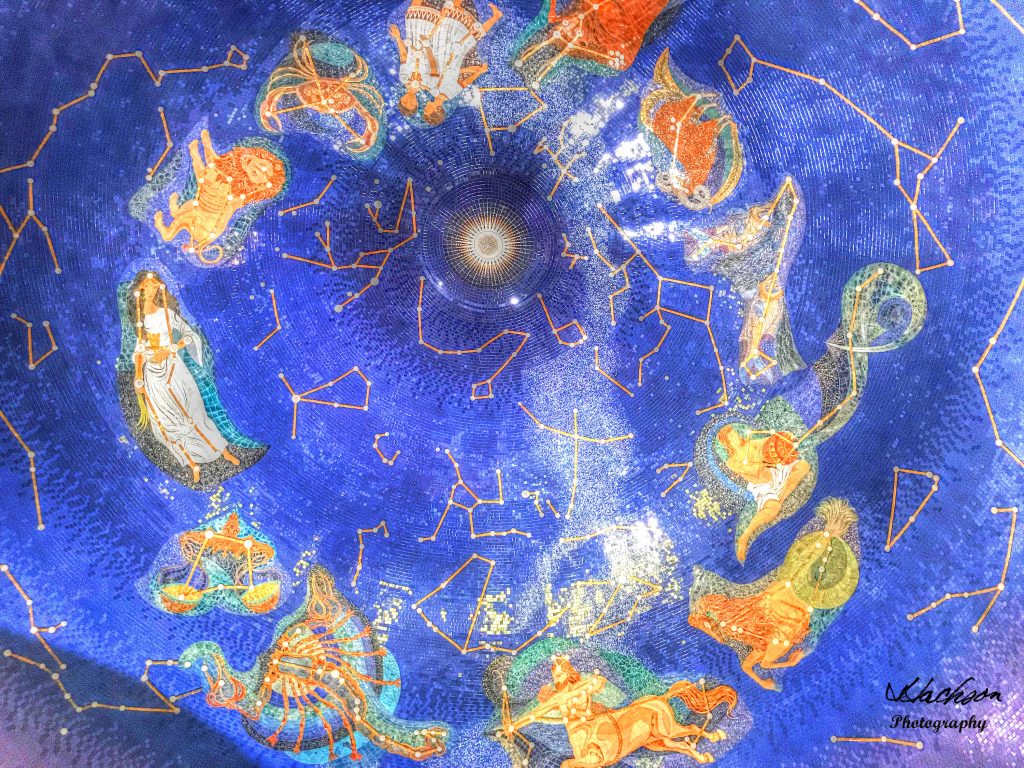 Above: The detailed mosaic tiled ceiling inside the Sharjah Museum of Islamic Civilization

Our tour today took us to the Sharjah Museum of Islamic Civilization, the Mosque Al Imam Ahmad Bin Hanbal, and the famous Blue Souk.  We saw the Masjid al-Maghfirah mosque and massive Radisson Hotel on the Corniche, along the harbor that was filled with many fishing boats and transport ships.  The city is a center of culture and industry, and alone contributes nearly 10% of the GDP of the United Arab Emirates. The city covers an approximate area of 235 km² and has a population of almost 1.5 million people. 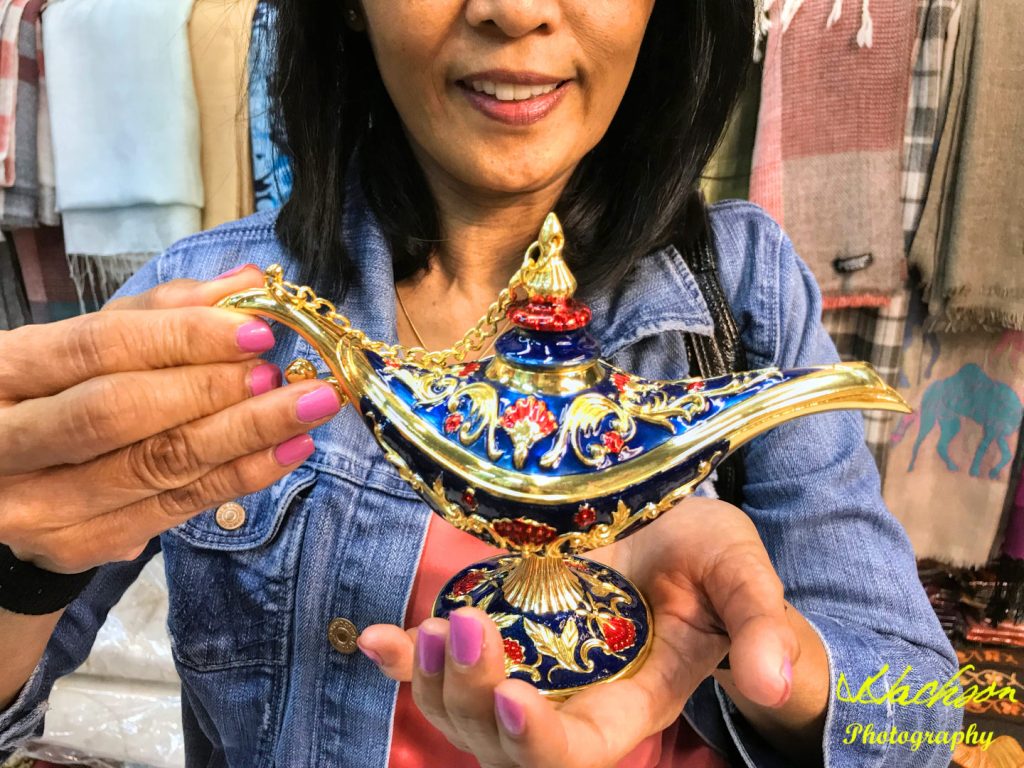 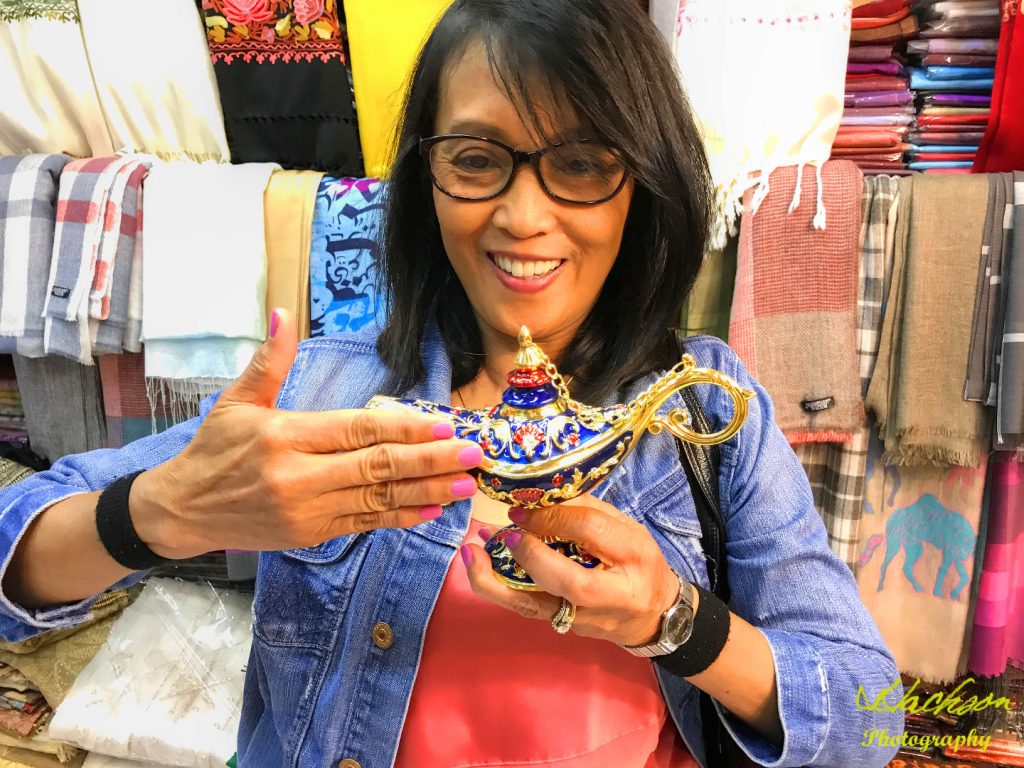 Above, a magic lantern found at the Blue Souk

Below: Candy making at the Sharjah Heritage & Culture Village 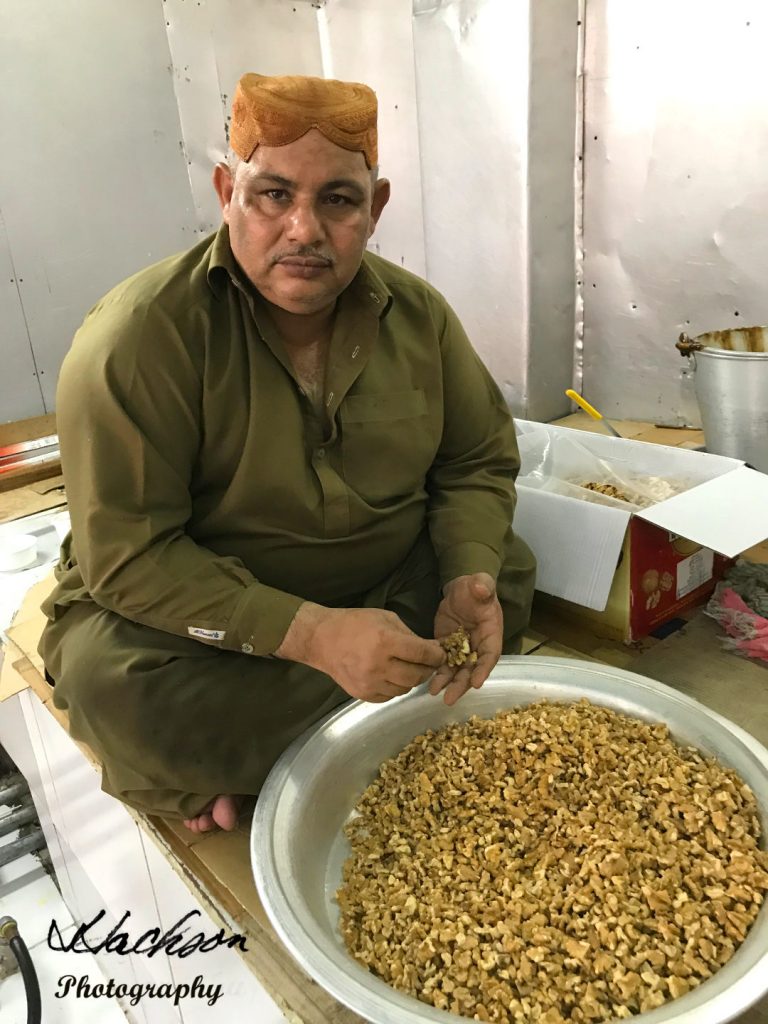 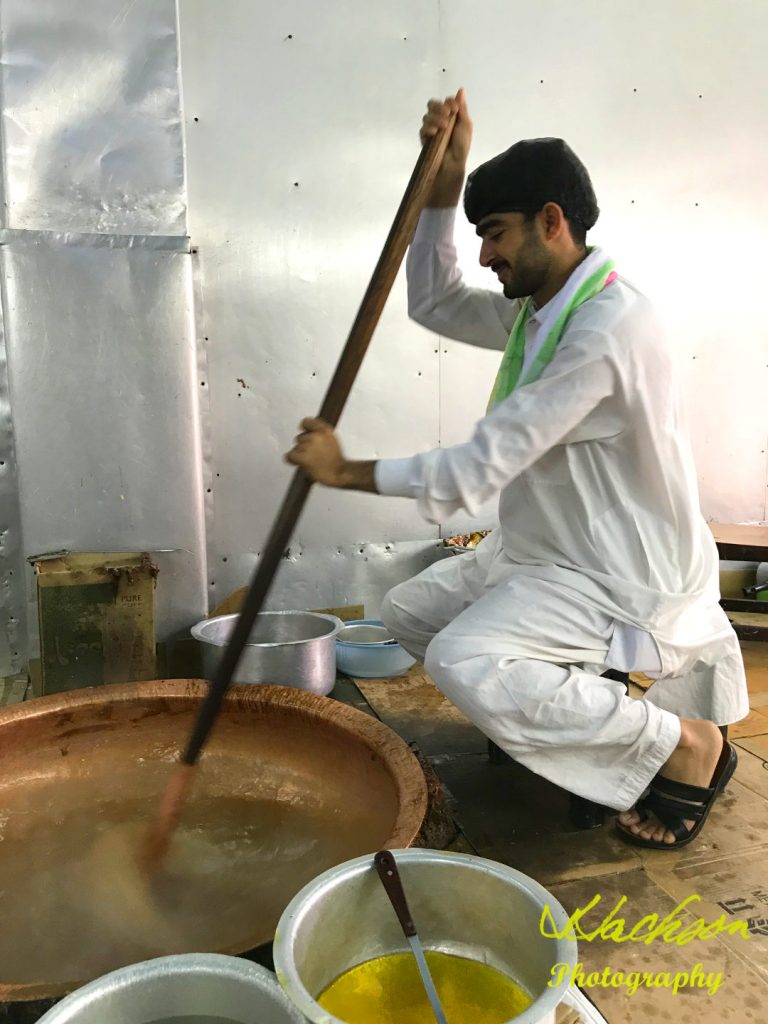 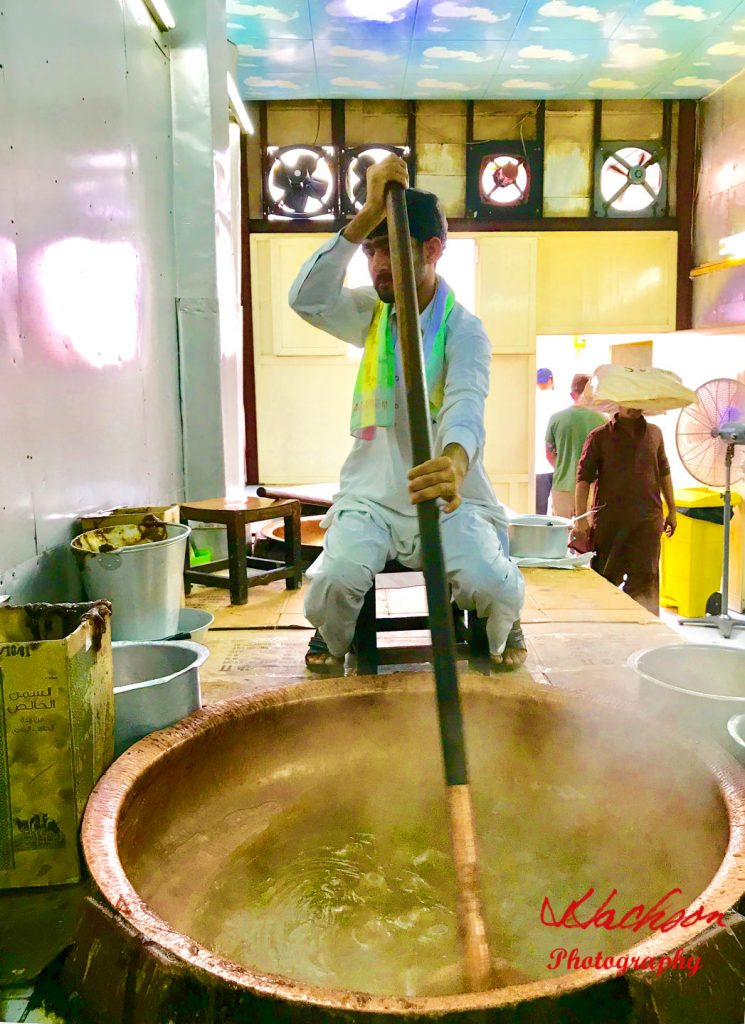 The sale or consumption of alcoholic beverages is prohibited in the emirate of Sharjah without possession of an alcohol license and alcohol is not served in Sharjah hotels, restaurants or other outlets due to the Muslim majority in the area. This has helped Sharjah increase the number of Islamic tourists who visit the country. Sharjah has been officially named as a WHO healthy city. The 2016 edition of QS Best Student Cities ranked Sharjah as the 68th best city in the world to be a university student. Sharjah is regarded as the cultural capital of the UAE and was the Islamic culture capital in 2014. 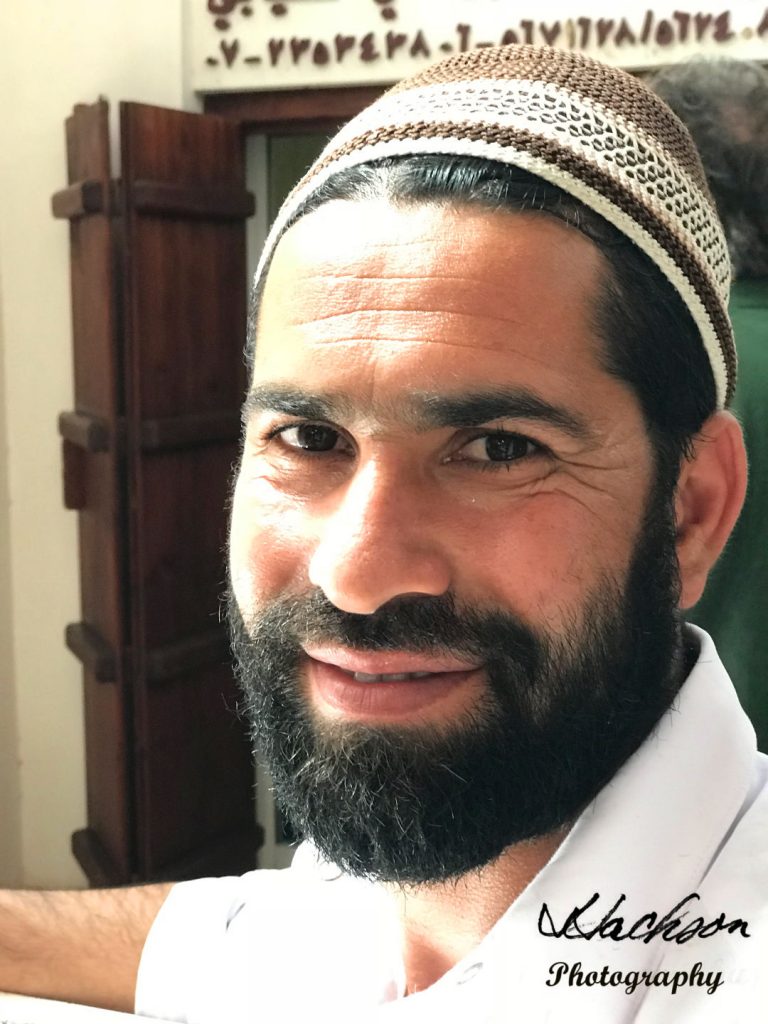 Above: A friendly merchant at the Sharjah Heritage & Culture Village

A visit to Sharjah is not complete without a stroll in the souks, where you can bargain for jewelry, handicrafts, and carpets, and many other regional specialties including antiques. Visit the Souk Al Arsah, the oldest in the country, and Souk Al Markazi, the largest souk in Sharjah with over 600 shops where bargaining is an essential part of the shopping experience.

Below: The Sharjah Fish Market 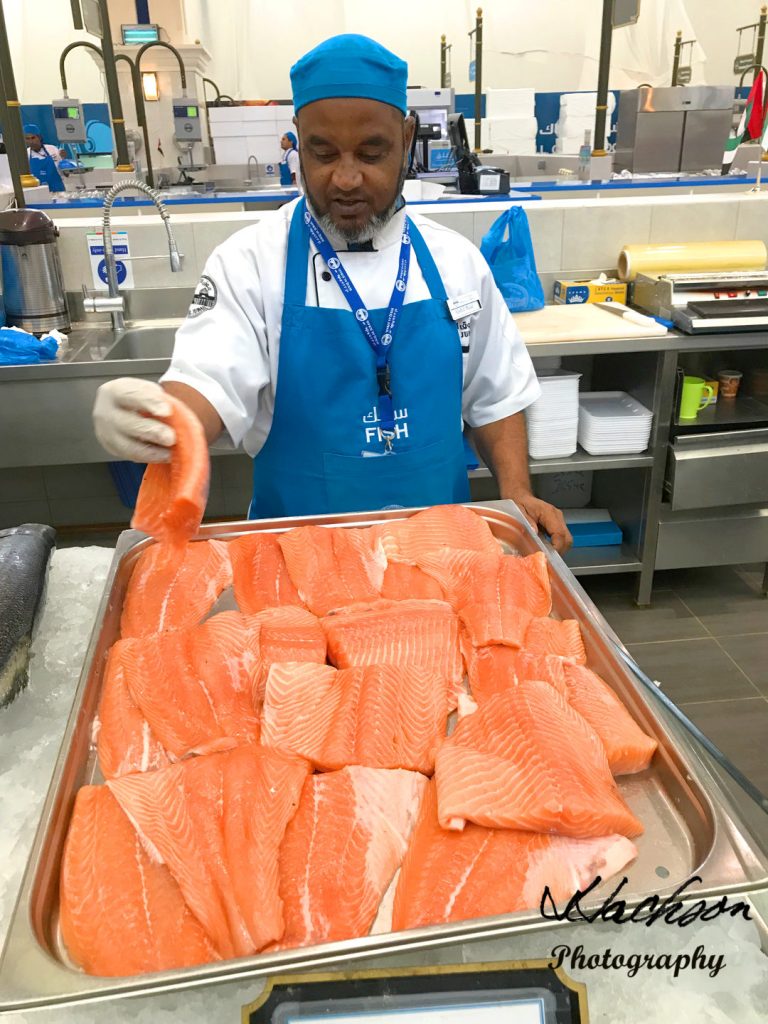 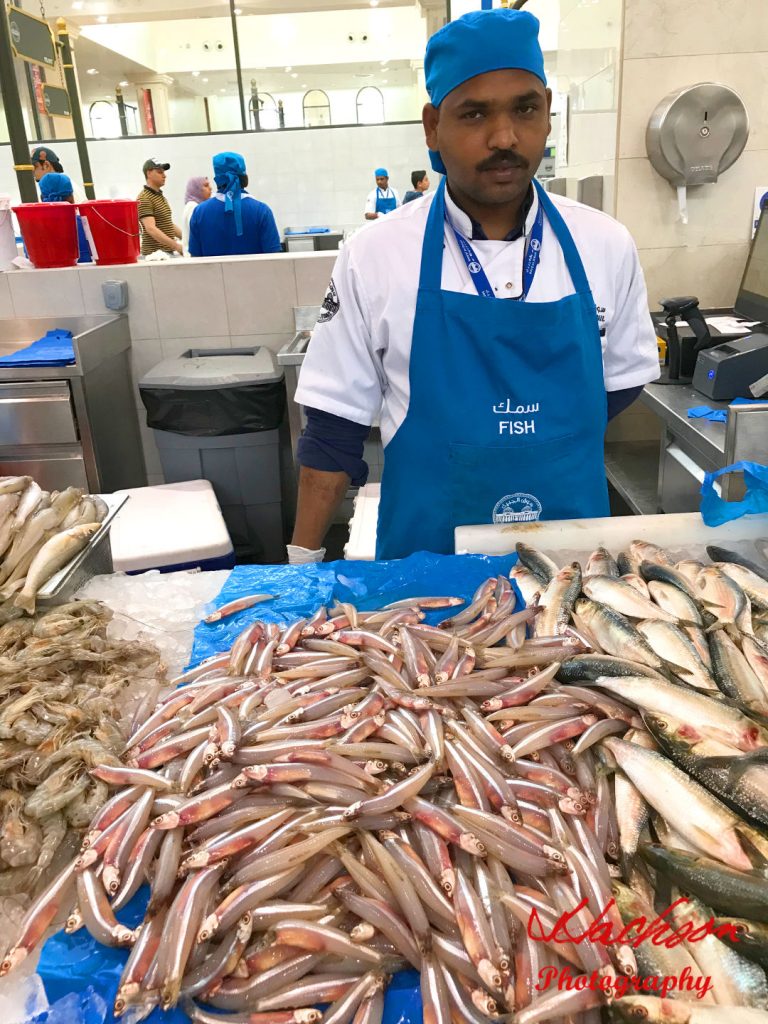 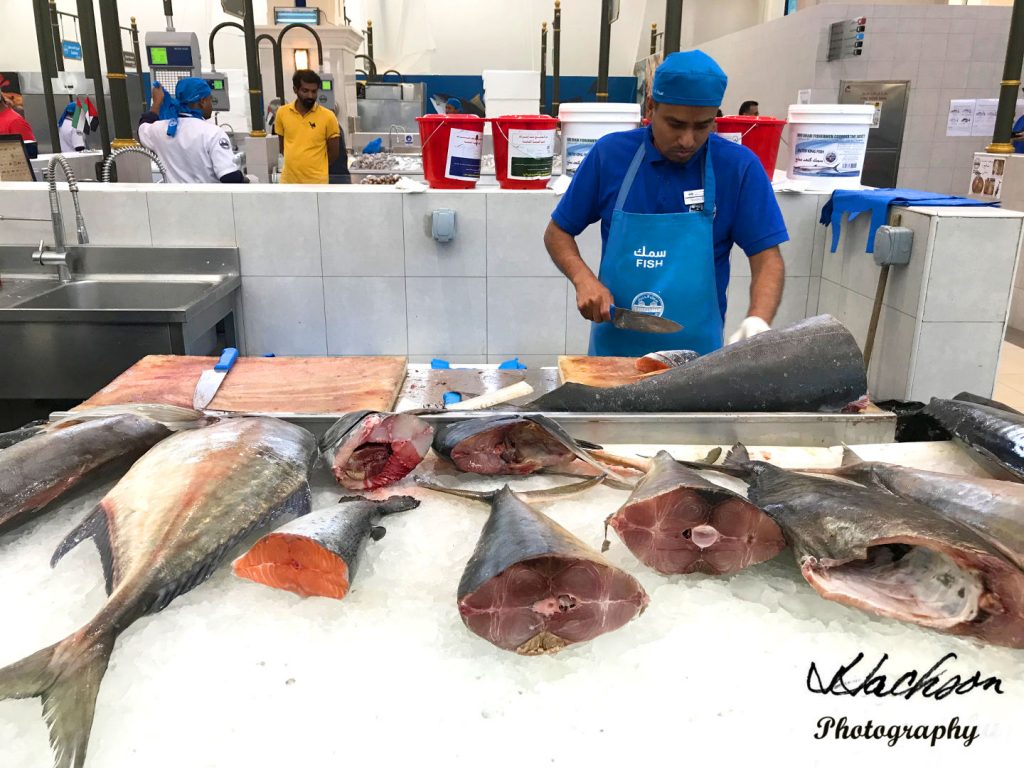 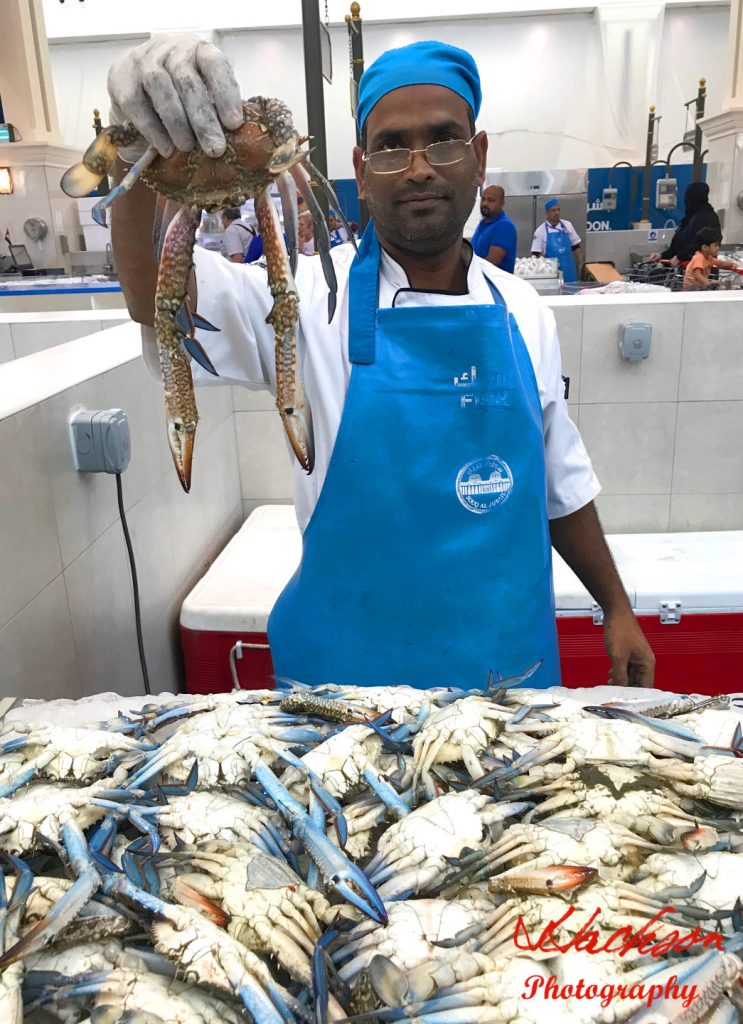 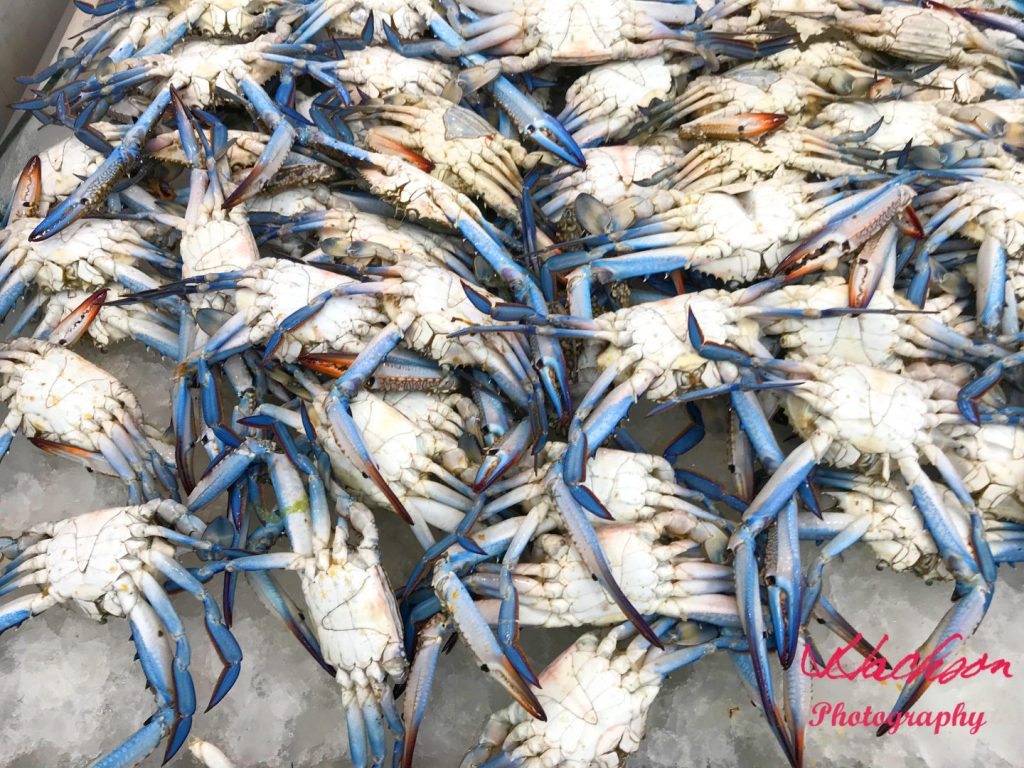 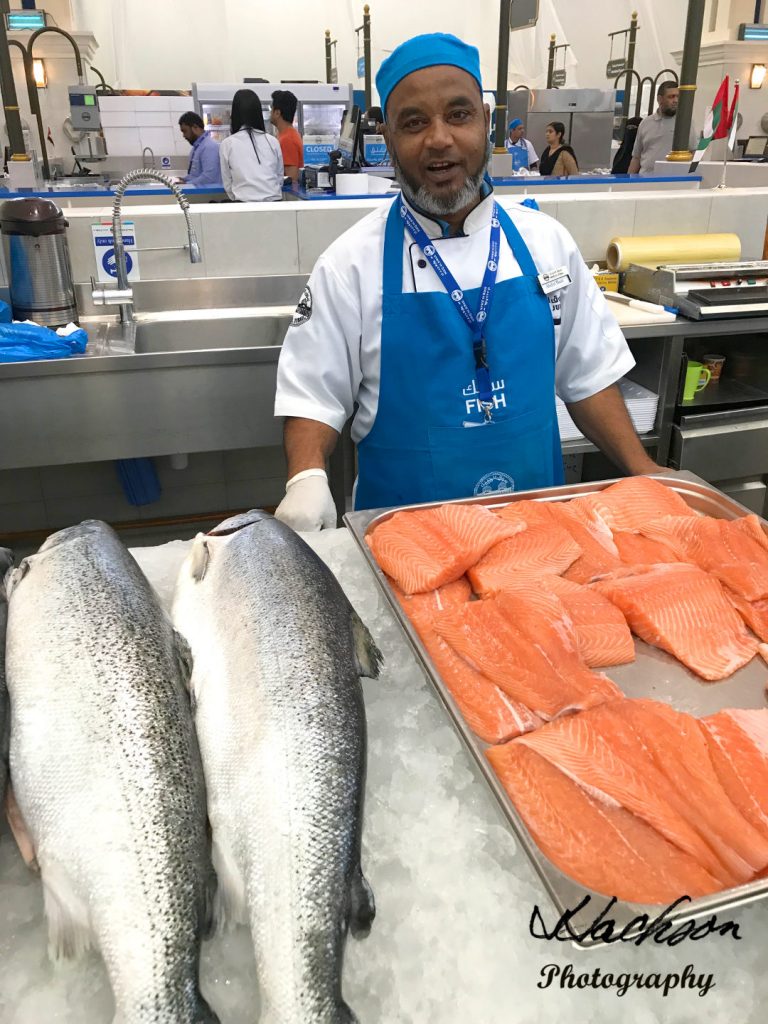 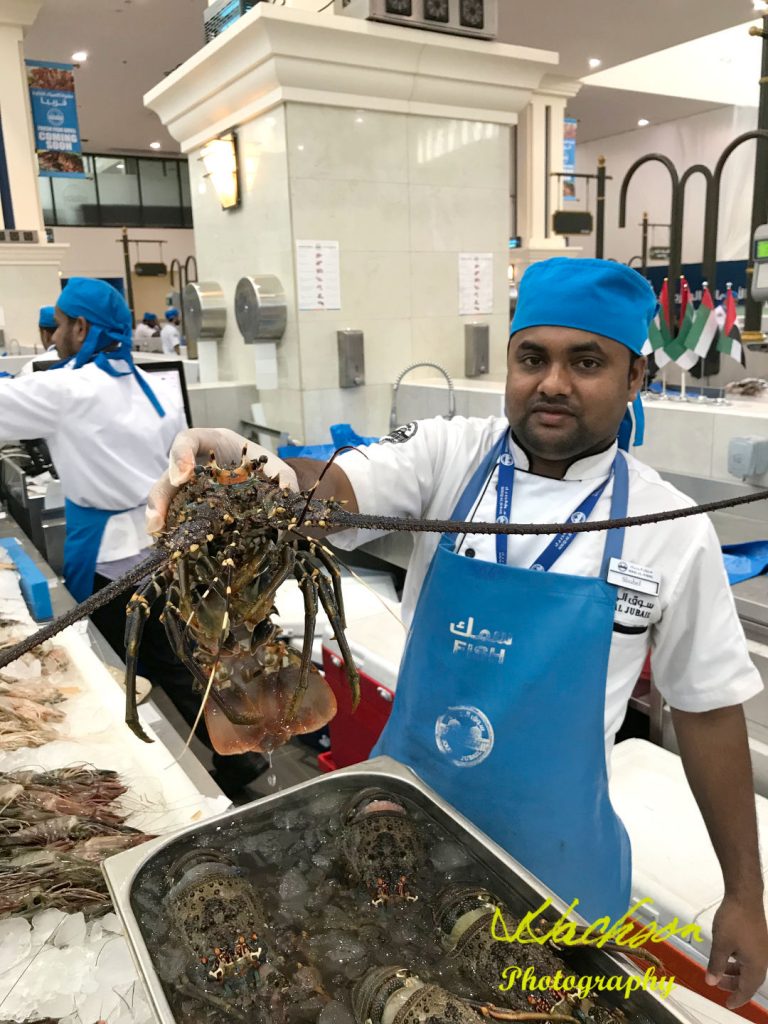 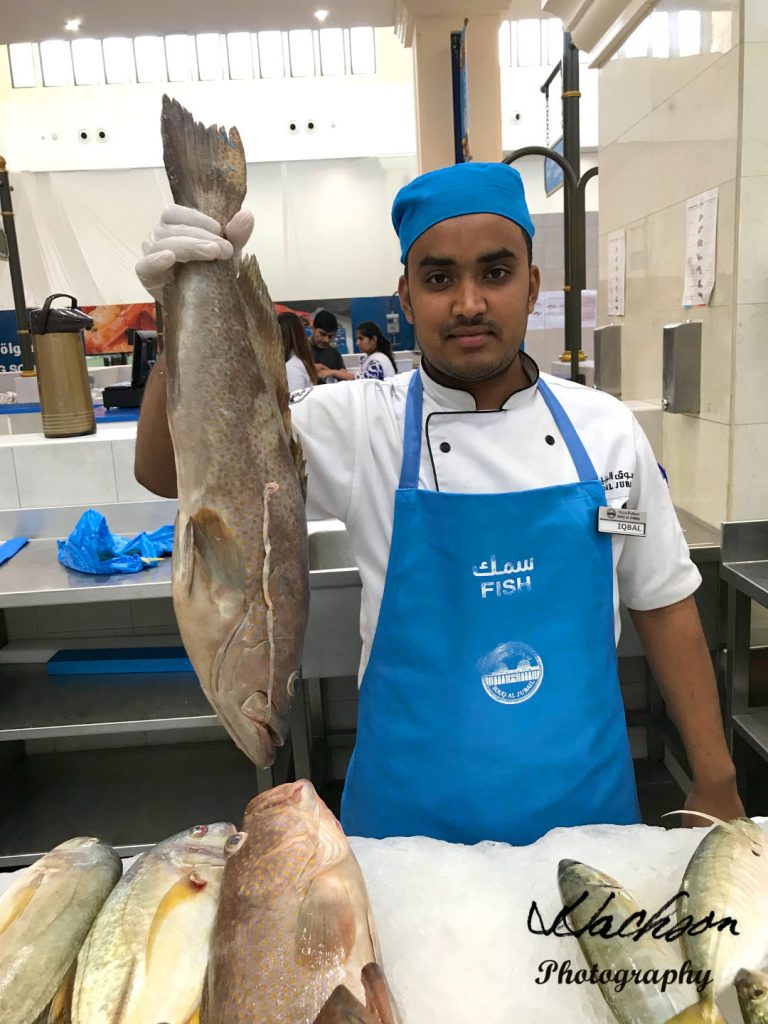 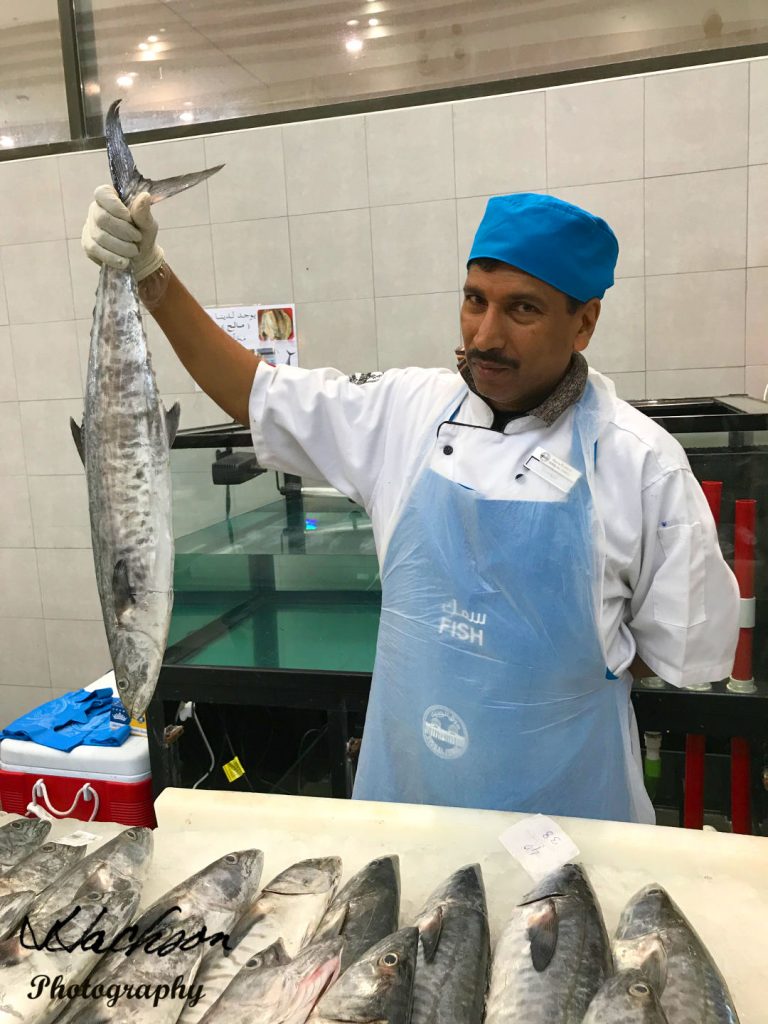 For me, the highlight of this trip to Sharjah was the fish market.  Markets, especially fish and vegetable markets, are places that I love to visit if the there happens to be one in the city we visit.  The really odd thing about this particular fish market is just about everything!  First, it’s like walking into a hospital.  It is so clean and has no fishy smell despite thousands of fish and other kinds of seafood being sold there.  Secondly, there are two special rooms, sealed off, where they actually butcher the fish.  The cut pieces are then sent to the seller tables and they are remarkably clean.  The Sharjah government imposed a law whereby they control the price of the fish.  They buy the fish from the fisherman, set the price they sell to the fishmongers so that there are a fixed price and no ridiculous haggling.  You buy the fish from the seller who gives you a tag which you take to a cashier where you pay for the fish/seafood.  I took many photos of this wonderful place. 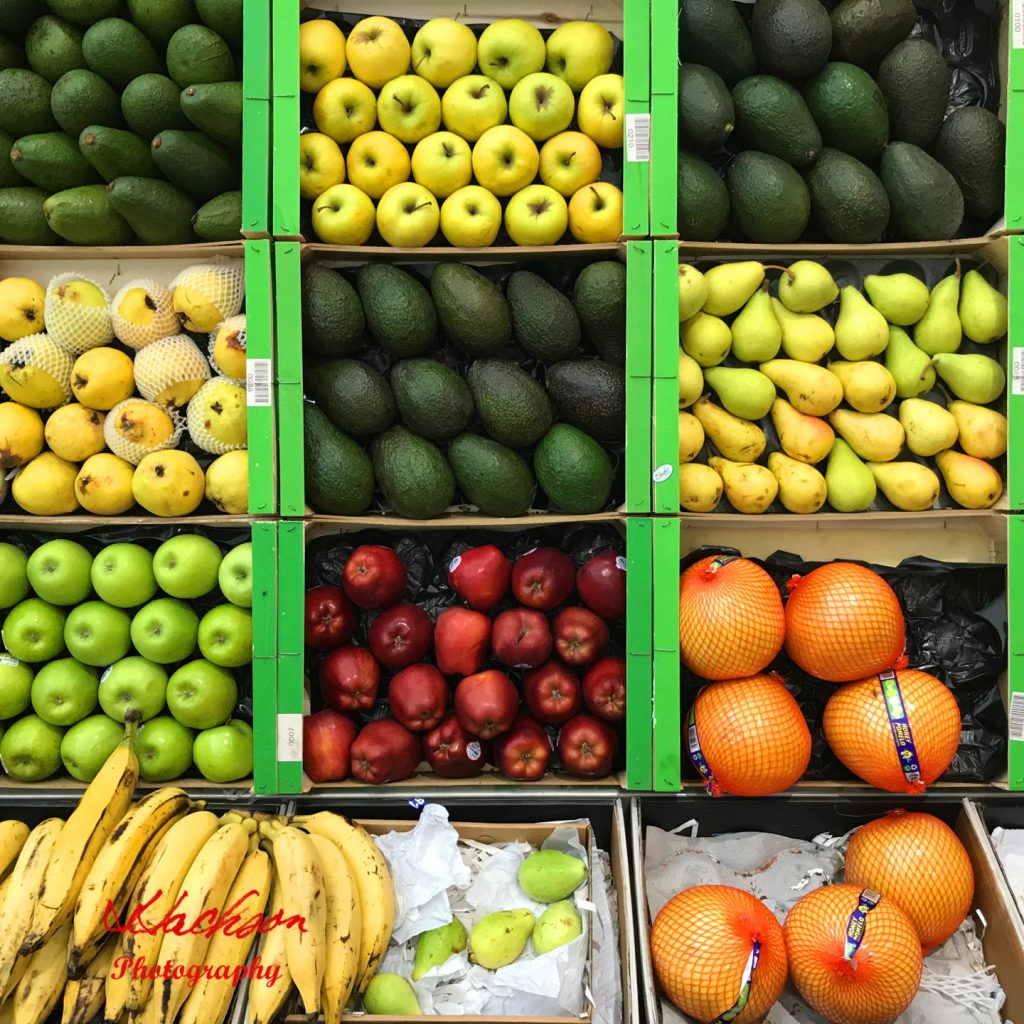 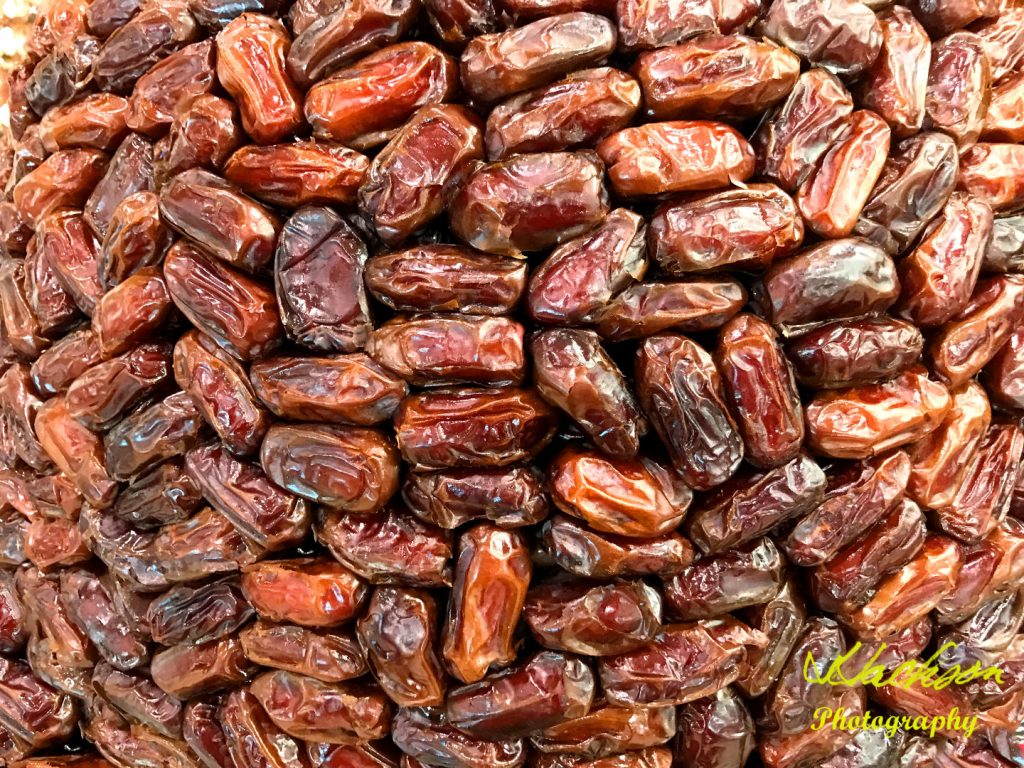 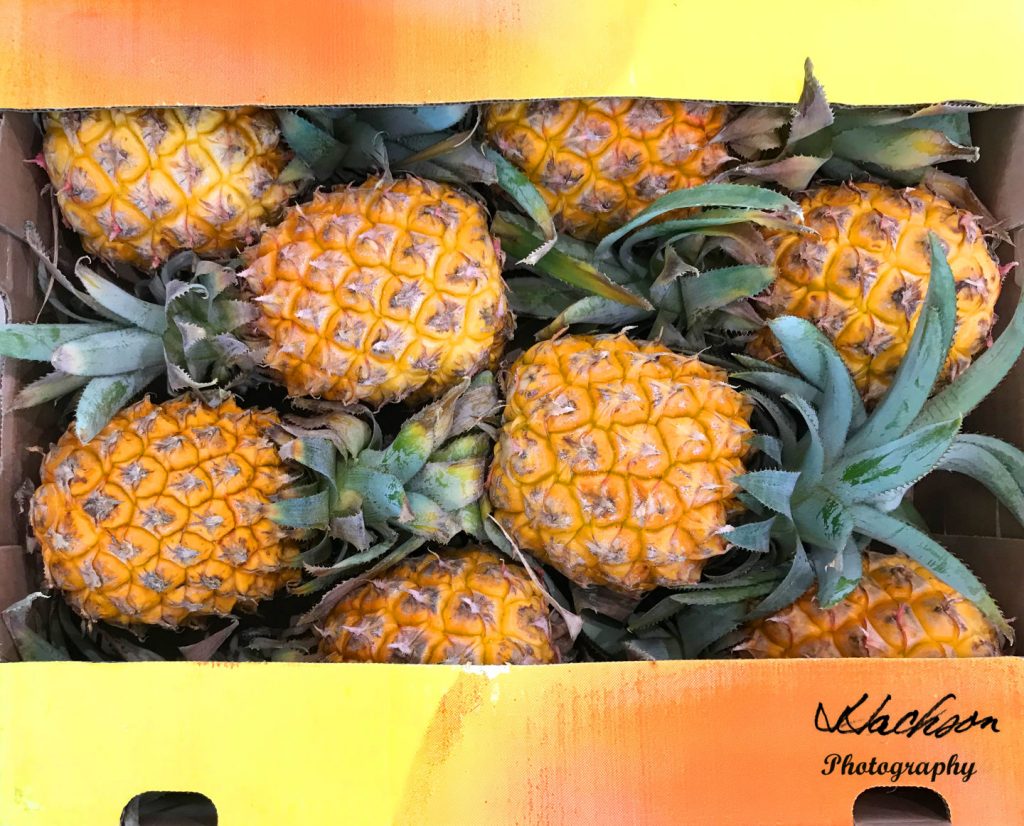 Above: fruit and vegetables on display at the market

We ate a cheese crepe for lunch at a market in Sharjah then traveled via our tour bus back to the hotel arriving by midafternoon.   This half-day tour has taken us to beautiful Sharjah, where we visited the Islamic Museum which houses more than 5000 artifacts from all over the Islamic World. We went to the Heritage Museum where we explored Sharjah’s rich and diverse heritage and learned traditions that have endured the test of time. 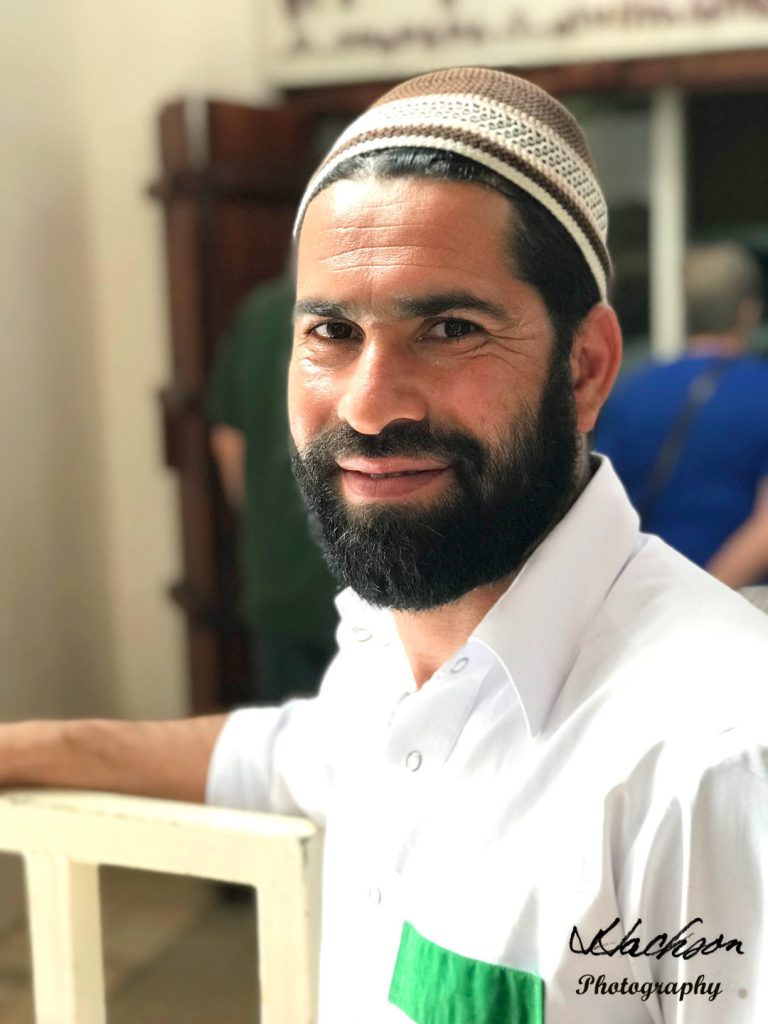 After each excursion, I always try to reflect on what I have seen and what I am taking away from that experience.  Although the visit to Sharjah lacks the excitement of the roller coaster ride we had the day before on our desert safari, and in fact there really is no comparison, I took away a sense that no matter what the race, religion, culture or other lifestyles that make up humans, deep down we are all the same and share a warm regard for our fellow inhabitants of this great blue planet.

That’s what makes a drop in the bucket worthwhile!