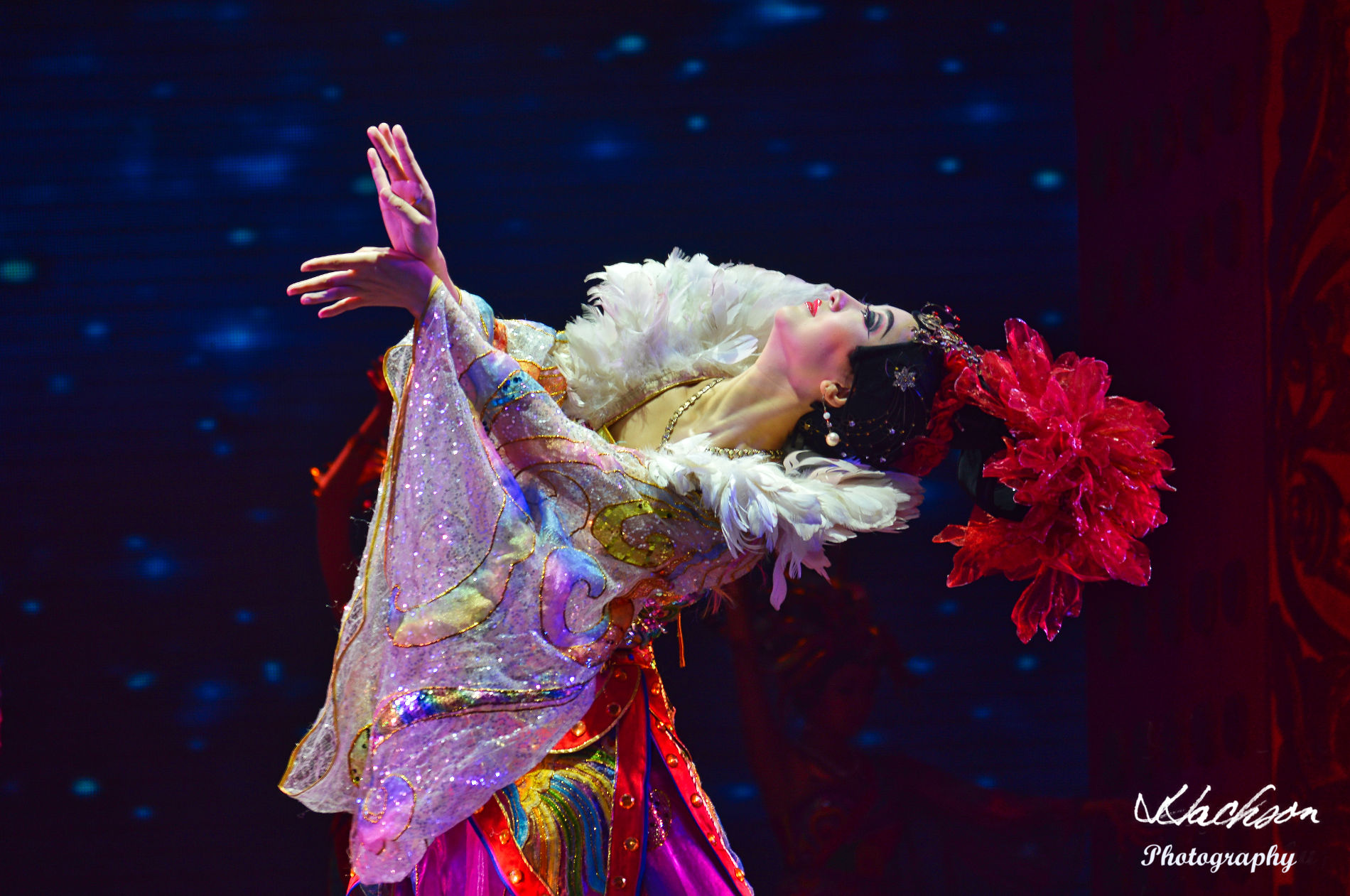 For anyone who visits Xian, China, a must-see is the spectacular and extravagant Tang Dynasty Show. The review is a colorful, brilliant and exciting spectacle of ancient Chinese music, dance, and storytelling. 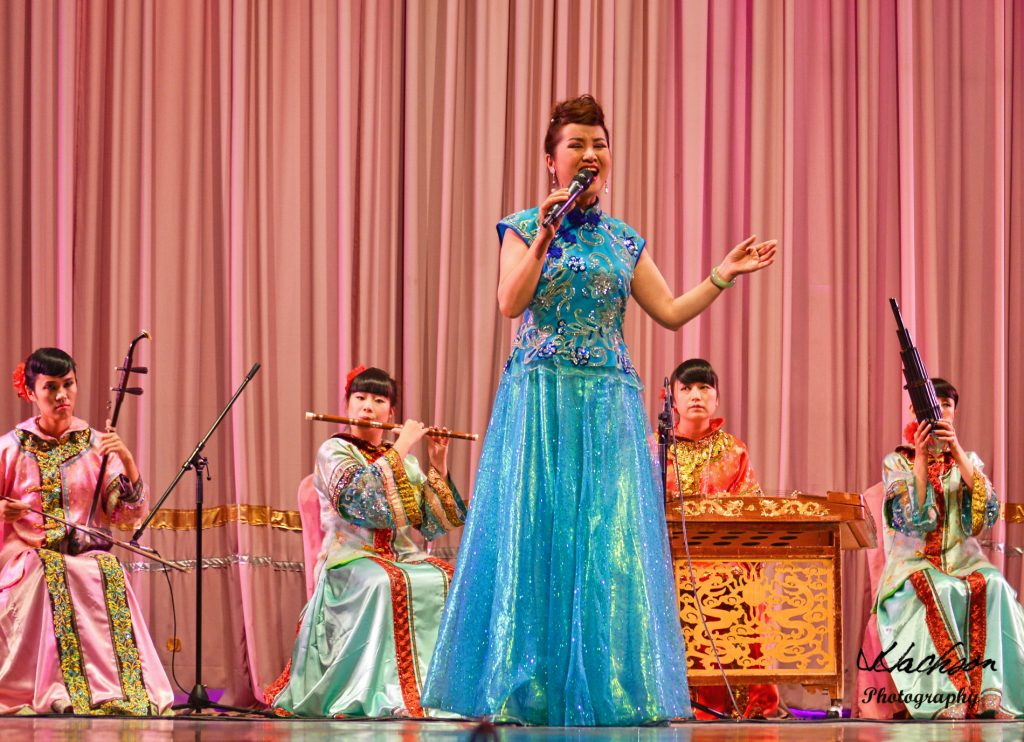 Splendid costumes and flamboyant masks adorn the actors as they present tales of the Tang Dynasty which prospered in China from 618 to 907. 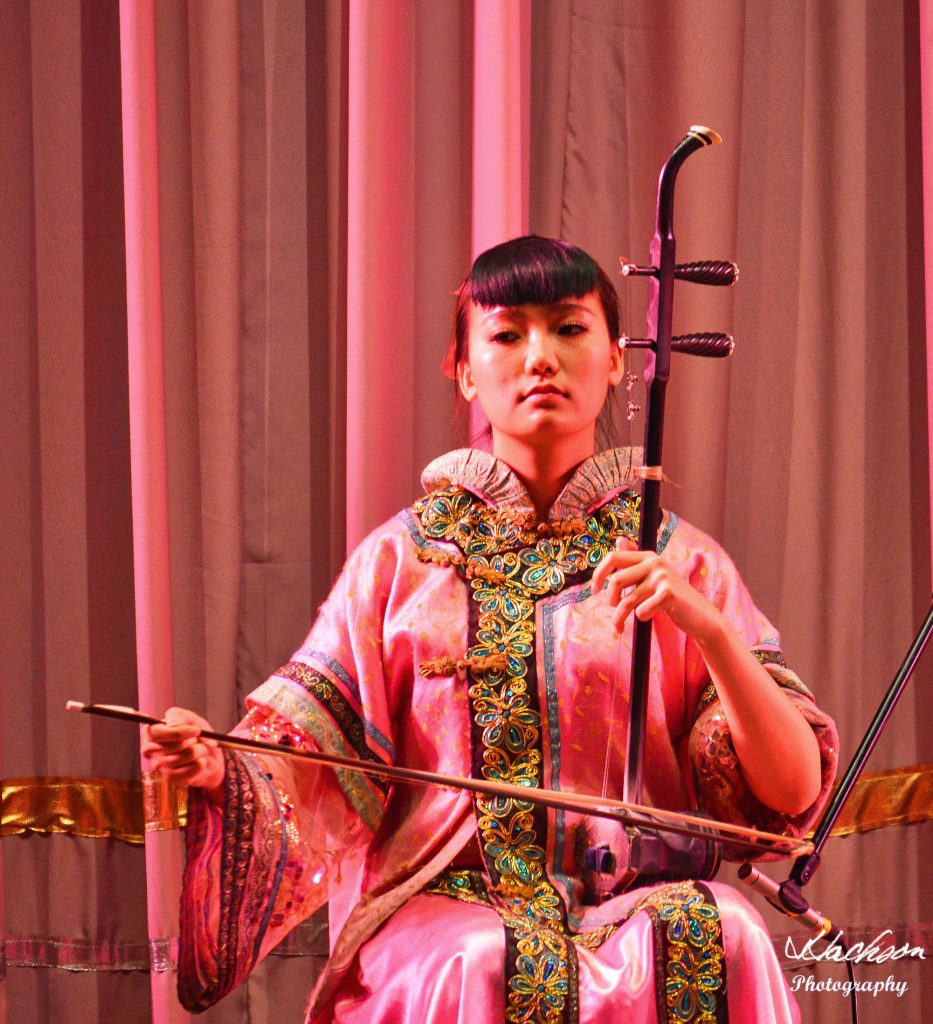 Xian, which was formerly known as Chang’an, was the imperial capital during 13 dynastic periods in China, the Tang Dynasty is the most prosperous. The Tang Dynasty Show brings to life the times and lifestyle of that dynastic culture through music and dance, providing an insight into that period. 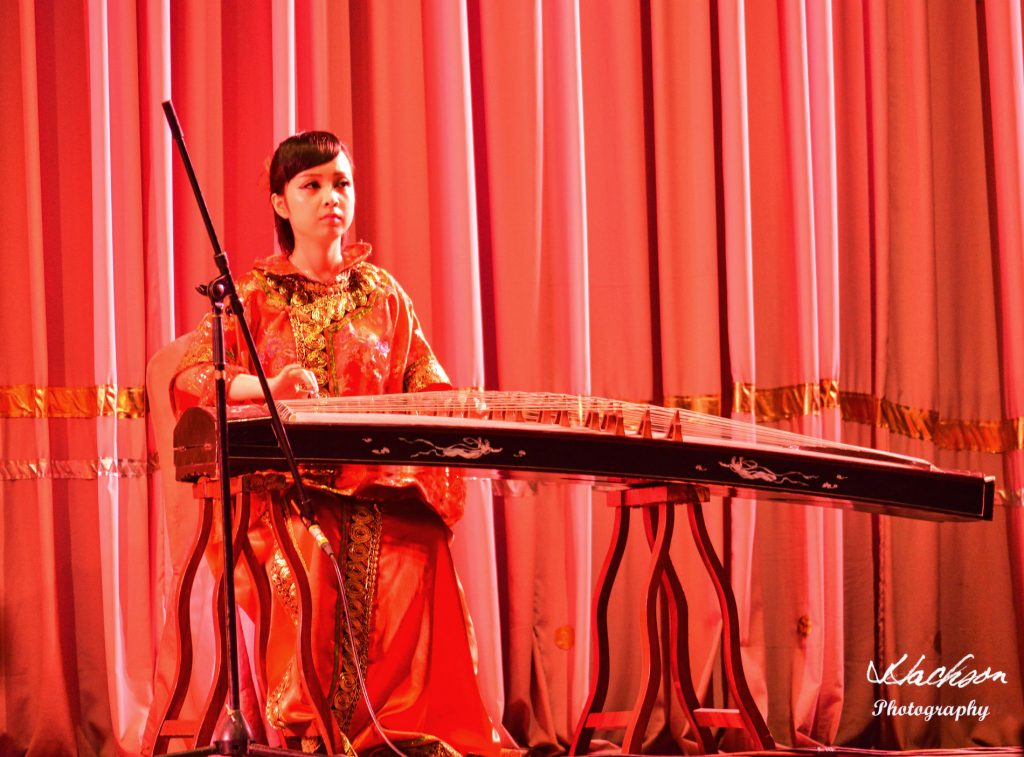 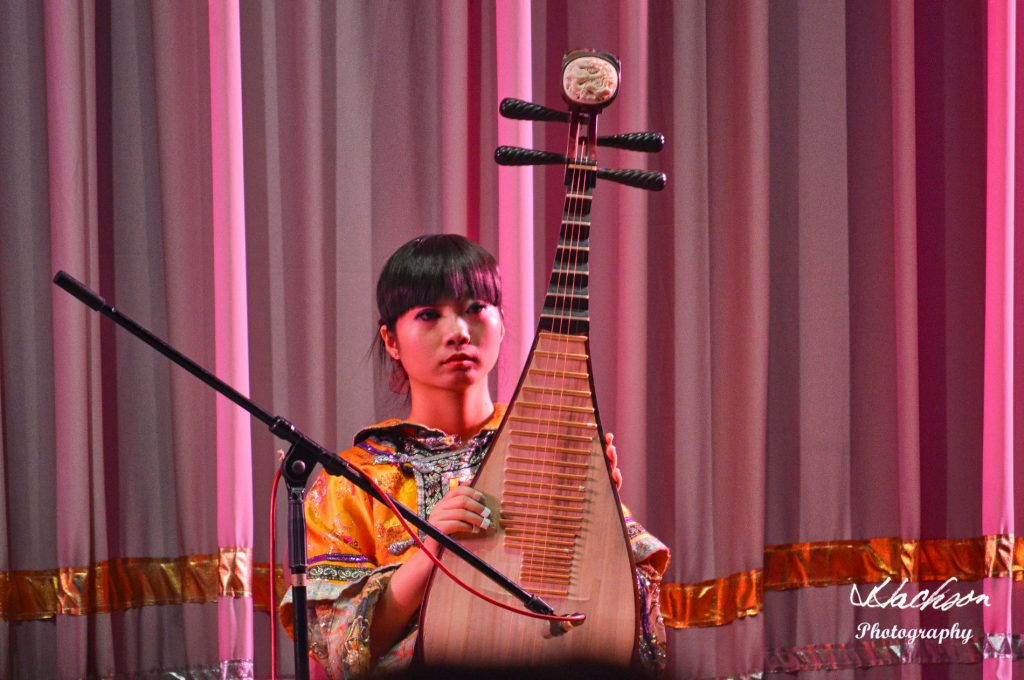 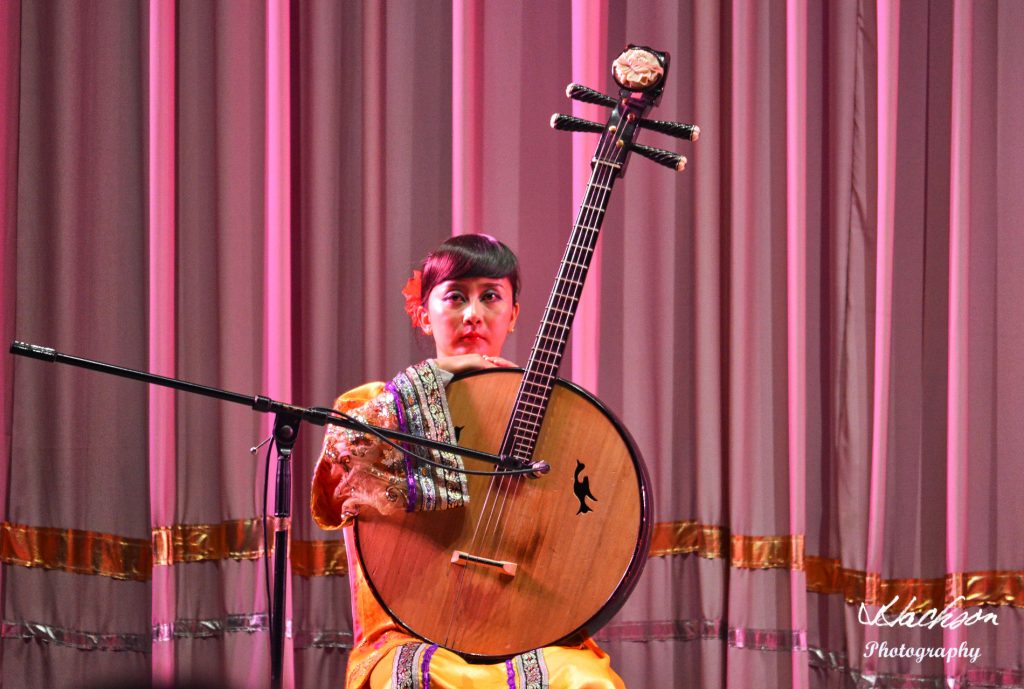 The musical instruments, unique to the Chinese culture, bring about the sounds and harmony that are reflective of the peaceful Tang Dynasty. The distinctive sounds of the instruments are skillfully played by the very talented musicians. 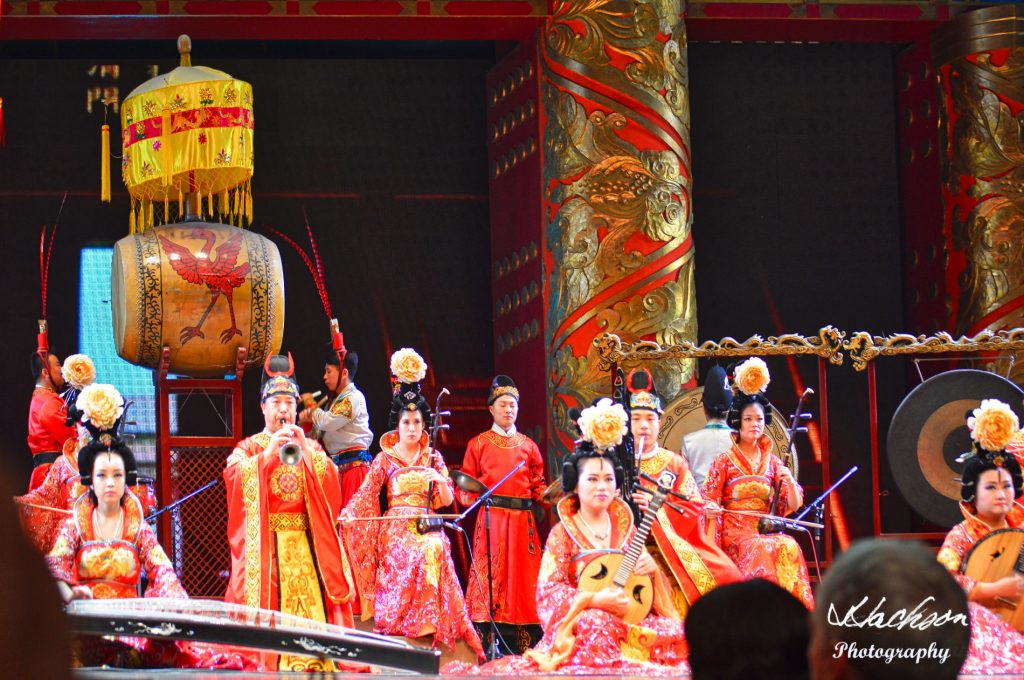 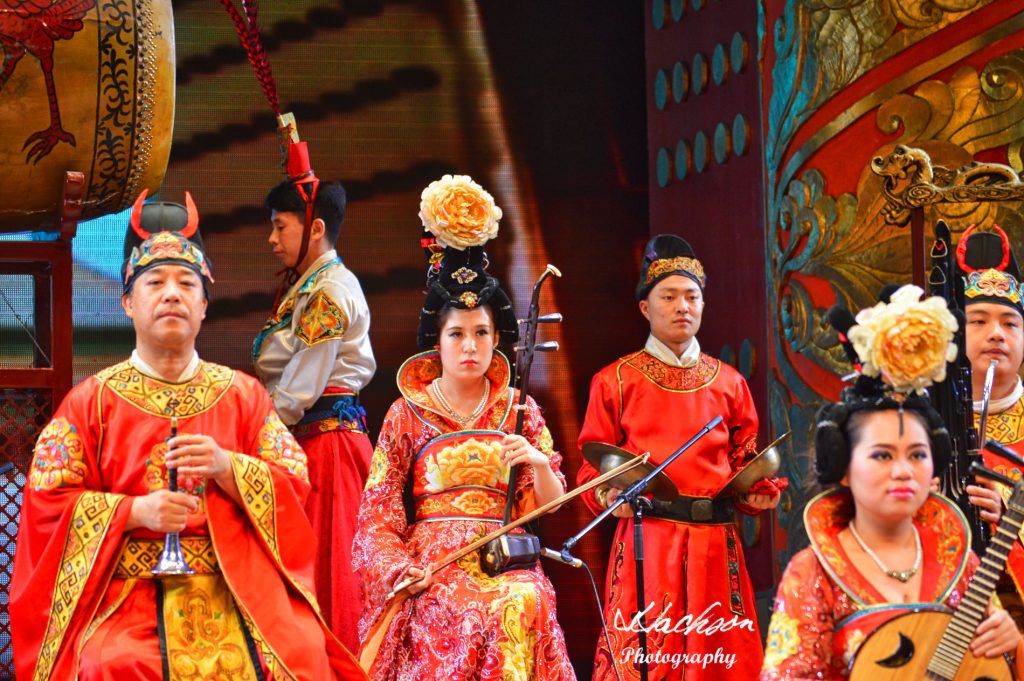 The Tang Dynasty Show is an amazing art form whose roots are in ancient folk celebrations. Originally these dances were performed as part of prayer rituals, usually for an abundant harvest or simply for a better life. Over the millennium these dances evolved from basic movements to the classic, artistic art form that reached its pinnacle during the Tang Dynasty. 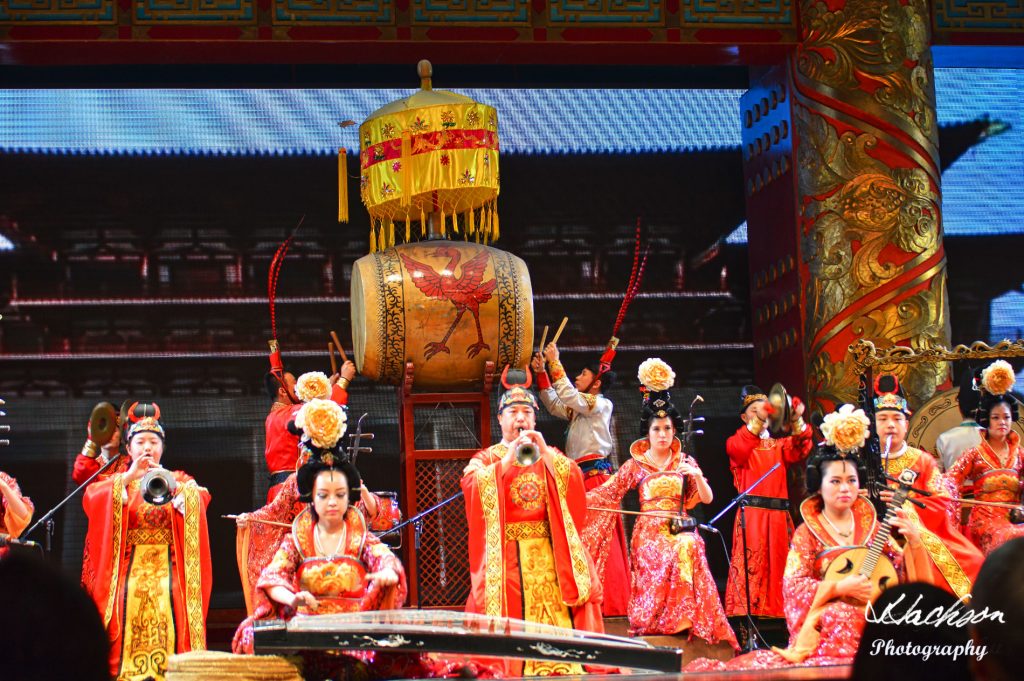 The Tang Dynasty was unique among other Chinese regimes in that it was open to outside inspirations and influences. They incorporated significant and varied art forms not only from distant Chinese cultures but also from many Asian regions and ethnic groups as well. This greatly enriched their dynamic culture and was the general influence on the Tang Dynasty Show. 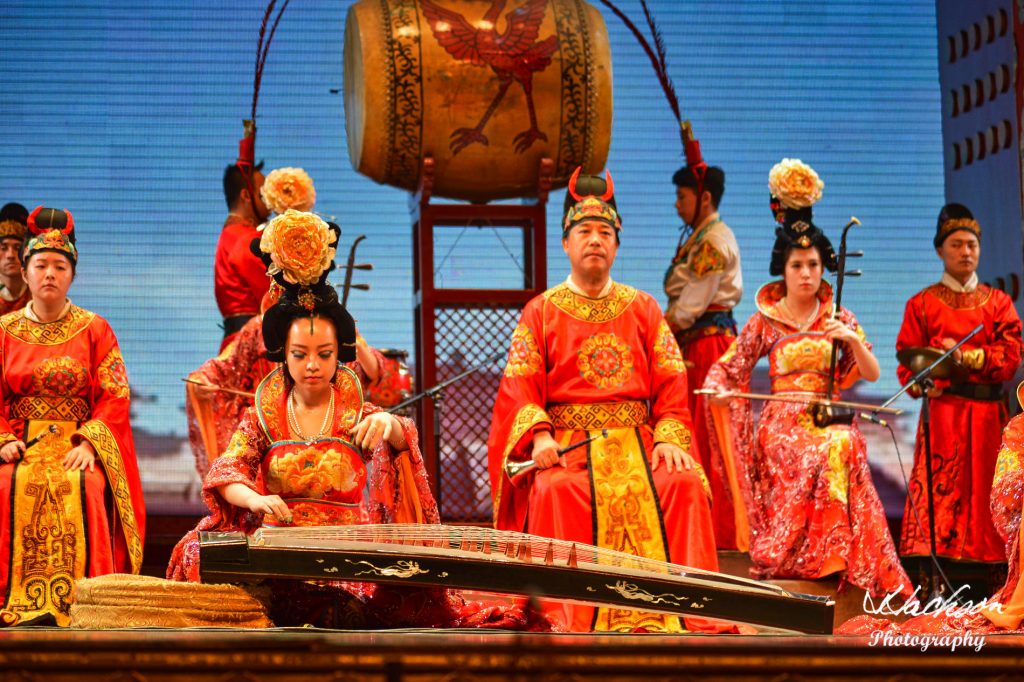 The Tang Dynasty’s willingness to accept outside influence lead to the adoption of a wide range of musical instruments, as well as art, science, clothing and epicurean gastronome. New techniques in painting, sculpture, and pottery, as well as song and dance, lead the way to the spectacular entertainment that is now the Tang Dynasty Show. 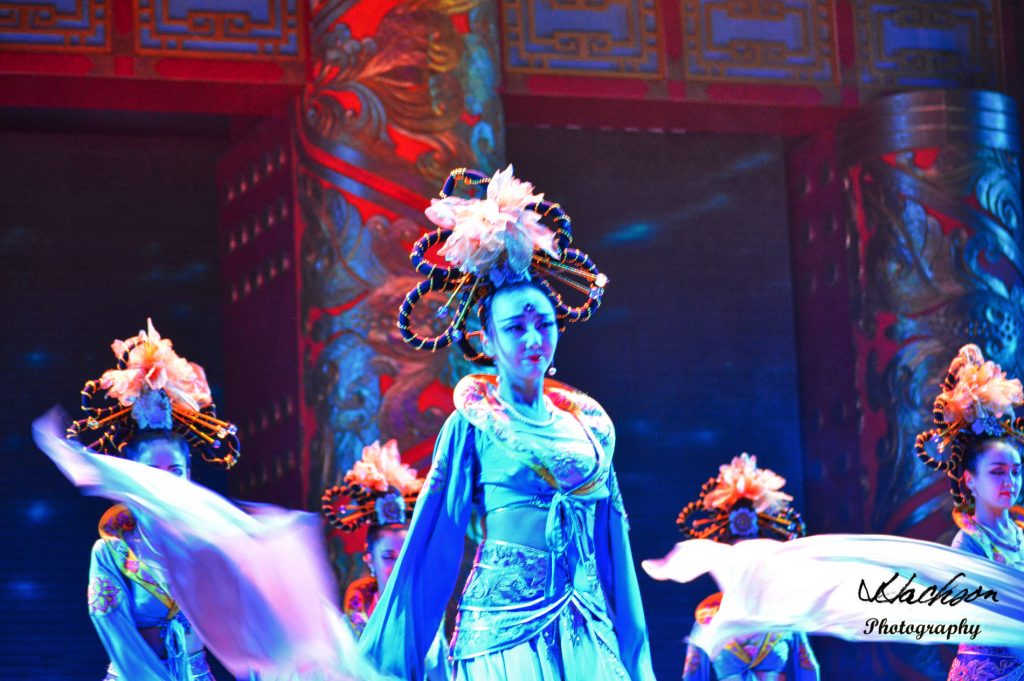 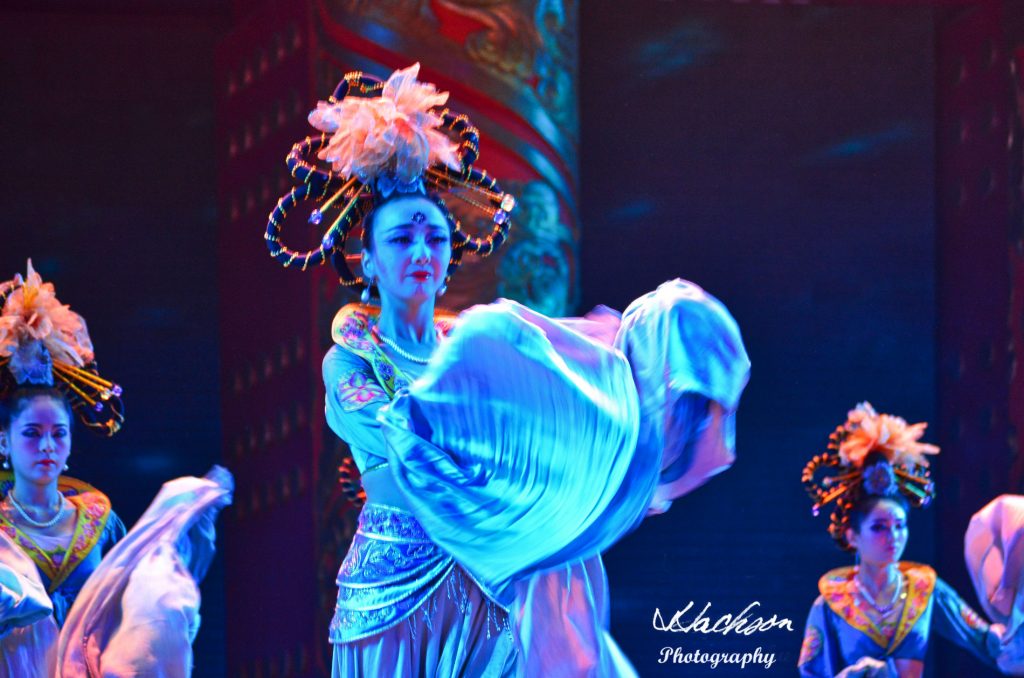 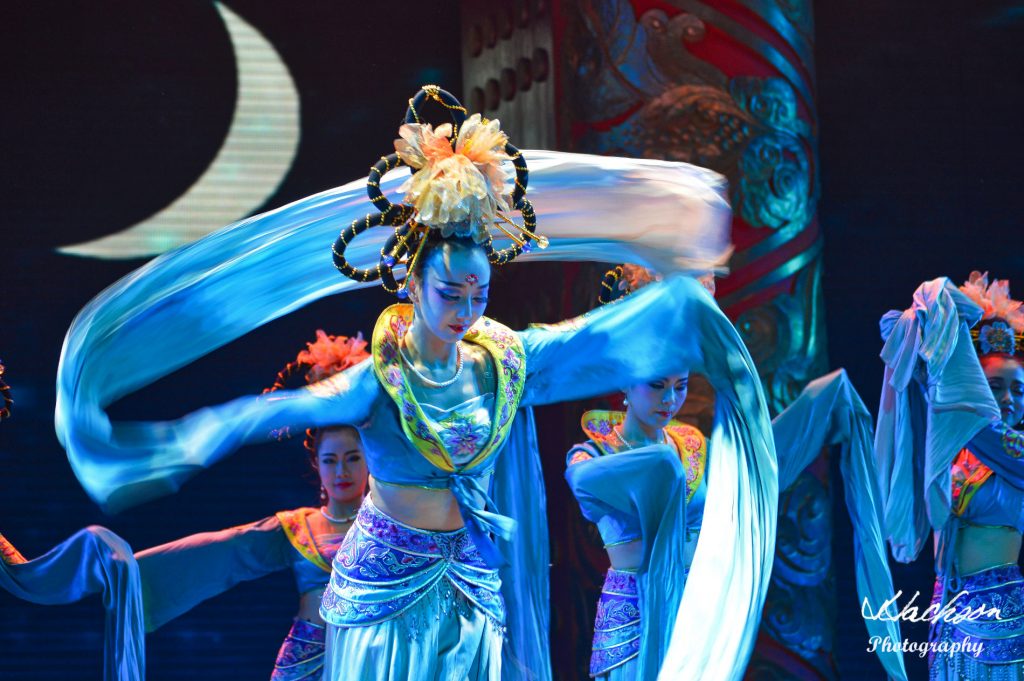 Along with a spectacular and very entertaining performance, patrons have the opportunity to indulge in several choices of delectable meals that are provided at the Tang Dynasty Palace. The spacious facility is large, 3,230 square yards (2,700 square meters), but does not feel crowded as it can comfortably seat over 625 diners at a time. The cuisine at this lavish venue is distinctively Chinese and along with the magnificent performance makes for a sensual extravaganza that will delight your taste buds as well as being a feast for your eyes, ears, and mind. 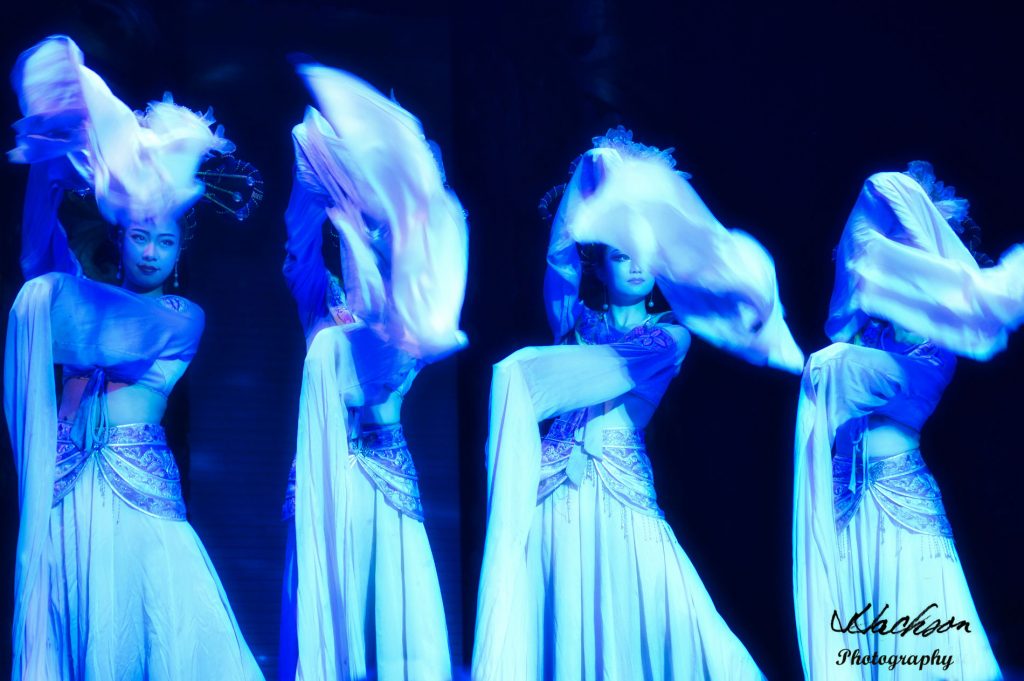 The Tang Dynasty Palace in Xian was established in 1988 and in collaboration with the Shaanxi Provincial Song and Dance Troupe stages the Tang Dynasty Music and Dance Show. This mesmerizing, very entertaining and highly successful show is enjoyed by countless audiences and dignitaries from around the world. 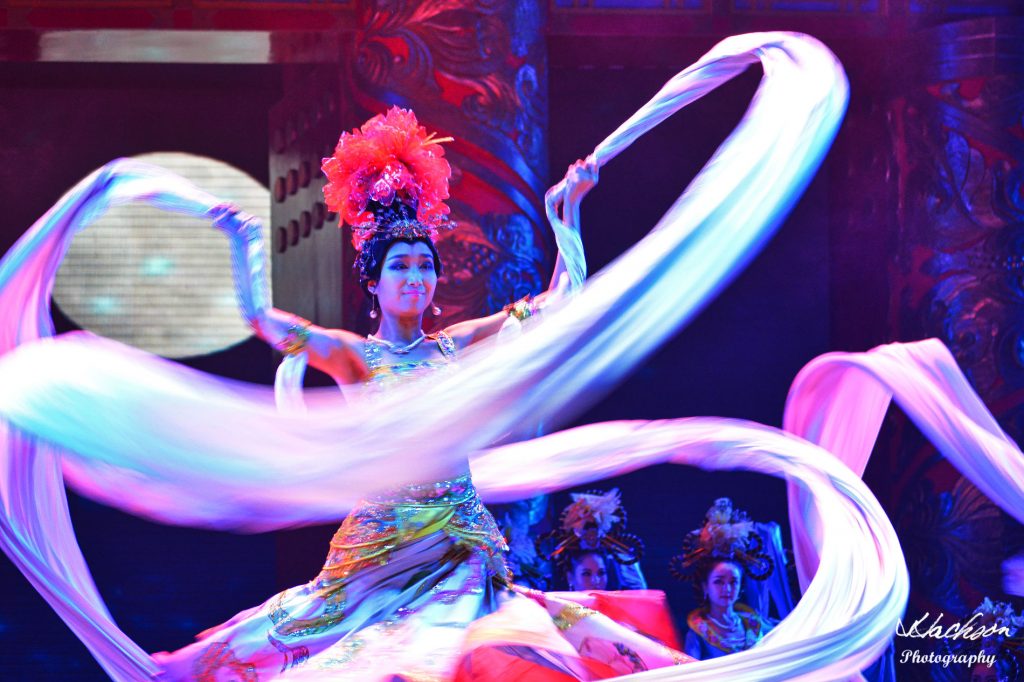 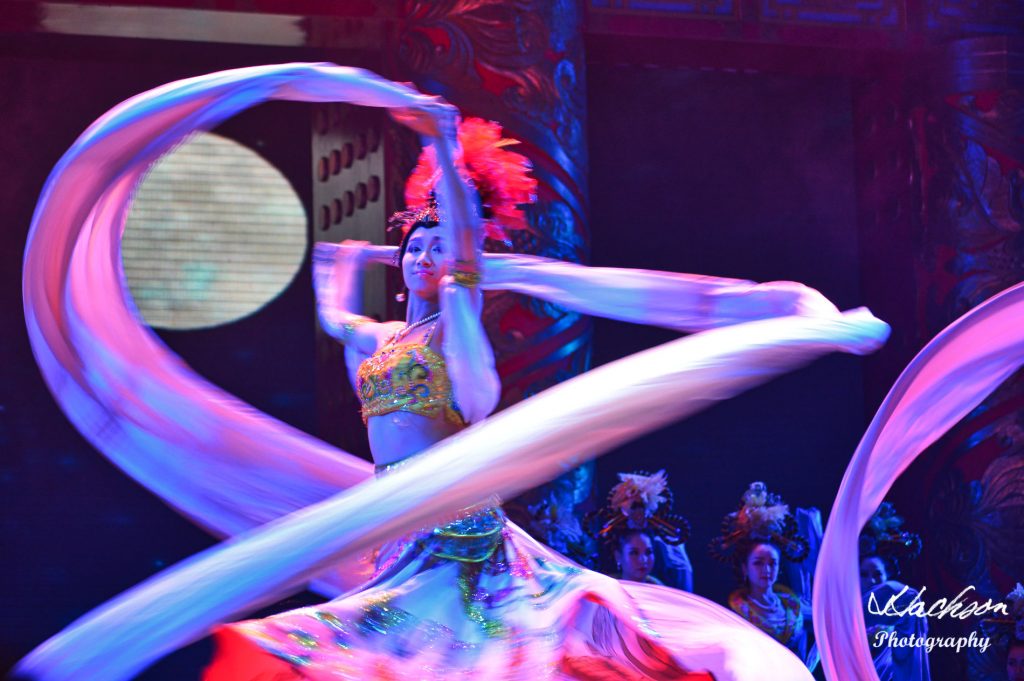 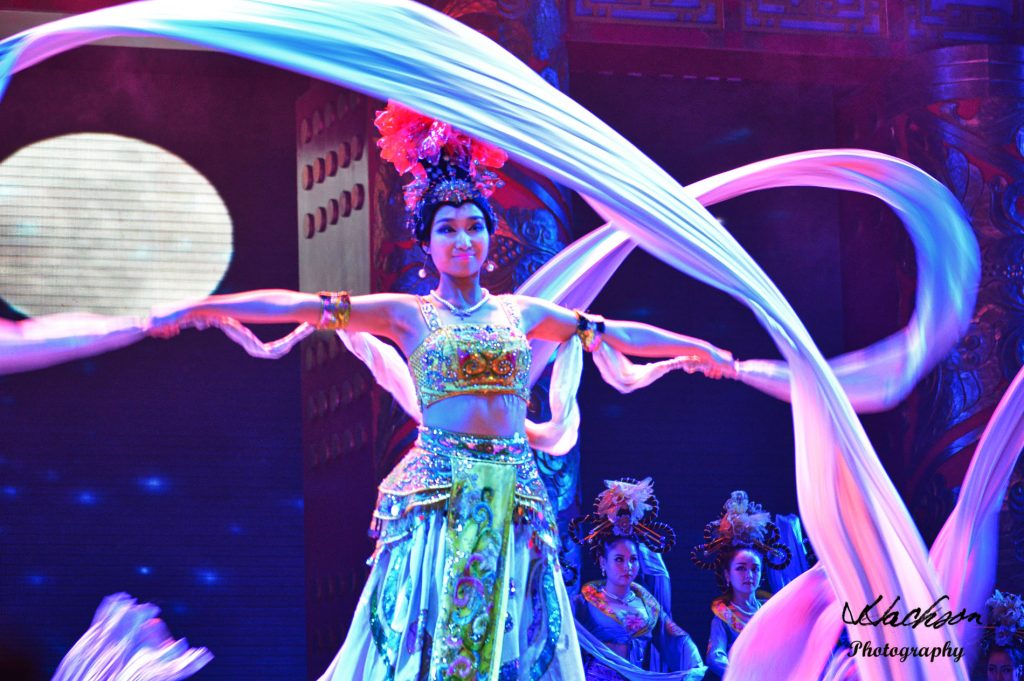 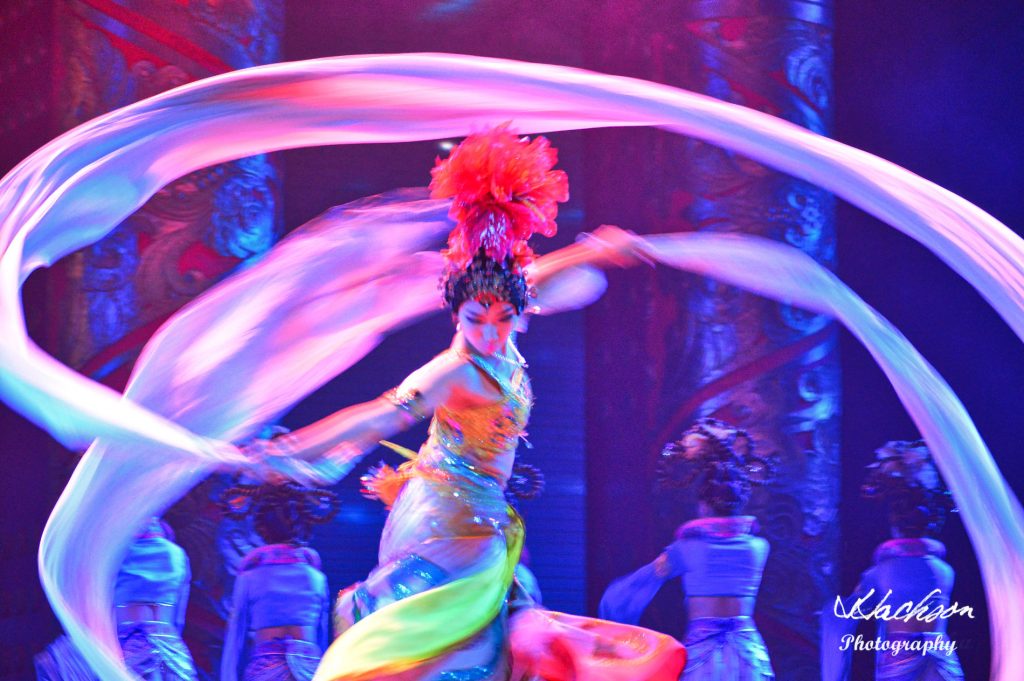 Originally established in 1981, artists from the Shaanxi Provisional Song and Dance Troupe developed a series of entertainment programs from a recreation of traditional, cultural, and historical entertainment performances of the region. As Xian grew, primarily due to the thriving tourist industry brought about by the discovery of the Terracotta Warriors, the Tang Dynasty program also grew in size and popularity. The artists of the Tang Dynasty Music and Dance Show put on a cultural performance that might otherwise have been unavailable to outsiders and perhaps even lost to the entire world. 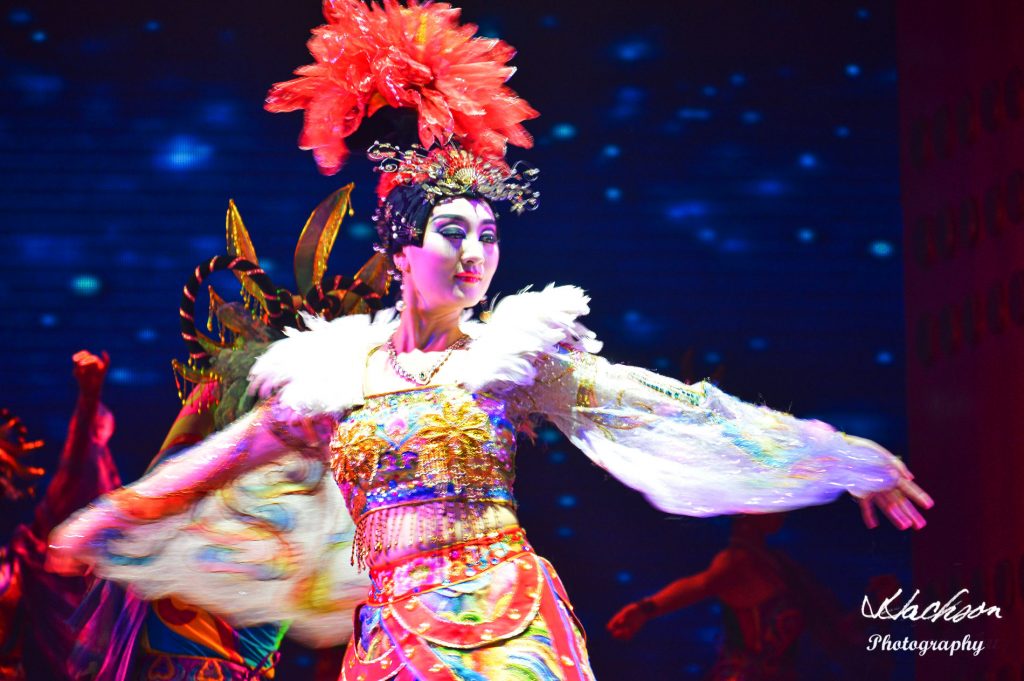 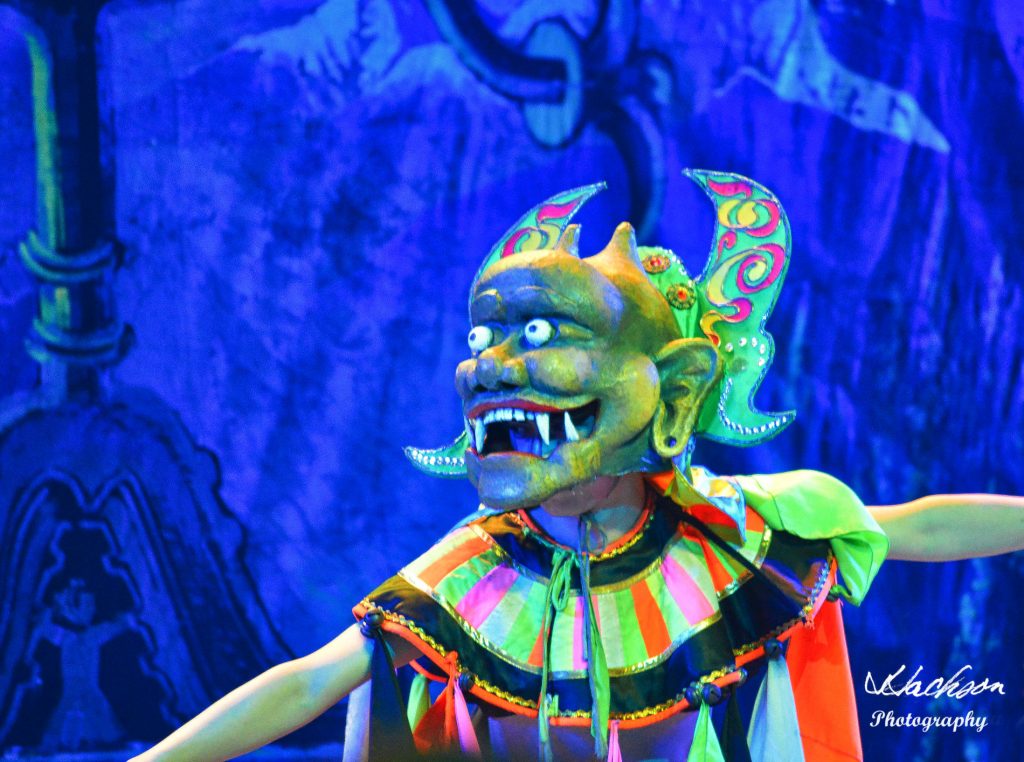 Hundreds of thousands of audiences have enjoyed the classic Tang Dynasty Music and Dance Show for well over twenty years. So popular is the show worldwide that the production company has performed in many cities in China as well as numerous foreign countries such as the USA, Japan, Russia, Korea, Singapore, Norway, and Denmark. 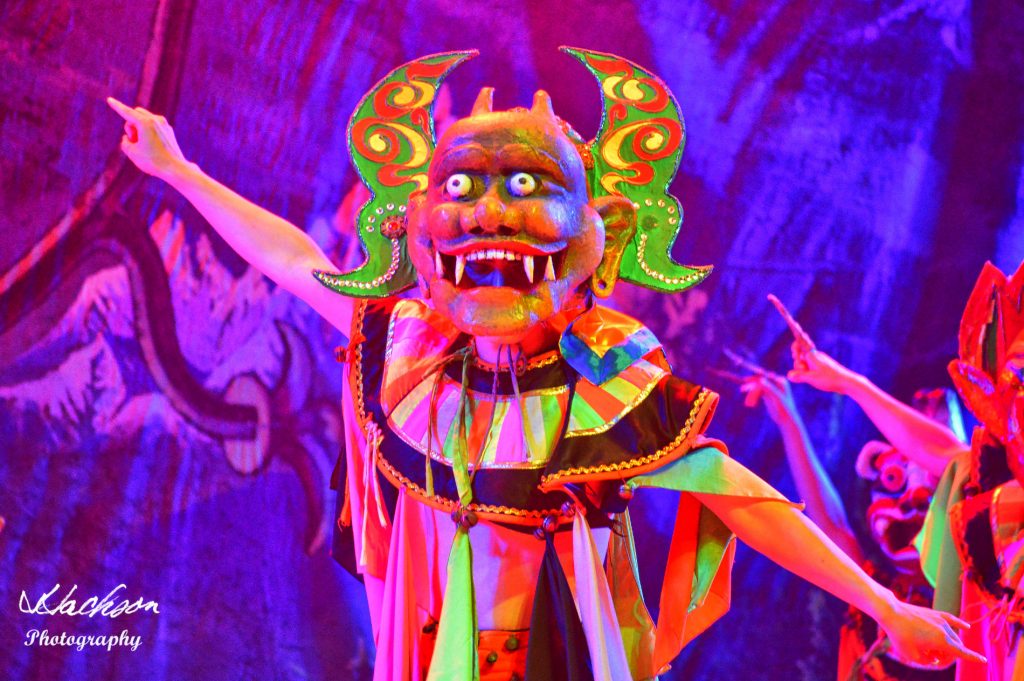 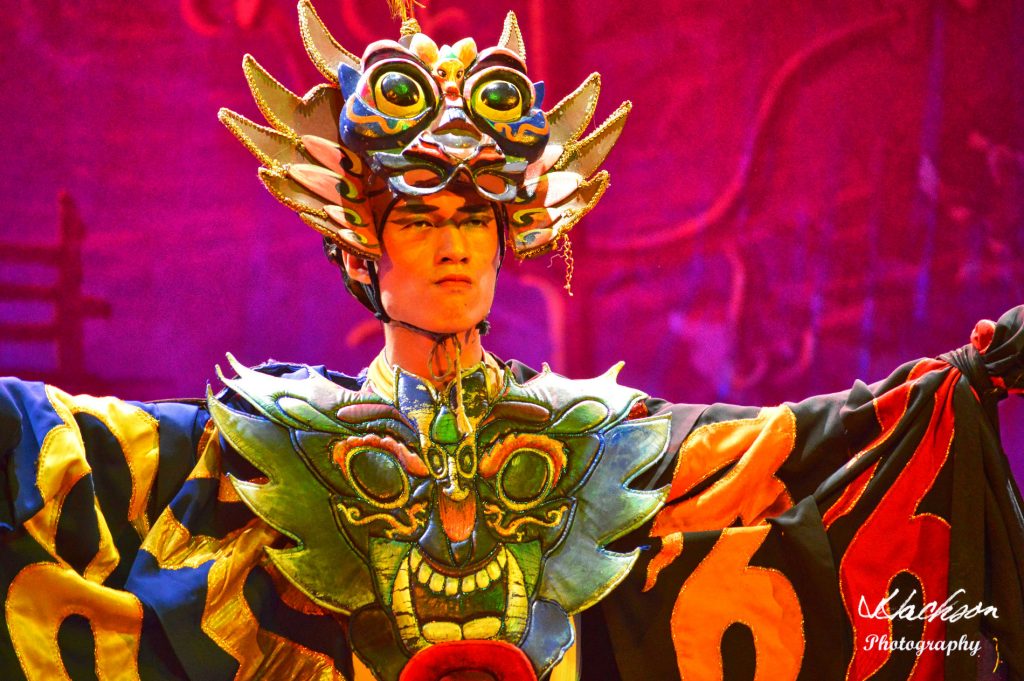 The Tang Dynasty Show is centered around eight classic Chinese programs including the Melody of Longevity of the Emperor, White Ramie Cloth Costume Dance, Da Nuo Dance, Rainbow Skirt and the Feathered Coat Dance, Battling Dance of the King of Qin, Song of Spring Outing, Oriole Singing in Spring, and Ta Ge Dance. The highlight of the show is the Oriole Singing in Spring which is performed by the famous panpipe master Gao Ming. 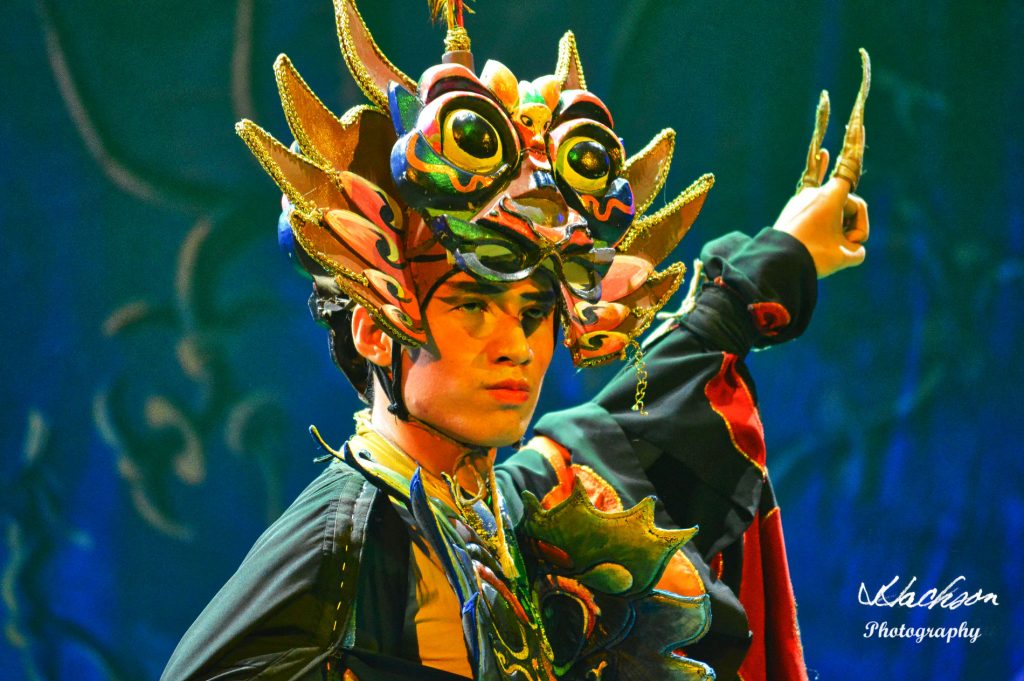 How to get to the Tang Dynasty Palace:

Note: Most established tour groups, like Gate 1 Travel, will provide transportation to and from the venue and typically provide excellent seating accommodations.

A special thank you is given to the Travel China Guide for their help in putting this blog together and for Gate 1 Travel for their remarkable tour of China. 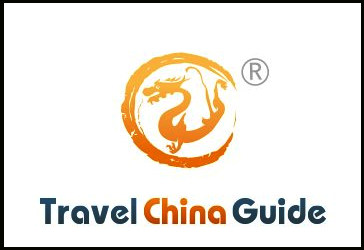