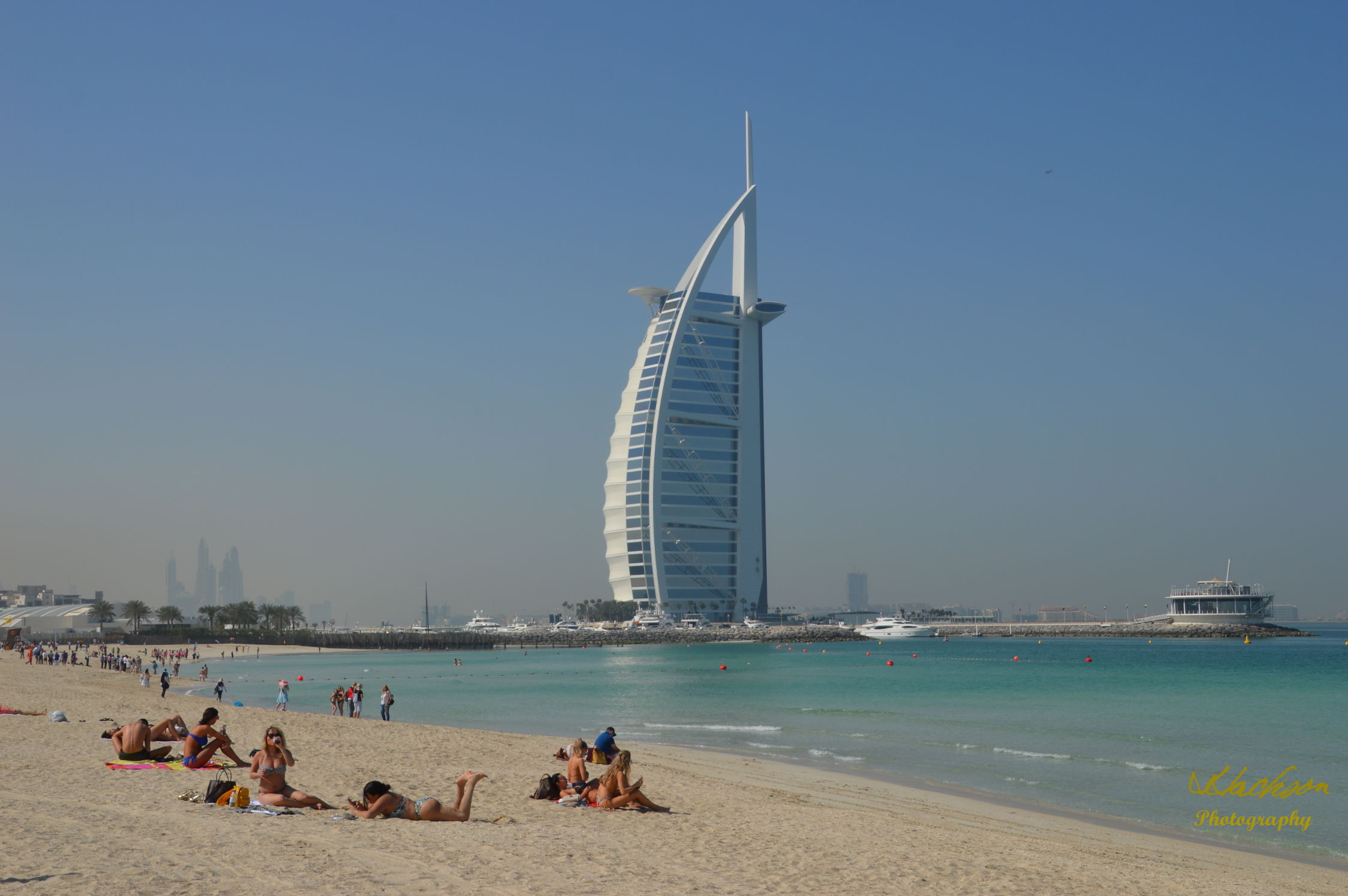 On March 8, 2018, we flew from San Francisco, departing our time 4:05 pm PST, then we arrived in London, England almost 10 hours later. We had an extended layover at Heathrow Airport, the Winchester Mystery House of airports, and for whatever reason that we were delayed British Airlines thought it wasn’t important enough to tell.  At last we were finally on our way to Dubai. 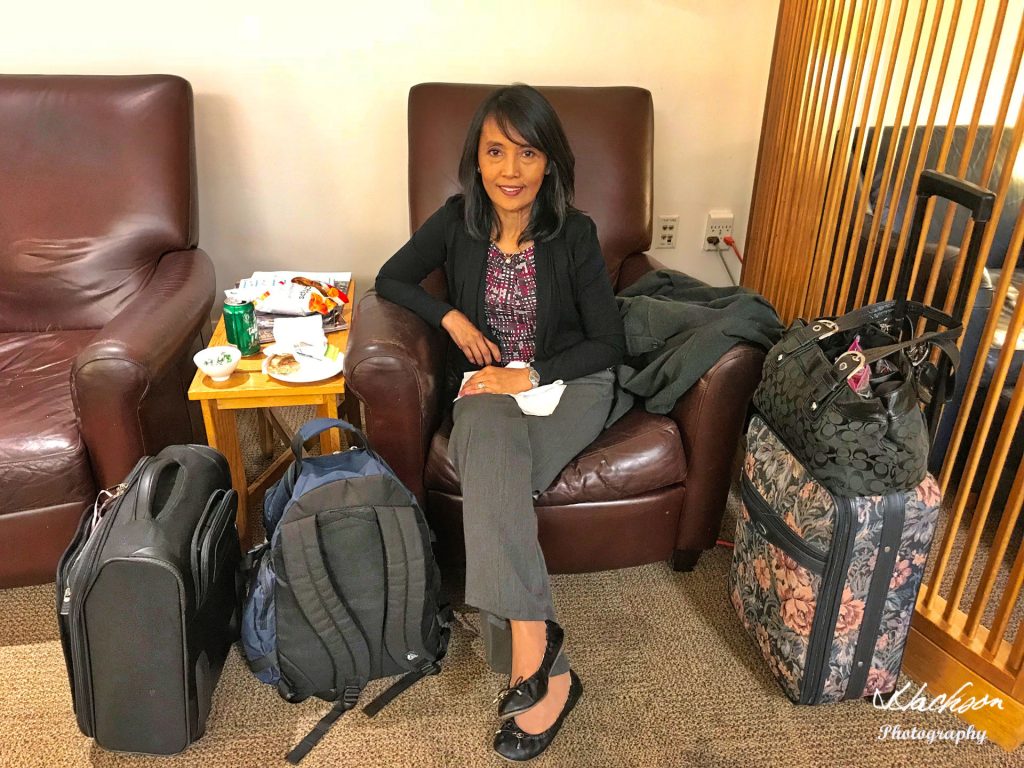 We arrived in Dubai to utter chaos which seems to be the standard case at most large international airports. We landed about 10 minutes “ahead” of schedule as our captain proudly announced, but then we taxied for many minutes on a grand tour of the airport’s tarmac before finally arriving at the gate. Then another 10 minutes waiting for the ramp and we were now about 20 minutes late. 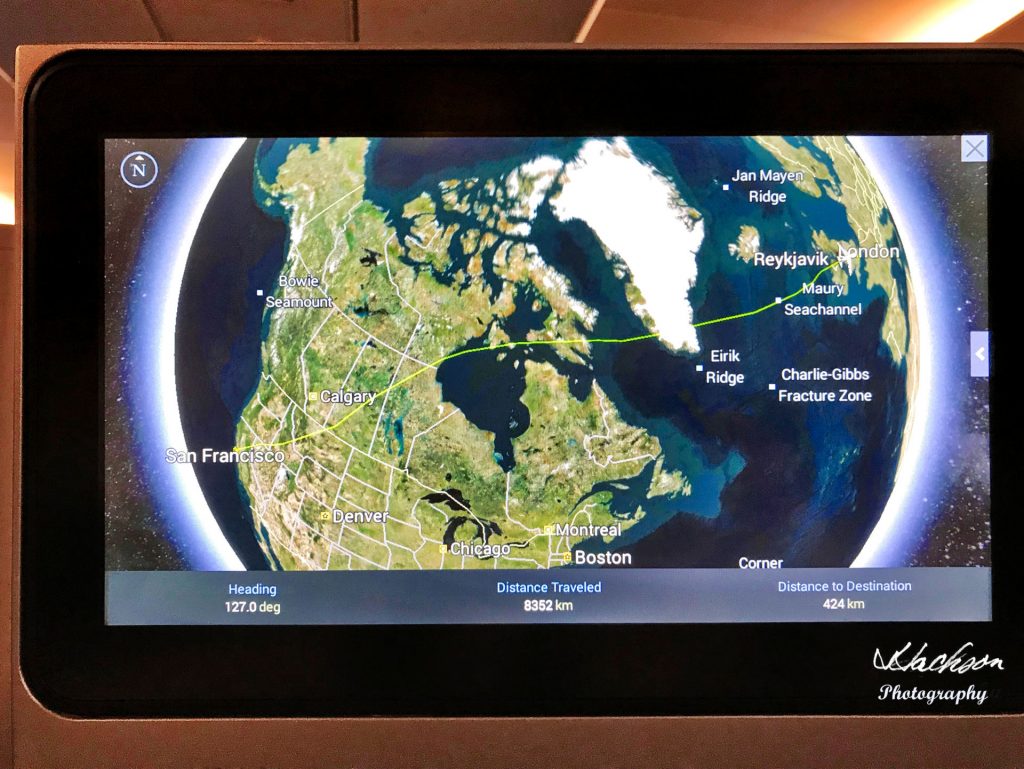 It then took another ten minutes to deplane, followed by a long walk to an airport tram of which we missed the first one due to us having to use the toilet because they locked the airplane’s toilet well in advance of our arrival. This was followed by a long tram ride to a massive corridor where we went through a long, long line clearing immigration.

We had landed at 11:35 pm, but with all the bullshit, we finally got out of the airport at nearly 1:00 am. We caught a taxi and reached the hotel without much fanfare and our heads finally hit the bed at 2:00 am!

On our flight to Dubai, I requested the roast beef for my dinner. When it came out it was a beautiful, thick slab of beef, almost two inches thick and not a bit of fat around the edges. However, when I cut into the damn thing it was as tough as an old boiled shoe! I sent it back and they brought me another, and it was the twin brother of my first serving; my leather shoes were softer! My wife’s beef was so soft and tender that she used her fork to cut it. I jabbed at my hunk of meat with my knife, Psycho style, and only managed to rip off a few rubbery chunks. 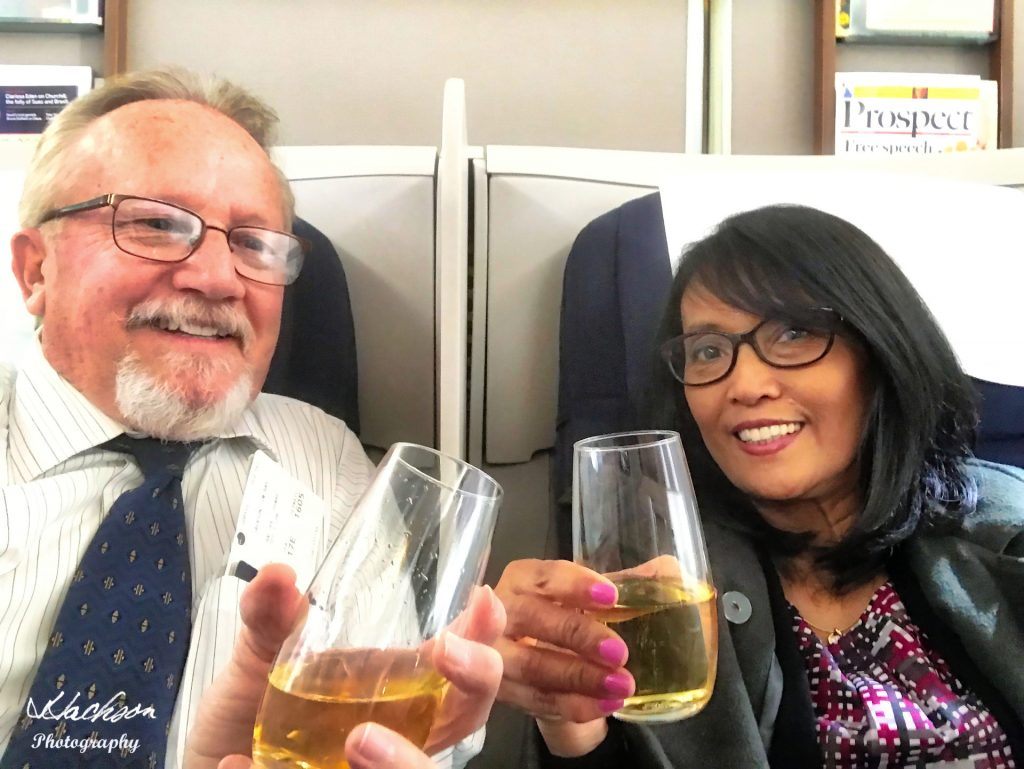 And then came the “fresh” fruit! Jeesuskeerist, I have yet to have so-called fresh fruit on a flight where some of the pieces weren’t mushy from being overripe or crunchy from being under ripe. I feel guilty wasting food, but I would feel even more guilty getting the trots from eating this bad food!

On the flight from San Francisco to London and London to Dubai, I watched a few movies. This is my time to catch up on all the movies I had missed. I concluded after watching them that I hadn’t really missed anything and felt good that I had actually not wasted my money.

On the first leg, I slept for nearly four solid hours. I had earplugs to kill the sound but there was very little commotion and thank goodness there were no crying babies! Just before we arrived at Heathrow, we were awakened by the clattering of the breakfast carts, but I could have, and I wanted to, continue sleeping. The first leg of this trip seemed to have gone by very quickly, but the second leg seemed awfully long despite it being the shorter leg.

On the flight from London to Dubai, I fought sleep on the Boeing 747-400, because I knew we would be getting in late on this portion of a nearly seven-hour flight. I wanted to be dead tired when we arrived in Dubai so that I could fall asleep quickly when we reached the hotel. And after the long flight getting here, I was exhausted. It didn’t take me long to fall asleep and it didn’t take very long before the 7:00 am wake call came and woke me from a very peaceful slumber. 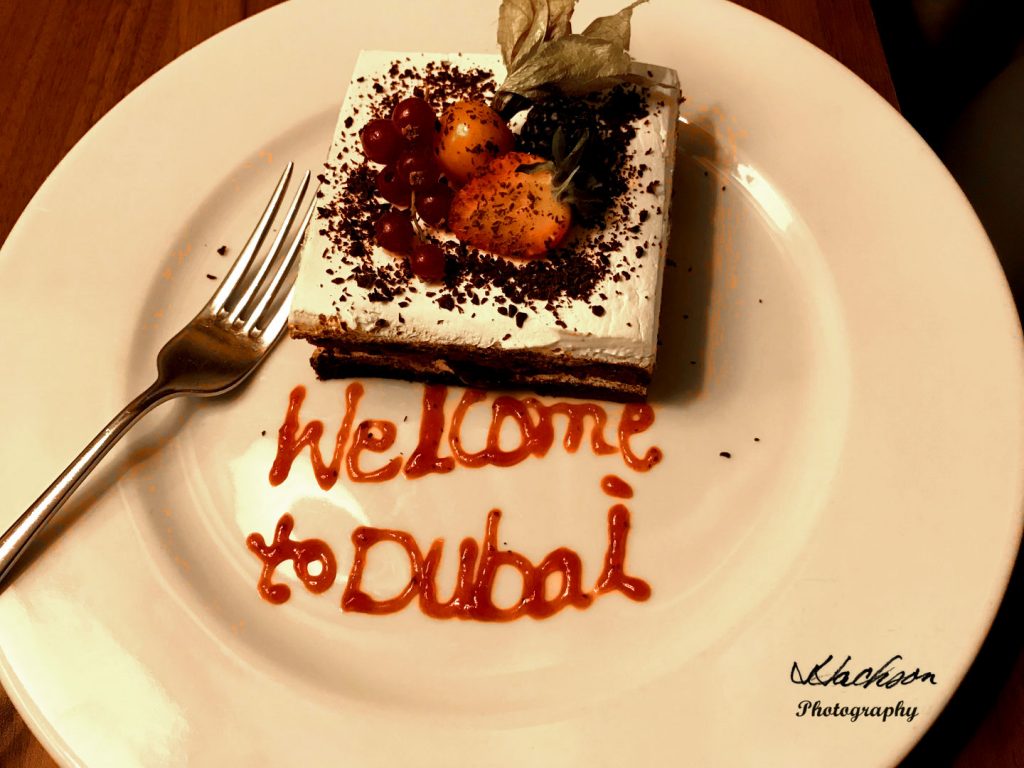 I can check another country off the bucket list, as United Arab Emirates is number 33 on my list of countries that I have visited.

We are staying at the Hilton Garden Inn, although there is no garden and not much to see or do in this part of Dubai except stare at new construction. Sand and more sand is everywhere but it seems to be slowly disappearing as more and more new construction is taking place. 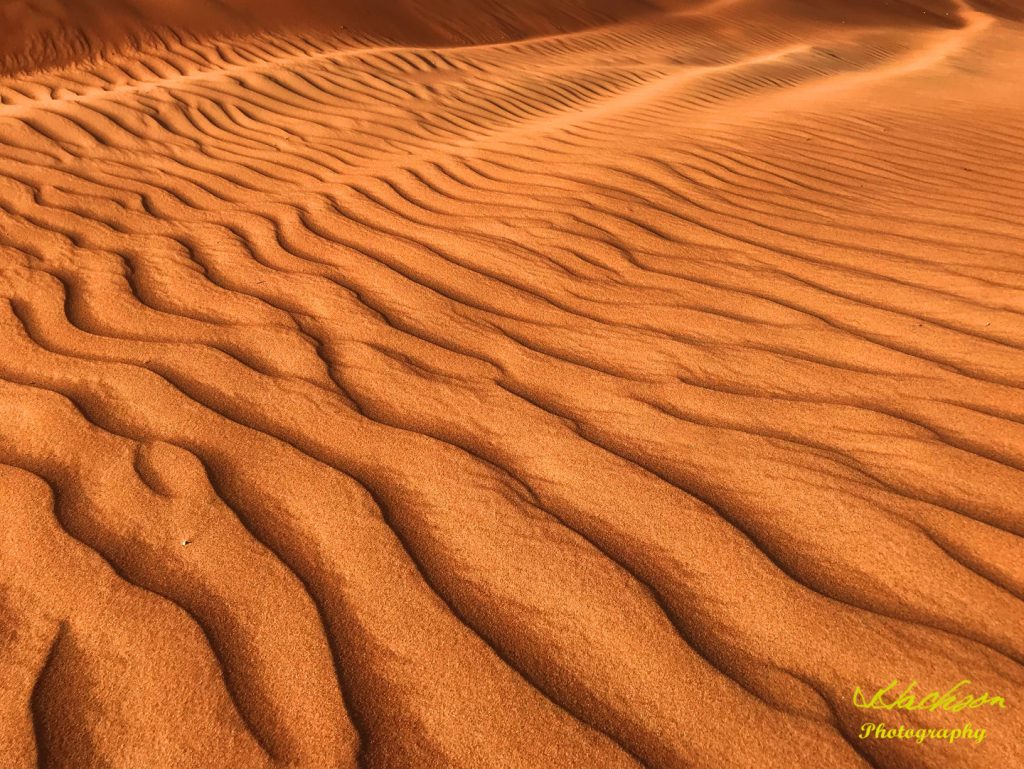 From my hotel window, I watched as two construction workers below were taking a break by playing cricket in an empty construction site just across from our room. Many Indian and Pakistani people are here but many immigrants are Asian, mostly Filipino. There is a wonderful view of the Dubai skyline from the top floor of our hotel. 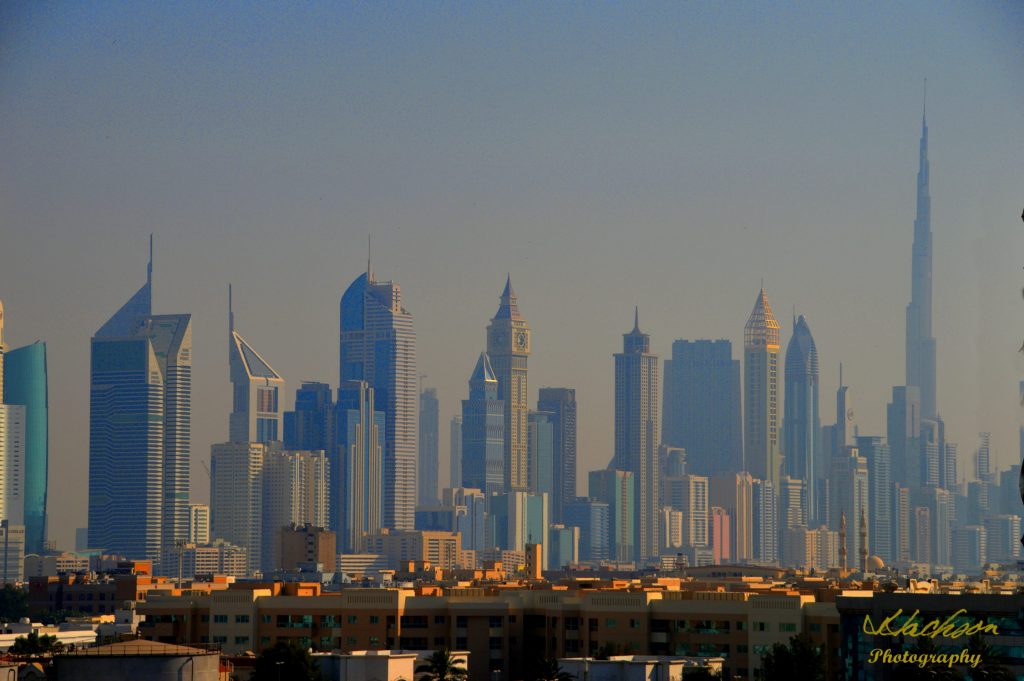 We are part of a group tour organized by a company called Gate 1. We have used them on three previous trips and are, for the most part, happy with their prices and service. Today would be our first tour of the city of Dubai. 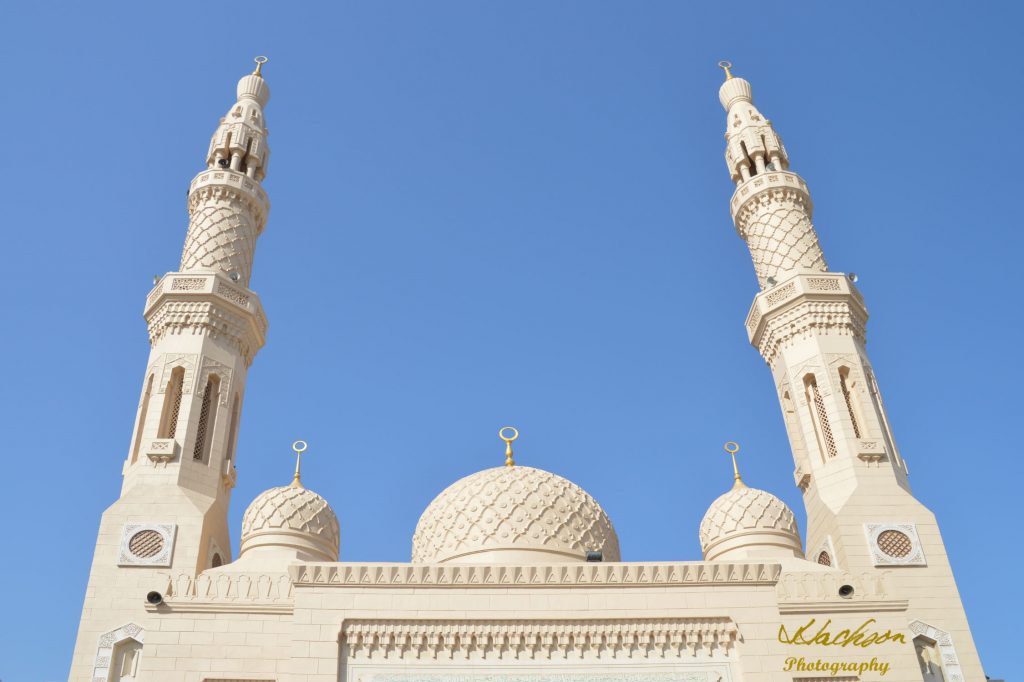 We first visited the Jumeirah Mosque which was not that far from our hotel. As of the middle of 2013, there were 1,418 mosques in the emirate, up from 1,043 in 2008. We were delayed a bit due to several women who missed the bus from the hotel. They were in the hotel restaurant, where for some dumb reason, they thought they should be waiting for the tour. 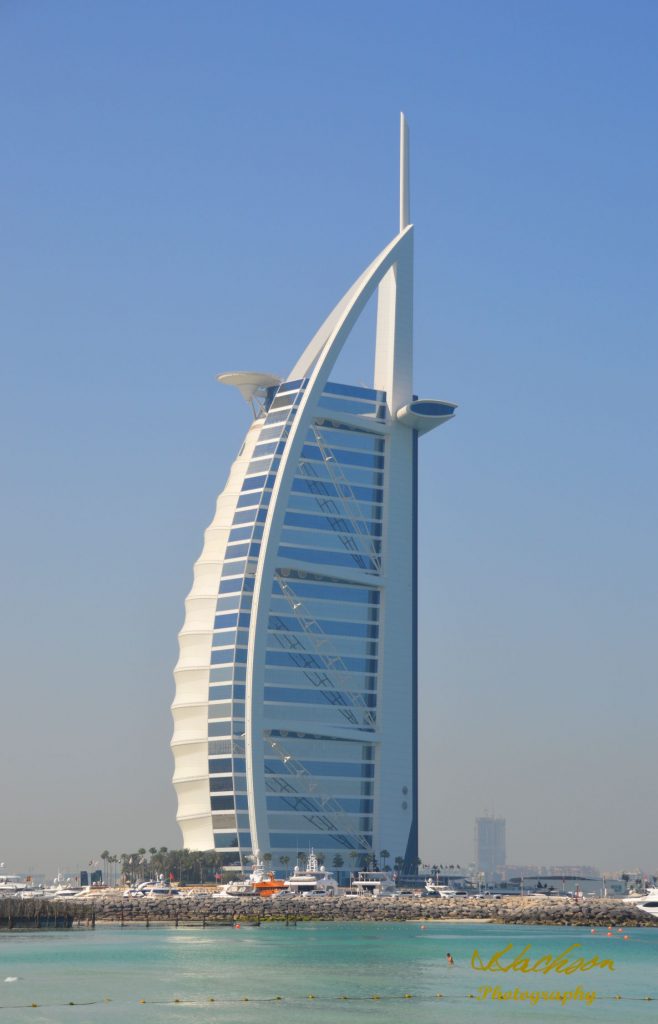 Next, we went to Jumeirah public beach near to where the sail-shaped Burj Al Arab hotel is located. The beach is very clean, the water is a beautiful azure color and very clear. Mostly white people were at the beach sunning their winter-white bodies. Thankfully the weather this time of the year is rather mild as I wore long Levi’s to shield my white legs and to spare the rest of the people from sun blindness that my white legs might cause.

We next drove to the Heritage Village, a community of older, historical buildings that were made many decades, if not centuries ago. They are made of coral rock that was salvaged from the seas where pearl diving had made this region famous before the Japanese started culturing pearls and killed the pearl industry in this region. Our bus stopped there so that we could use the restroom facilities and it seems at this point the people of our group began wandering about. The buildings are very narrowly spaced, and their uniform color makes them appear mazelike. 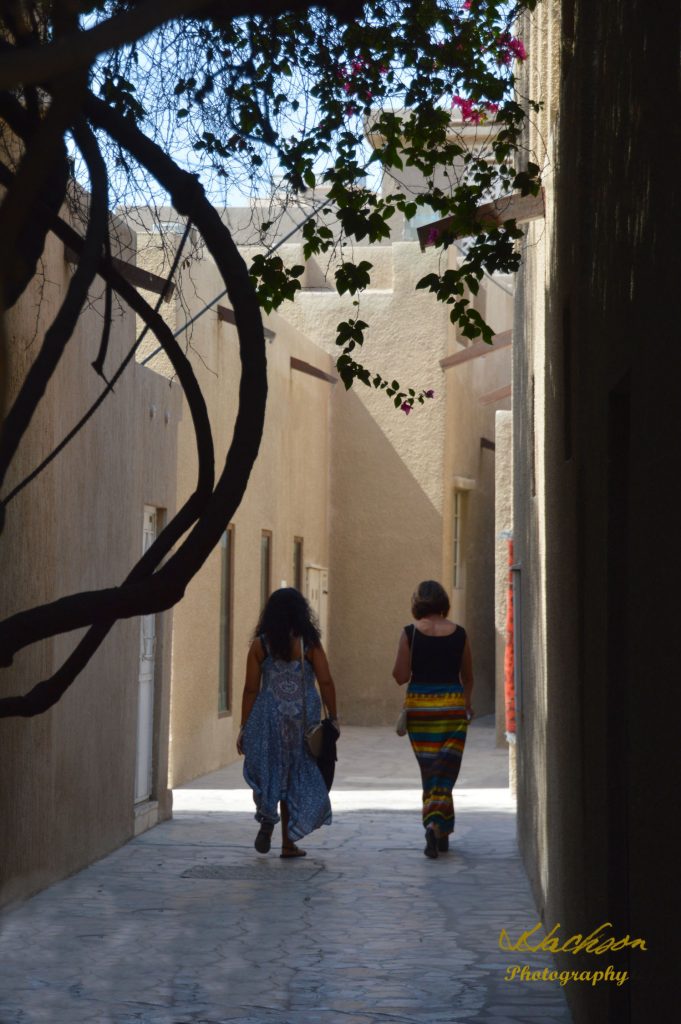 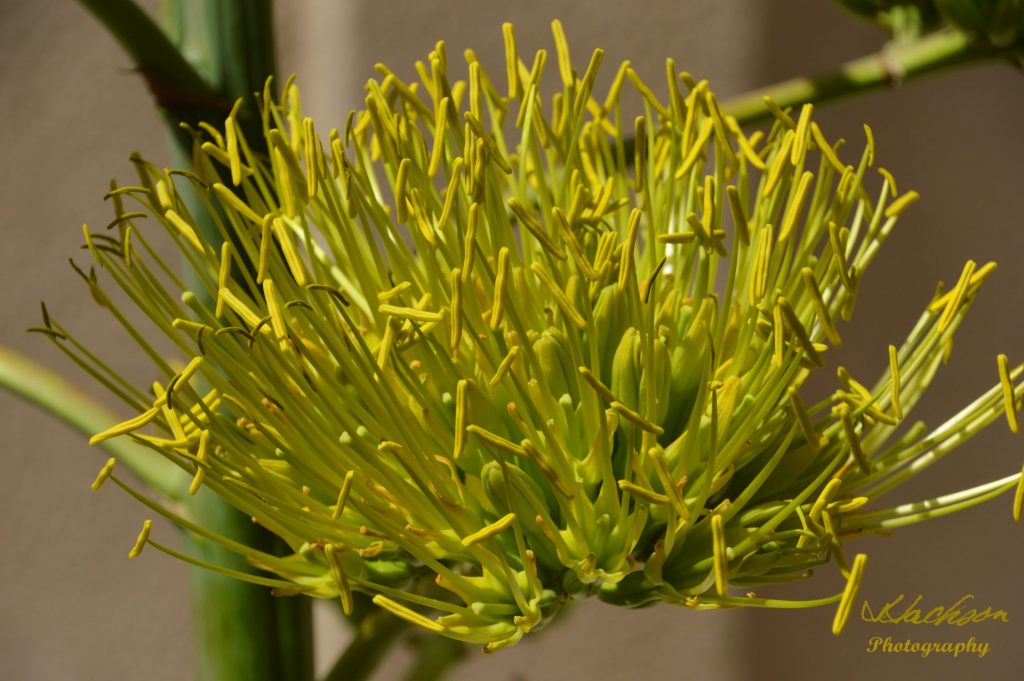 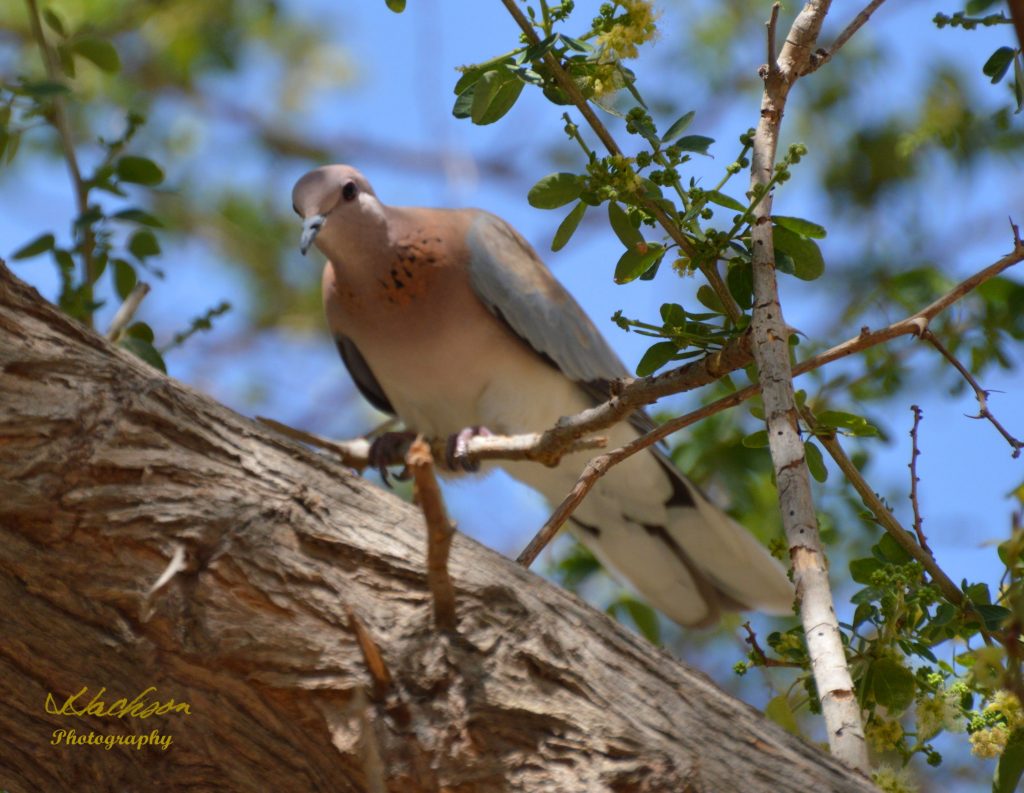 Not too far from the restroom facilities is a reconstruction of a Bedouin camp where a few Emirati men who were playing the role of ancient Dubaian Bedouin people. The Bedouin is a grouping of nomadic Arab peoples who have historically inhabited the desert regions in North Africa, the Arabian Peninsula, and the Iraqi region. The English word Bedouin comes from the Arabic badawī, which means “desert dweller.” 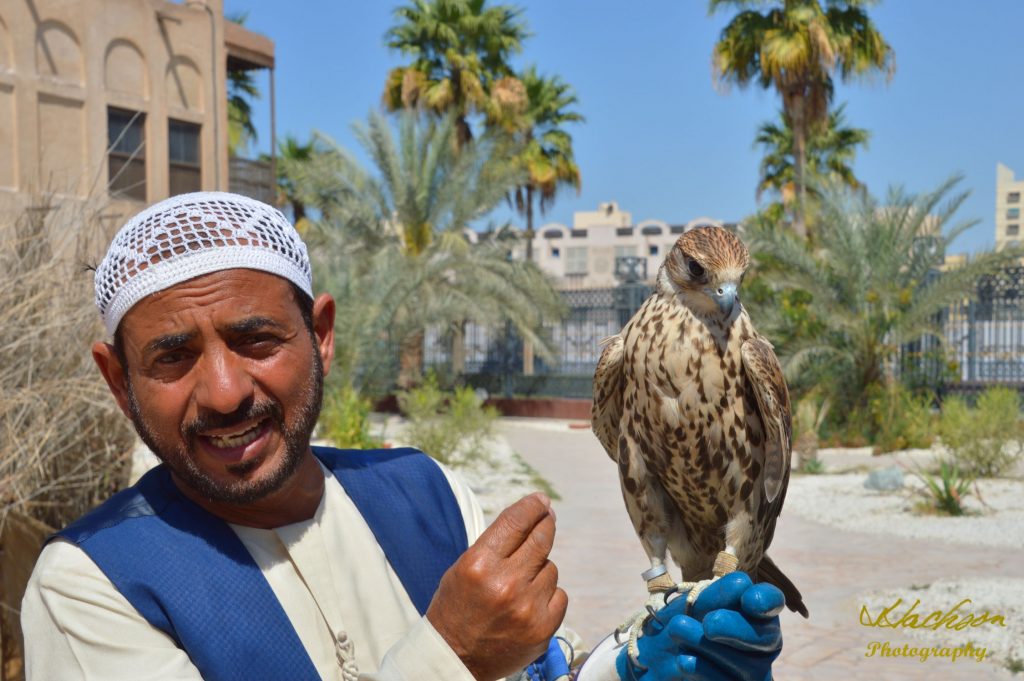 The Emirati love their falcons

One older Arab man had a beautiful falcon and I asked if I could photograph him with his falcon. He agreed if I would pay him 10 diran (about 3 US dollars) so I immediately agreed and handed him the money. He hoisted the bird onto a gloved hand and began this pleasant-sounding, melodic chanting to the bird. I was mesmerized, as was his bird, and I just snapped away on the shutter of my camera. The bird swayed regally to the man’s singing, holding its beaked head as high as it could, letting the world know that at one time his ancestors ruled this land. I later regretted not recording a video. It was so enchanting! 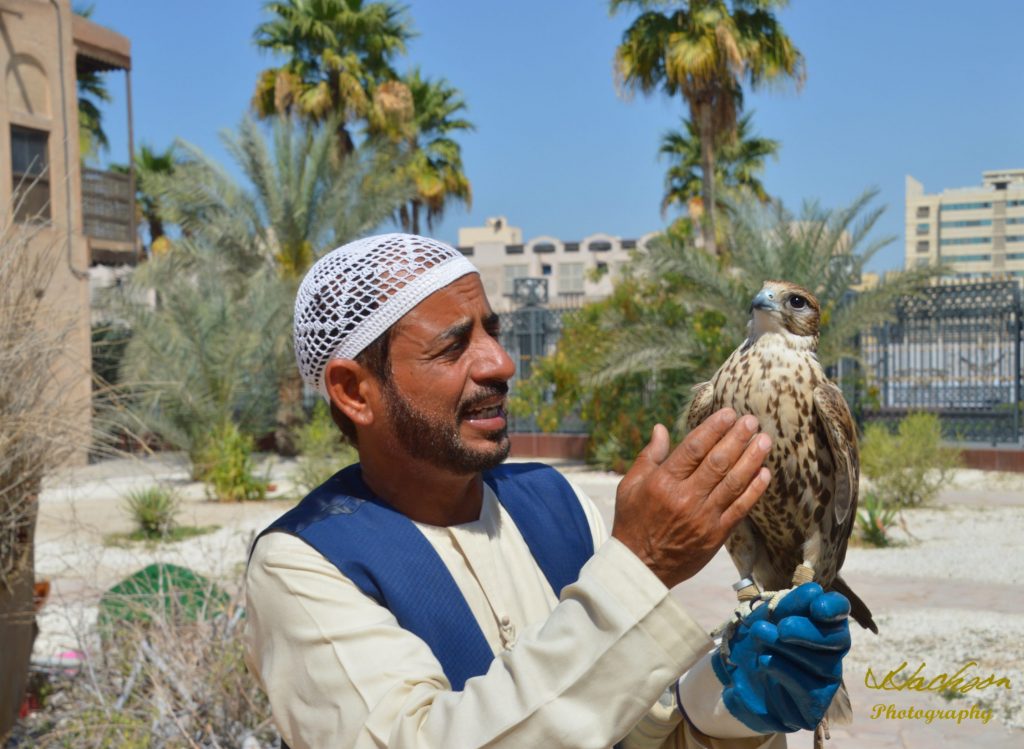 After I snapped to and stopped photographing the Arab man and his regal falcon, I looked around and realized that my tour group was nowhere in sight! I saw a group of people ducking inside one of the numerous, zigzagging narrow, tan-colored passageways, and marched quickly towards them. It took me some time to snake my way through the passageways and when I caught up with them I realized they were not from my group. In fact, they were not part of any group and they quickly dispersed in all directions. I had gotten lost from my tour group in a maze of passageways and narrow alleys of ancient buildings that all looked the same to me. There were no distinct markings except what seemed like random Arabic writing of which I had no clue of their meaning. 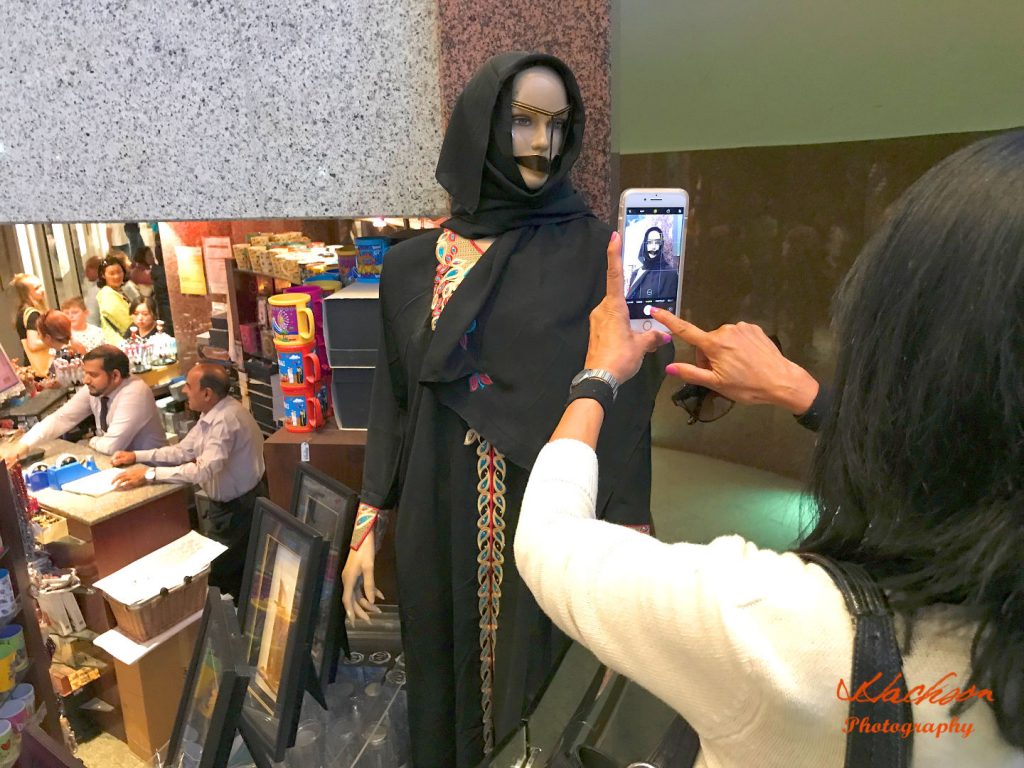 Souvenirs inside the museum

Being somewhat smart instinctively about direction, I made my way back toward the place where we had disembarked from the bus, but when I got there, there was no bus nor any of my tour group! I finally realized that perhaps they may have gotten back on the bus and had left me behind. At that point, I made my first phone call in Dubai to our tour manager who had no clue where I was despite me telling him precisely where we had disembarked. Luckily the tour operator and the group had worked its way back to that point where I happily rejoined them. From then on, our tour leader did periodic head counts and told us precisely where and when we would meet. 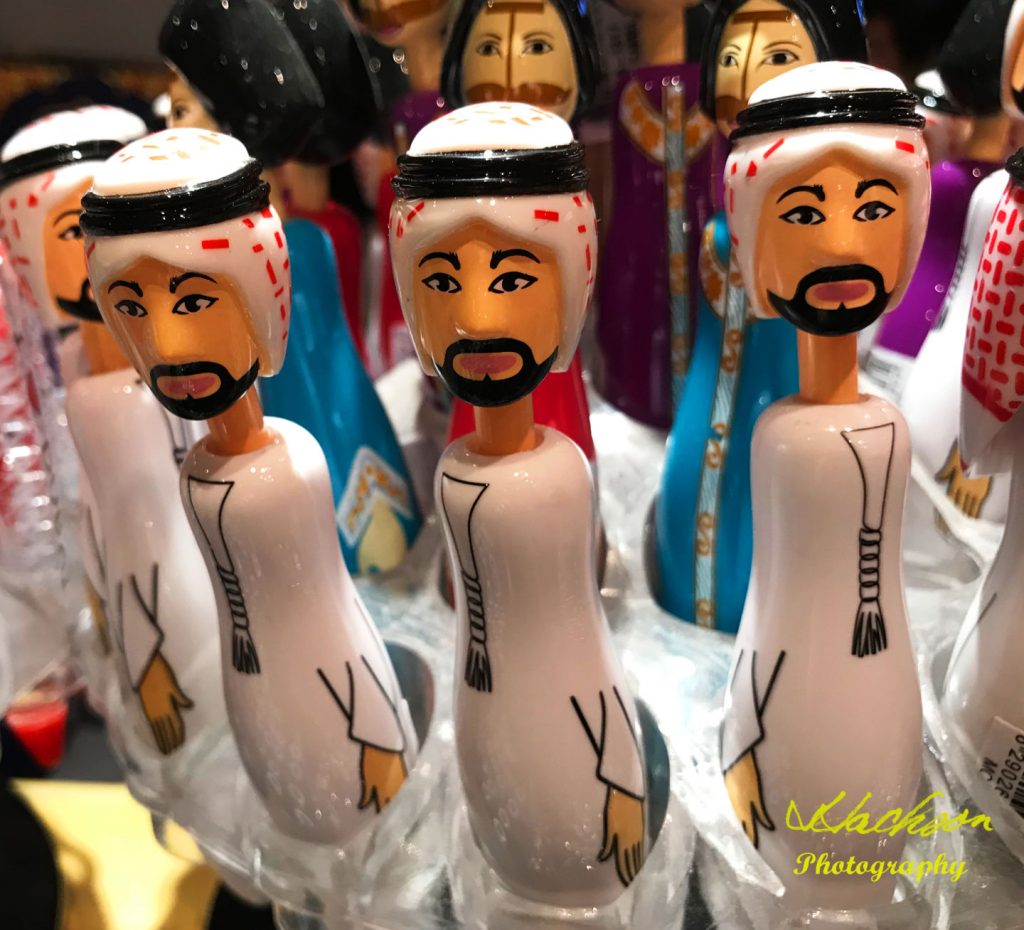 It is starting to get hot here but not too hot, in fact comfortably warm, but the sun is bright, very bright from the reflection off the sand and nearby sea, I presume. My sunglasses helped some, but I still squinted to cut down on the glare. I have a water bottle that I drank from to keep me hydrated.

We took the tour bus to a dock along a manmade river, which for some reason they call a creek. We boarded a small boat and took a ride across the creek, which shall always remind me of an odd reference to a man-made river. We disembarked from our small skiff and walked a few steps to the gold and spice souk (a market) where many hawkers hounded us and tried to sell us bright, sparkling gold, fake watches, and handbags, as well as many different types of spices, mostly mountains of saffron from Iran. 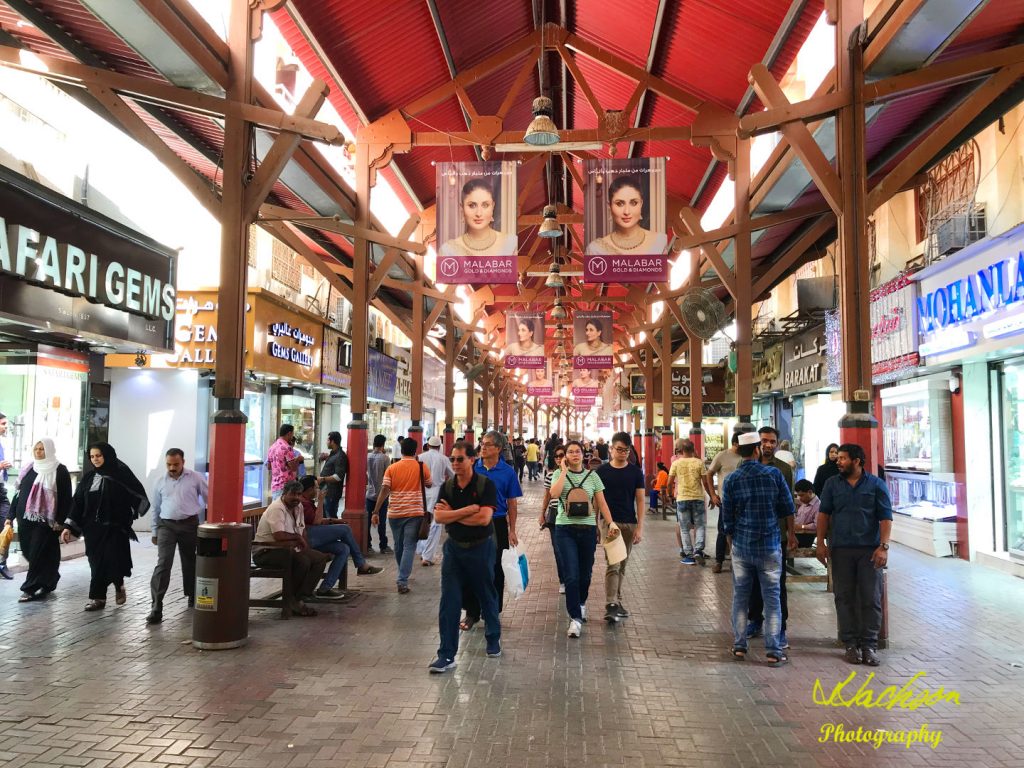 The Gold and Spice Souk

Here in Dubai they work gold but have no gold as a natural resource, all of it is imported. They make some amazing stuff, jewelry mostly, but some of it is quite garish, flashy and kitschy. Not many simple bands of gold but literal gold armor plating for women! The Indians love it and the gaudy “jewelry” is used for their dowries. We saw the biggest ring in the world and I am starting to understand that Dubai wants to have the biggest of everything in the world, regardless of how useful or garish that item may be. 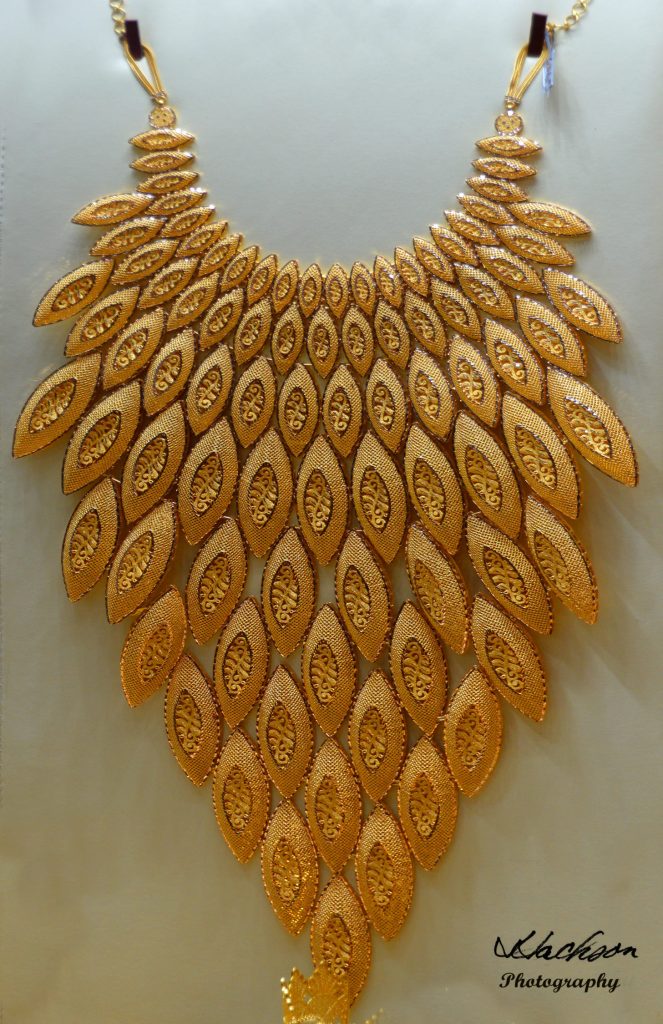 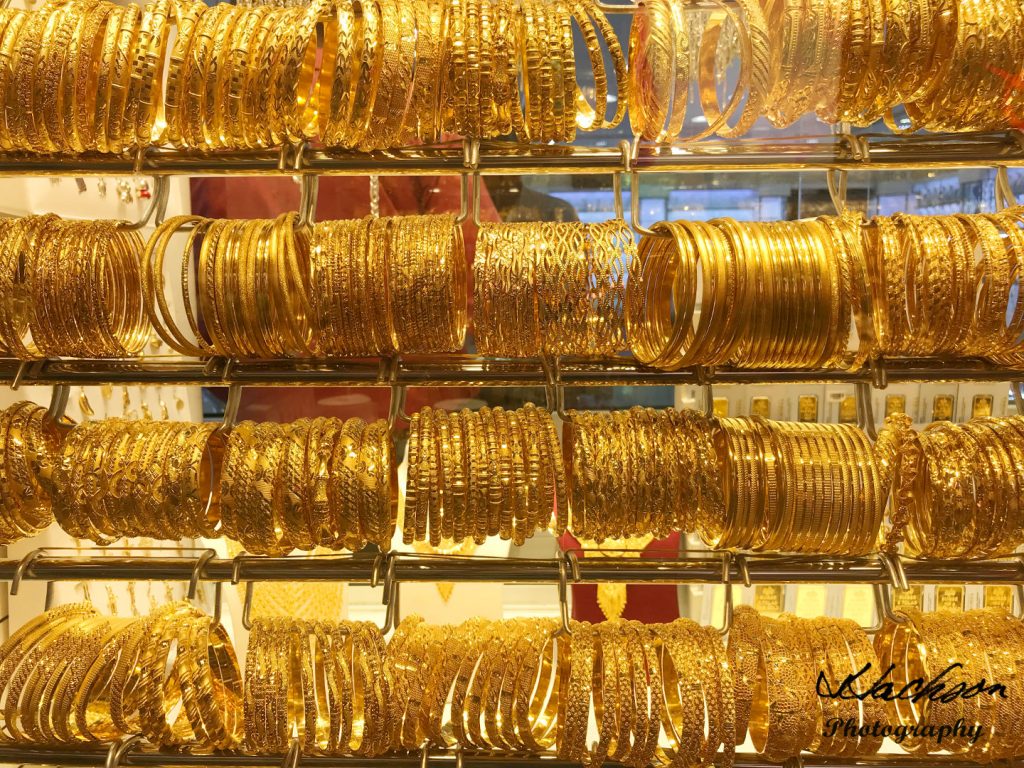 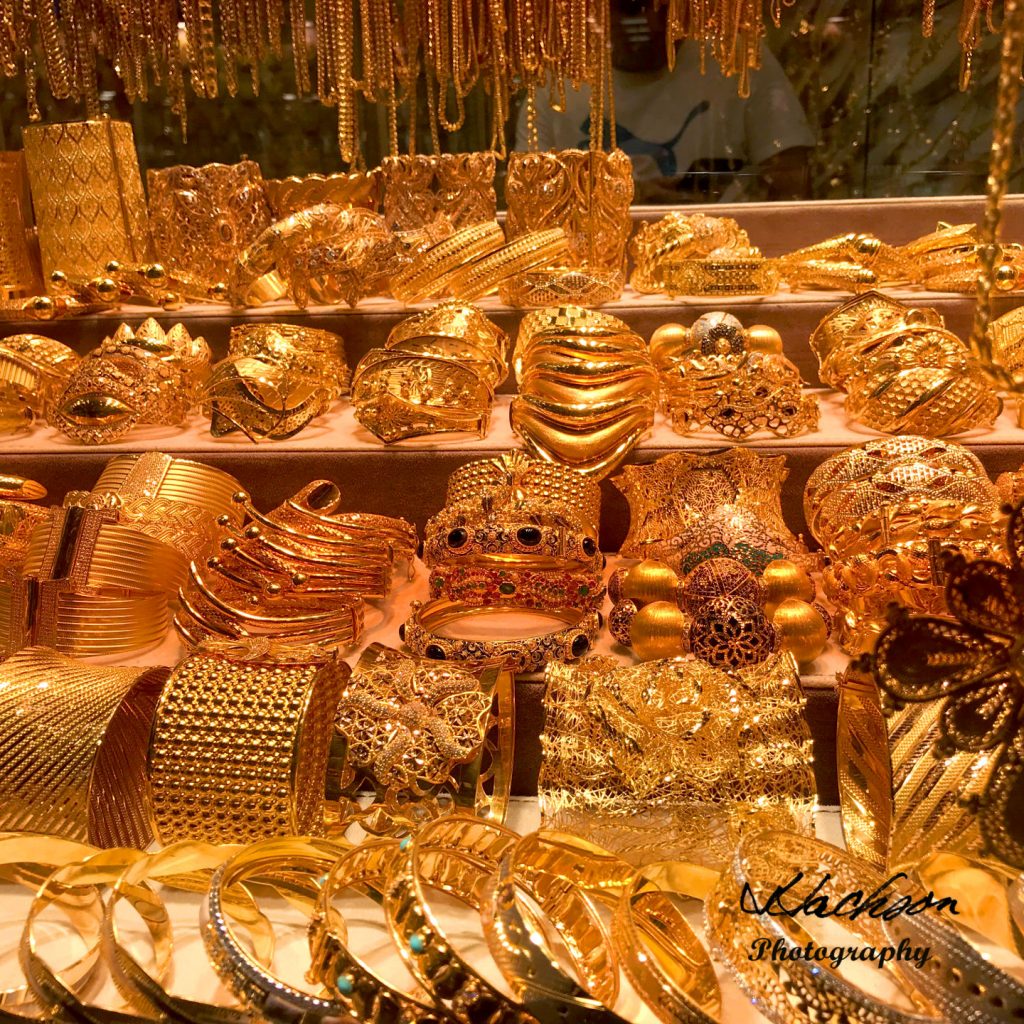 Above, jewelry at the Gold Souk

We ventured into the adjacent spice market which smells amazing! So many spices and so many smells. The predominant spices are curries and saffron, of which very large jars are filled with the beautiful red saffron. Most of the spices I have not seen before, nor am I adventuresome enough to try them, although I did eat some camel milk chocolate. They look like colorful little agate stones and do taste quite good. However, I doubt that Dubai’s camel chocolate will ever gain the same reputation as Swiss chocolate! 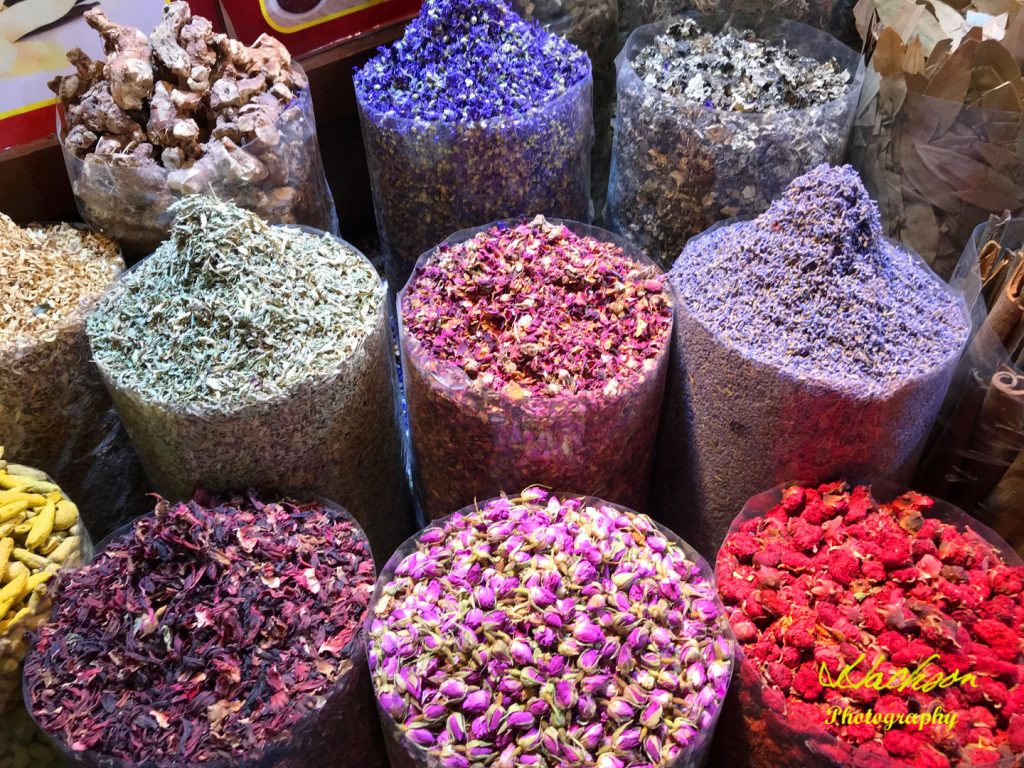 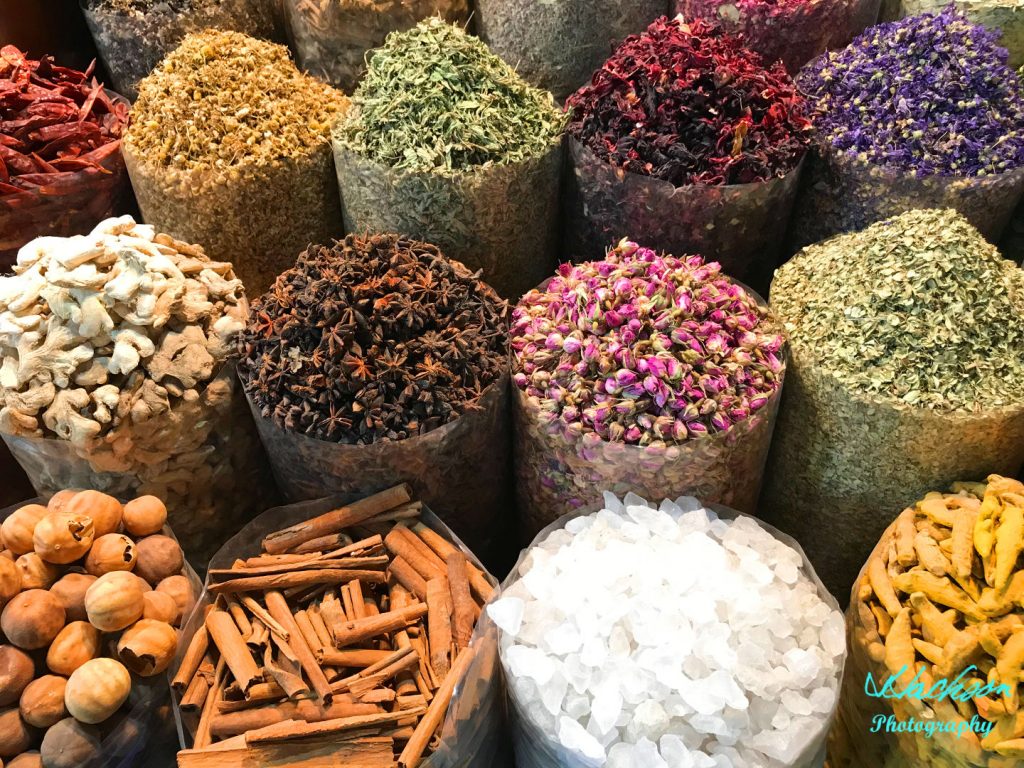 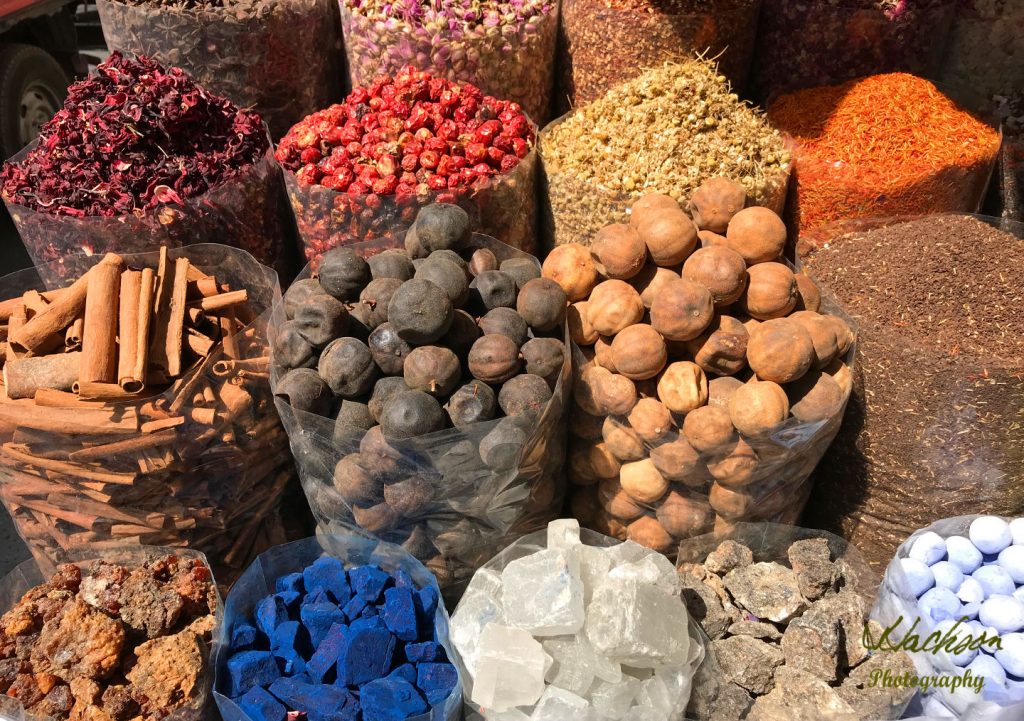 By the time our tour ended, and we were returned to our hotel it was way past lunch, so we opted to have Hawaiian pizza for lunch in our hotel. It was made from turkey bacon and pineapples and was actually quite good. Pork in this region is near impossible to find due to Muslims hating the lowly pig and the products that come from it. 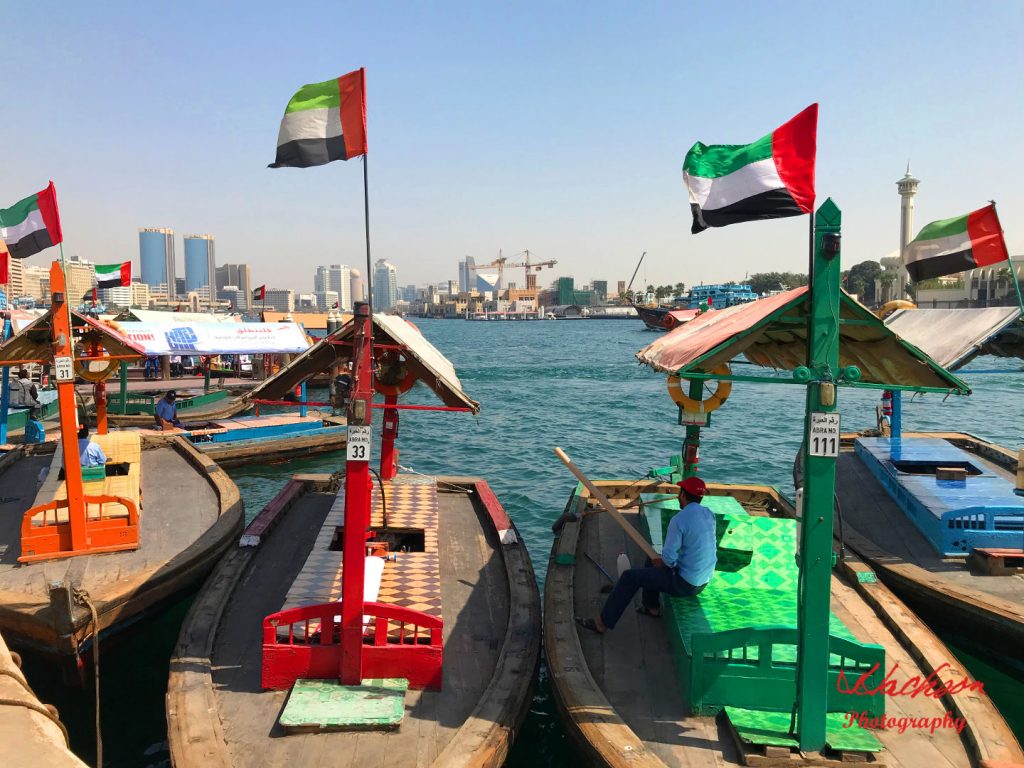 The Dubai Creek at the Gold Souk

My impossible bucket-list goal of visiting every country in world just got increased by one as UAE is number 33 and another drop in the bucket!