Hunting for Topaz in the Topaz Mountains of Utah 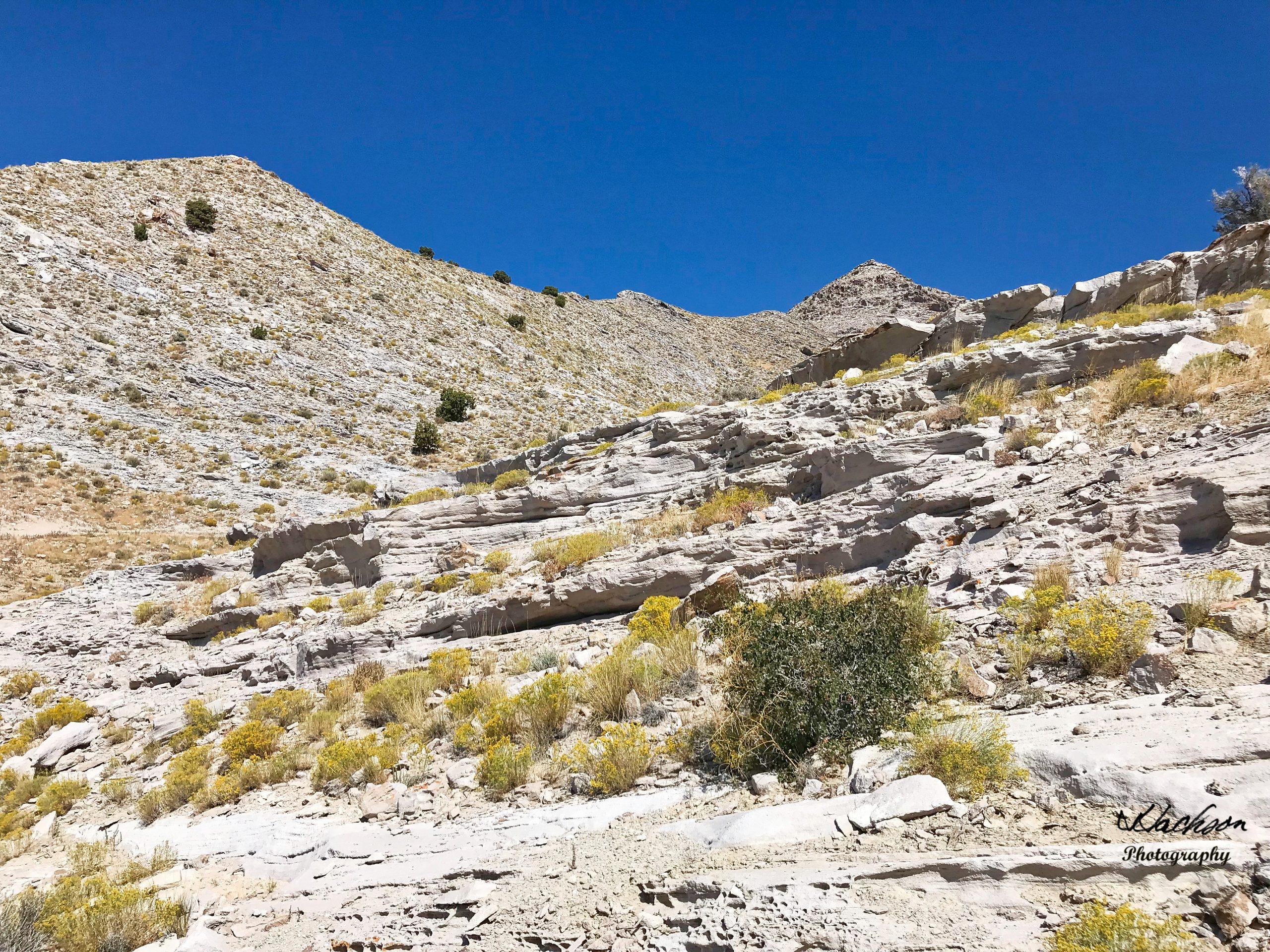 Topaz is Utah’s state gem, becoming so in 1969. Found in Beaver, Juab and Toole counties of Utah, the semiprecious gemstone occurs in a variety of colors. Formed in volcanic rhyolite, it is naturally amber-colored, but once exposed to sunlight it becomes “beached” and turns clear and colorless. 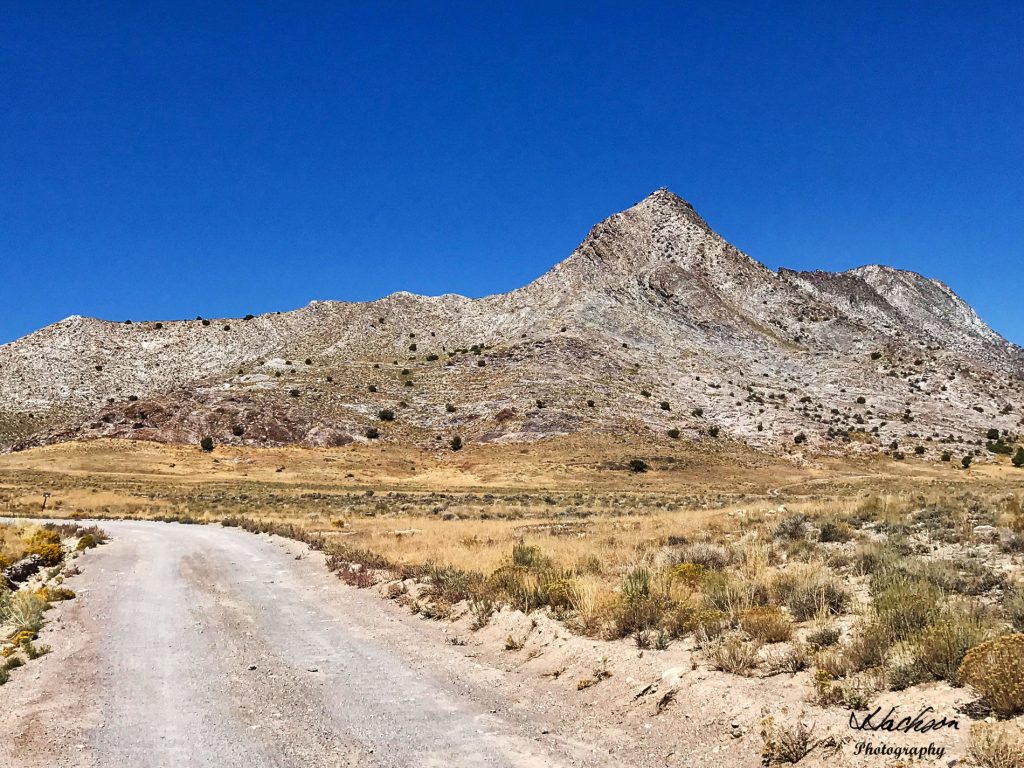 Above, the unpaved portion of road from Delta, Utah to the Topaz Mountains

Rhyolite volcanic rock was formed from eruptions during the Tertiary Period some seven million years ago. The topaz formed inside cavities inside the rhyolite and can be found imbedded in this rock using a hammer and chisel. Loose pieces can also be found along the slopes and washes of the arroyos. 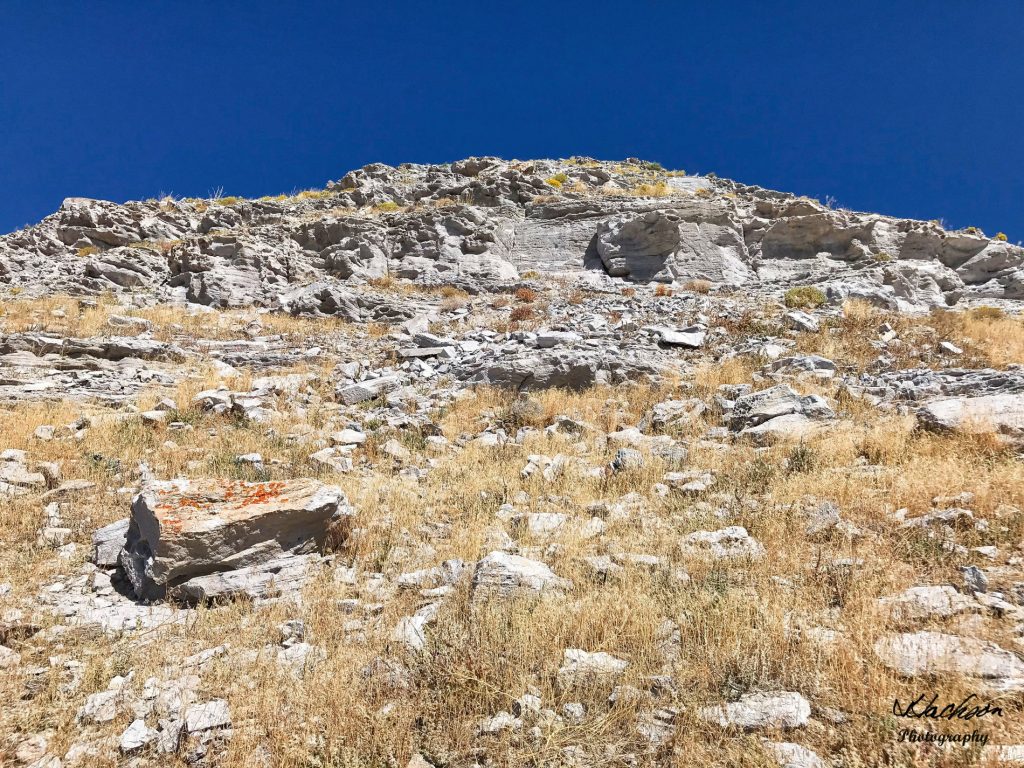 Above, watch for rattlesnakes if you venture out into the brushland to hunt for topaz and other minerals

Topaz, an aluminum fluorisilicate, and is next in hardness to diamonds, one of the hardest natural minerals, and is usually found in small but perfect crystals. Topaz Mountain sits as the summit of the Thomas Mountain Range in Utah, just east of what is known as the Thomas caldera. The area around Topaz Mountain also has an abundances of not just topaz but other semiprecious minerals including opal and the rare red beryl. Other minerals that can be found along the Thomas Mountain Range include amethyst, bixbyite, cassiterite, cristobalite, durangite, garnet, hematite, pseudobrookite, quartz, and red beryl in cavities of rhyolite. 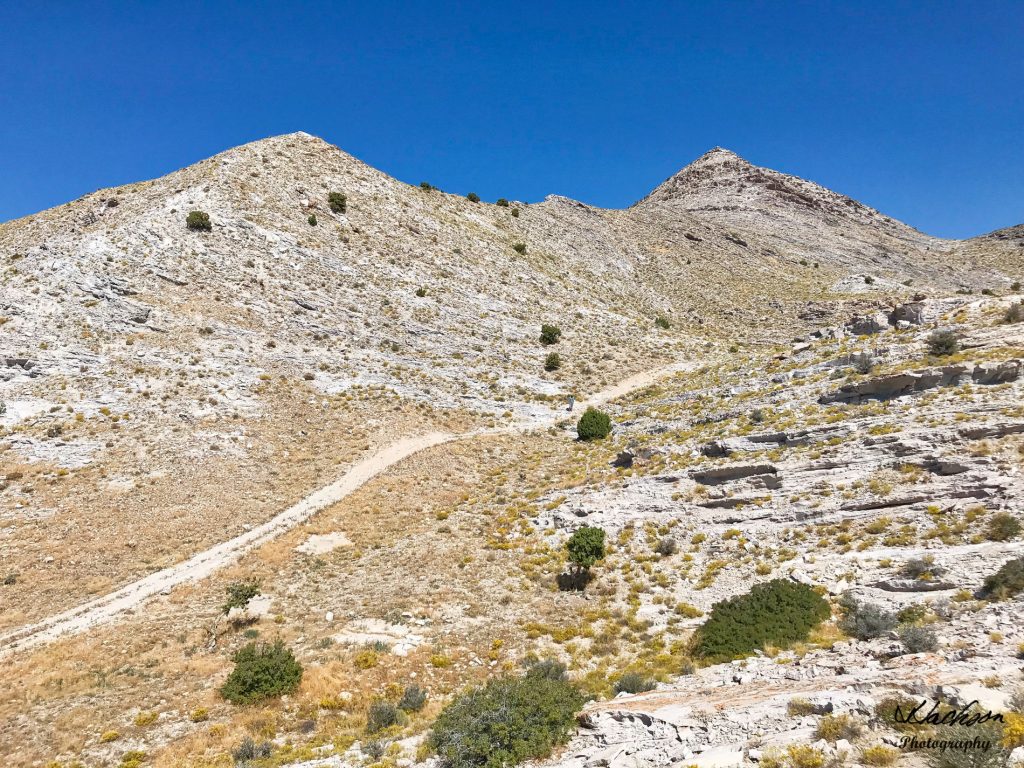 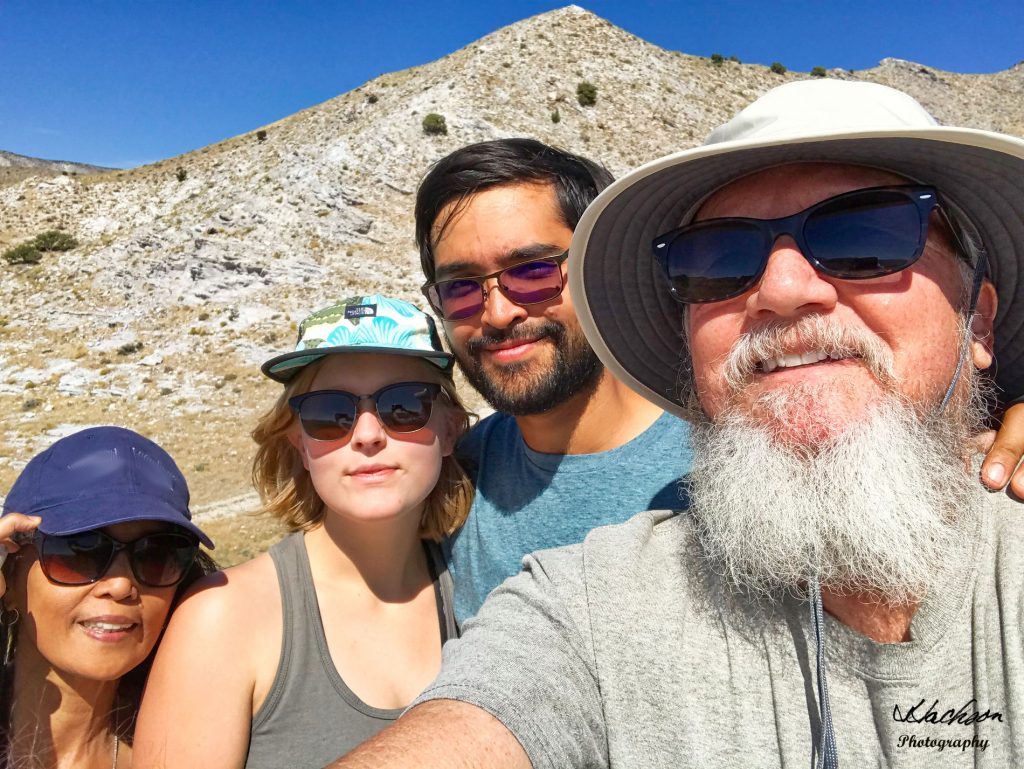 It is recommended that you do not venture into this area alone. In case of an emergency, the phones do not work so well way out here, plus it’s more fun to share the adventure and your findings with your friends and loved ones! Also bring plenty of water and food, because there are no amenities out here. Plan for the day, take plenty of breaks, drink plenty of water and have a picnic to relax before heading out again to hunt for topaz. 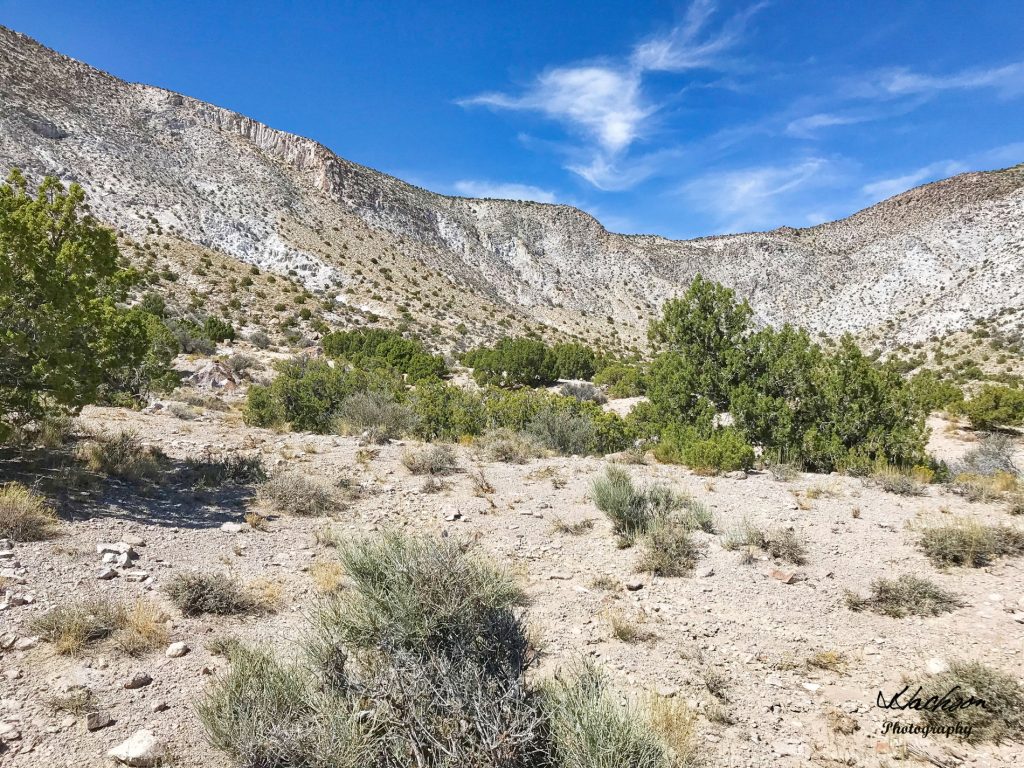 Bring good shoes, wear sunscreen, and watch out for rattlesnakes! If you intend to surface hunt, have a small bag and tissues ready to wrap and carry your finds. If you plan to break off pieces of the rhyolite, bring a good rock hammer or small sledgehammer, and a solid chisel. A good pair of gloves helps. Make sure that you wear adequate eye protection! And by all means, don’t leave your trash behind, and if you see trash that someone left who was not properly raised, pick it up and carry it out. 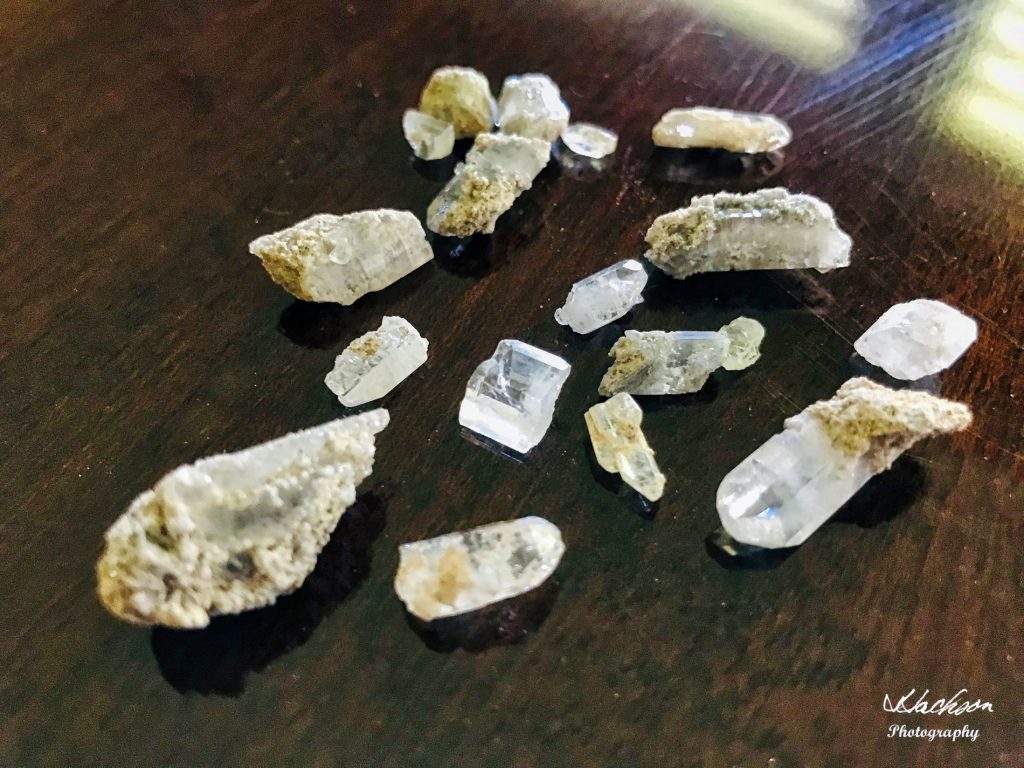 Rockhounding along the Topaz Mountain is free, except in specifically marked areas. The above photo shows what one member of our group found in just a few hours of work, both walking the arroyos and a short amount of time spent busting rocks. 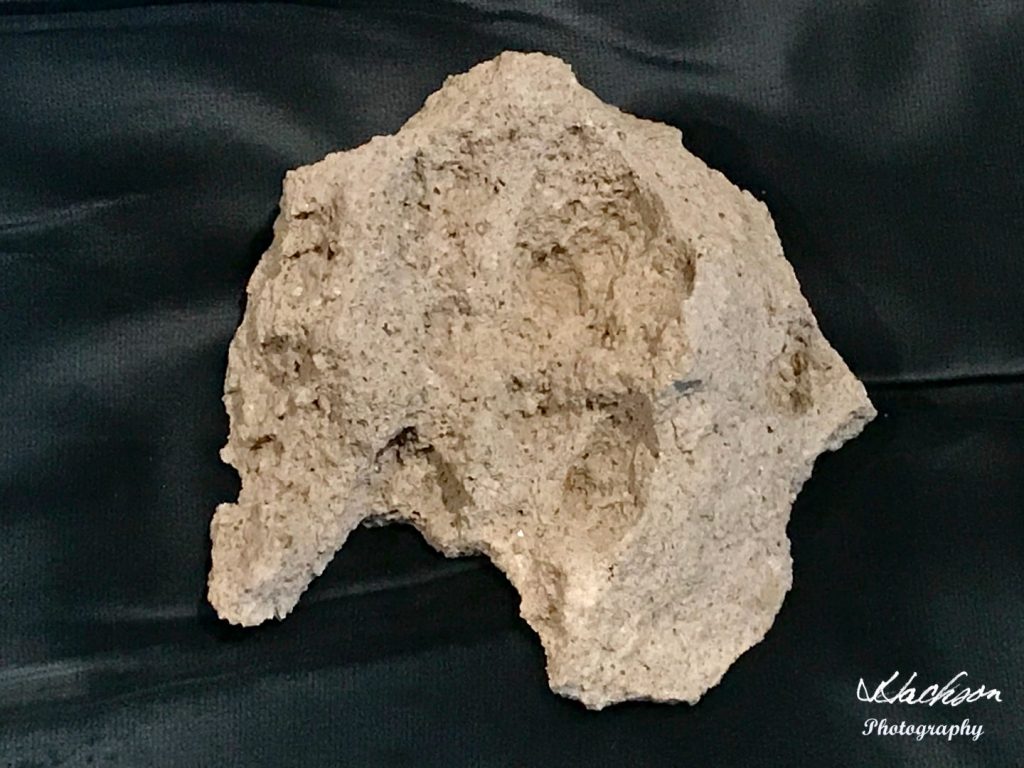 Above is a nice piece of rhyolite which is loaded with all sorts of microscopic minerals. The following photos were taken of different spots on the above rock. You can see trace amounts of topaz, quartz, mica, and several other unknown minerals. 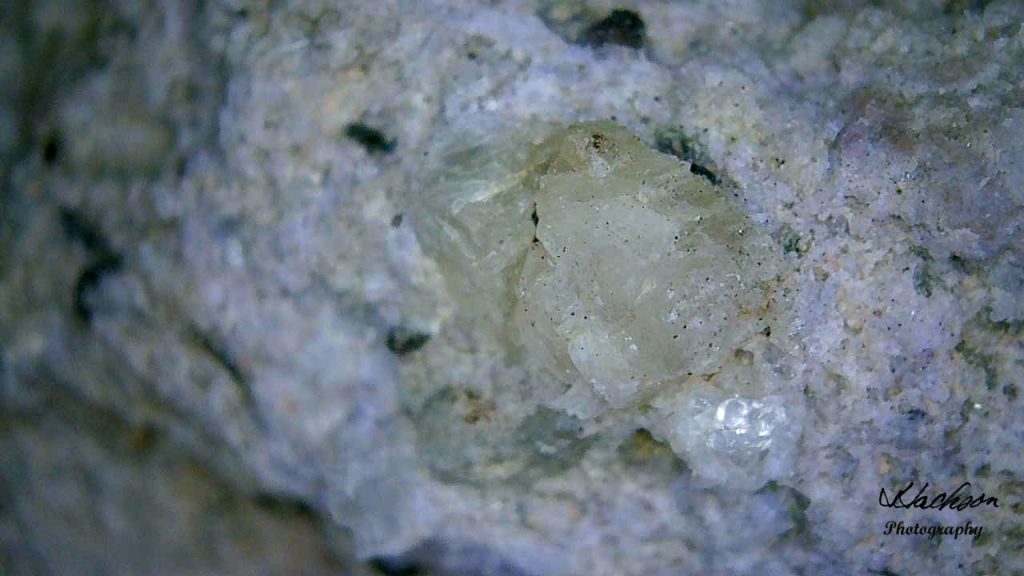 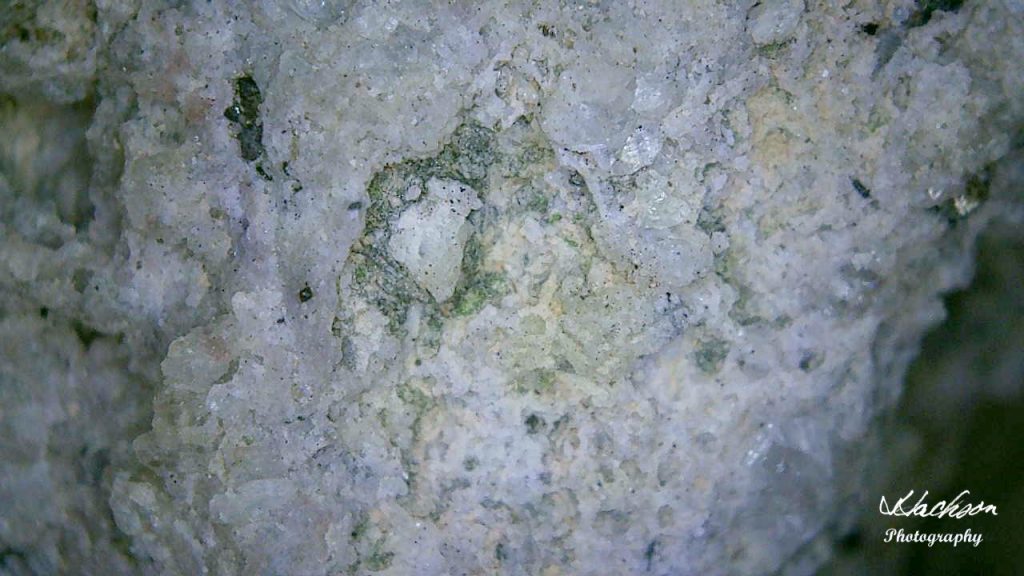 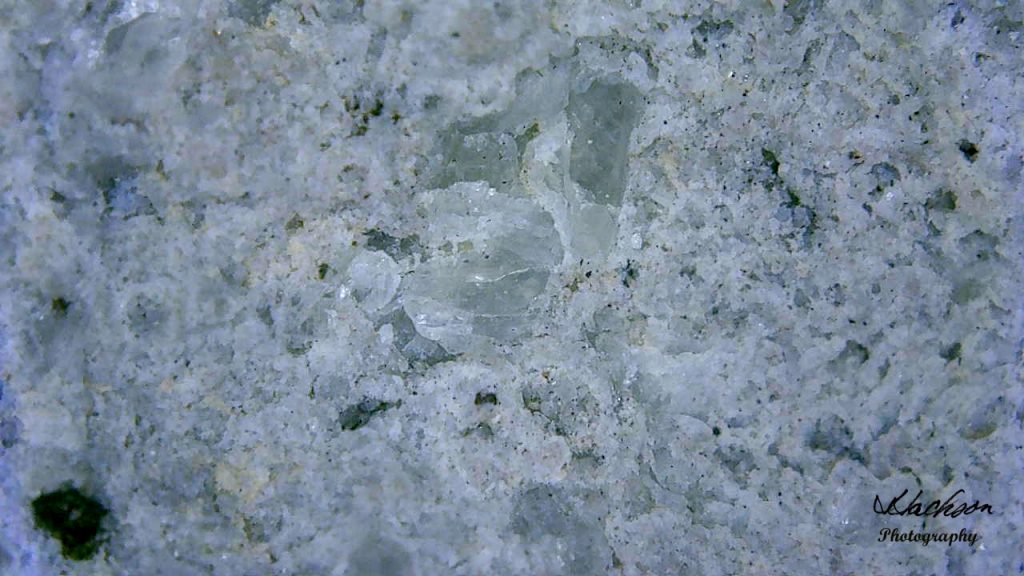 Red beryl, which occurs as small crystals, is a very rare mineral that can also be found in the Topaz Mountains. Reports are that a top grade faceted red beryl can fetch as much as $10,000 per carat! It is very rare, and estimates are that only one red beryl crystal is found for every 150,000 diamonds.

Below, a prospector from Eureka, Utah: 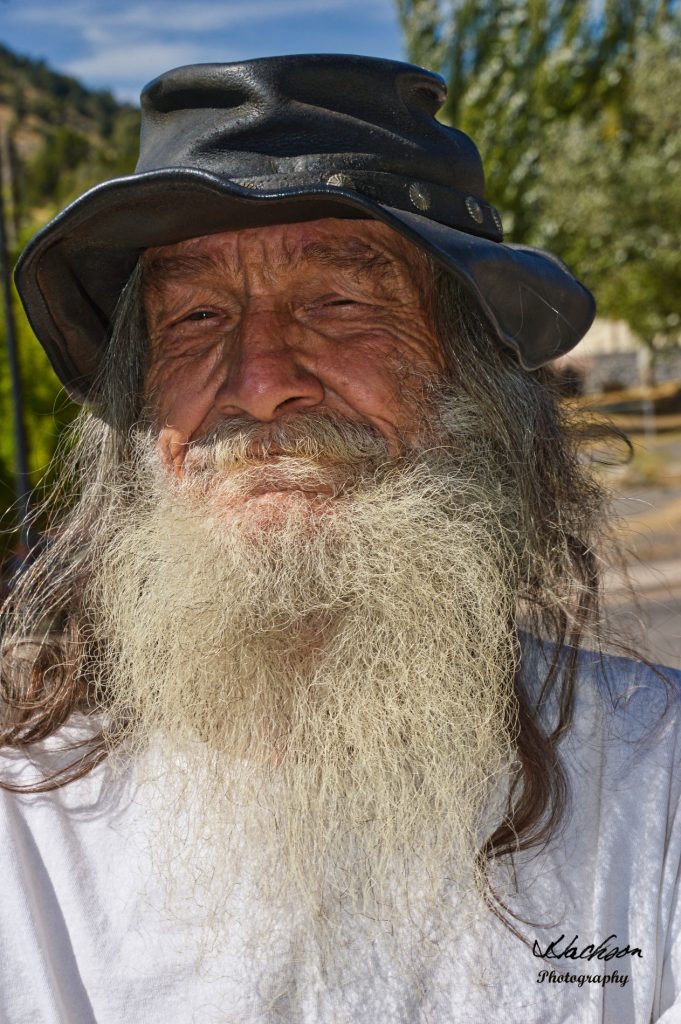 How to get there:

From Nephi, Utah, travel 33 miles southwest on State Highway 132 to Lynndyl. Turn south on U.S. Highway 6 and drive for approximately 5 miles. Turn west on the Brush Wellman road and travel 38 miles until you reach the Topaz Mountain sign. Turn north on the dirt road and drive about 2 miles, then turn west toward Topaz Mountain. 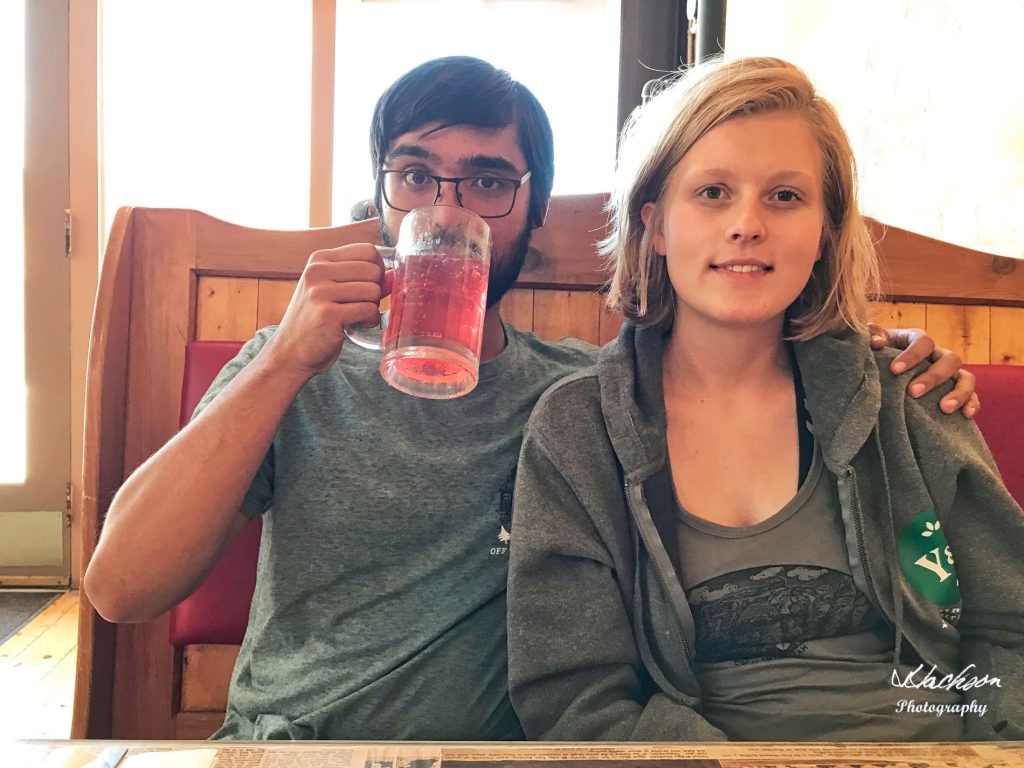 Above, consider a stop for lunch at Porters Place (Rockwell Station) in the town of Eureka on the way back to Salt Lake City. The frybread, which they call scones, are the best you will ever taste. They have no resemblance to scones which I tend to always find to be like dense cardboard bricks, but not these at Porters. The burgers are super as are the fries, and the owners are great people. 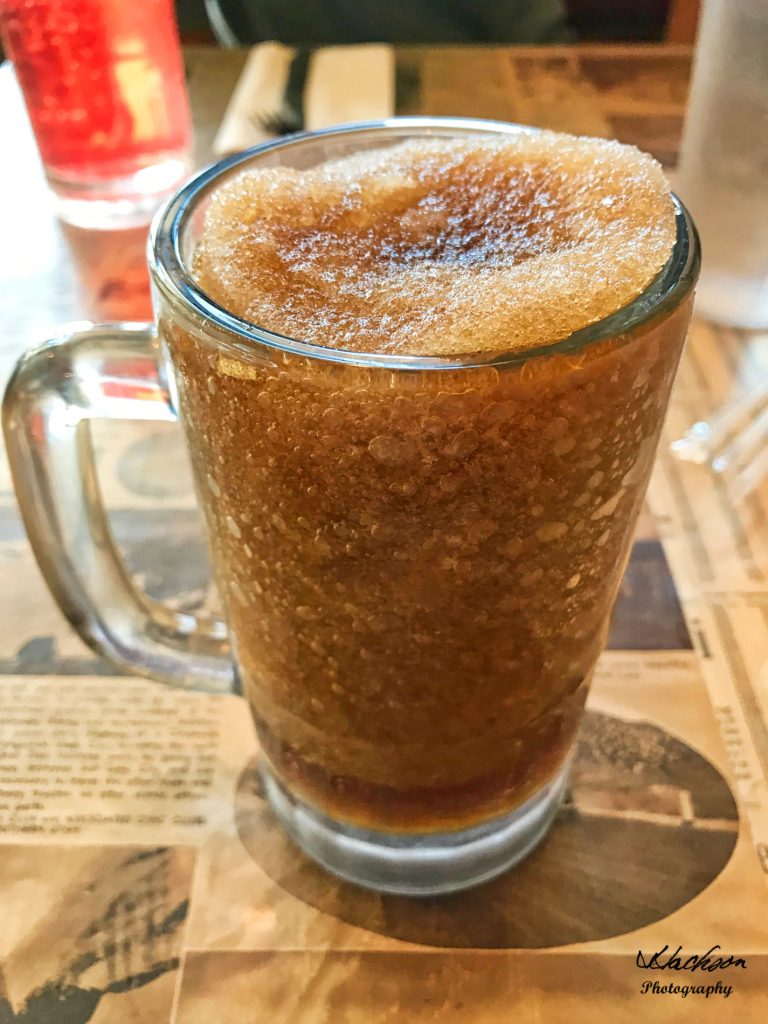 Above, quench your thirst with one of the many “cure-alls” that have names such as Rattlesnake Bite like this one that went great with my buffalo burger and fries.

If you love hunting for rocks, especially the semiprecious kind, consider adding a topaz gem hunt in Utah to your bucket list. It will be a valuable drop in the bucket.