The Huangpu River at night: “the Mother River of Shanghai” 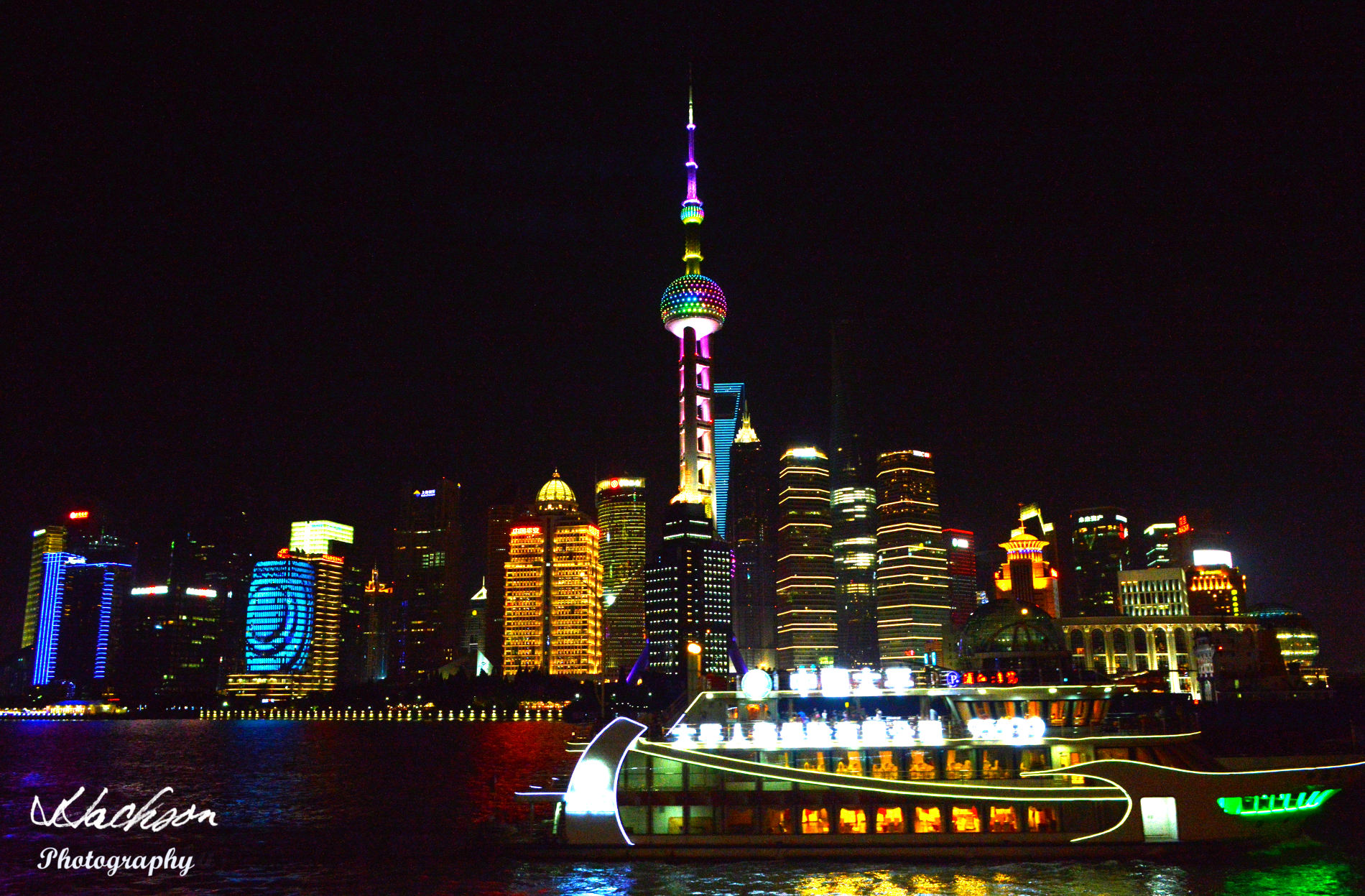 What can be a more pleasing way to end your vacation in China than a night cruise along the harbor of Shanghai and gliding gently along the Huangpu River enjoying the bright lights and the spectacular display of amazing architecture that lines the shores? 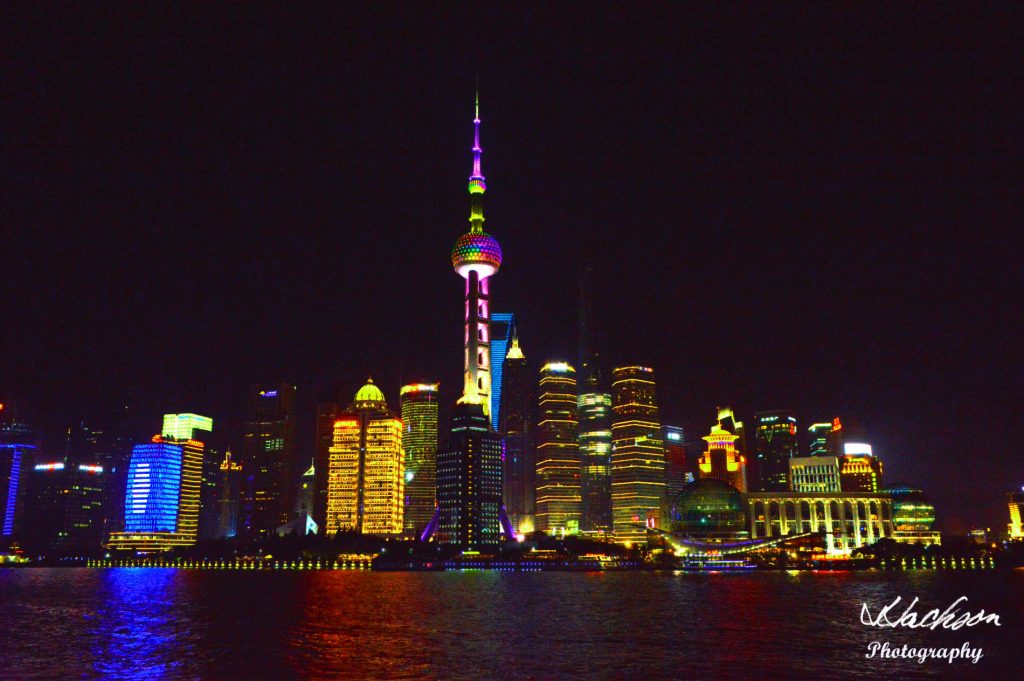 The Huangpu River at night offers a spectacular display of colorful lights and sights of the Mother River of Shanghai. 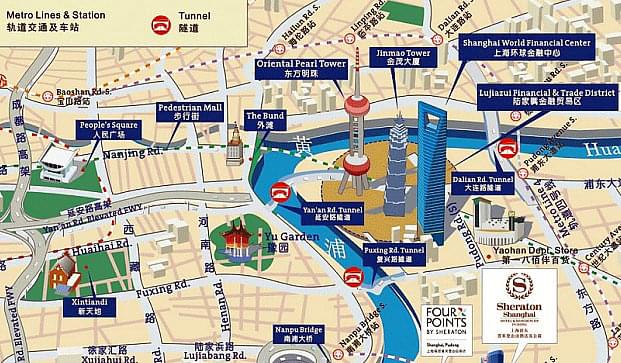 Our night cruise began on the Bund side of the Shanghai harbor on a warm evening that had clear skies. And although all of the massive buildings on the Pudong side were on display in their bright, gay colors, the Oriental Pearl Tower dominated the center of our attention. 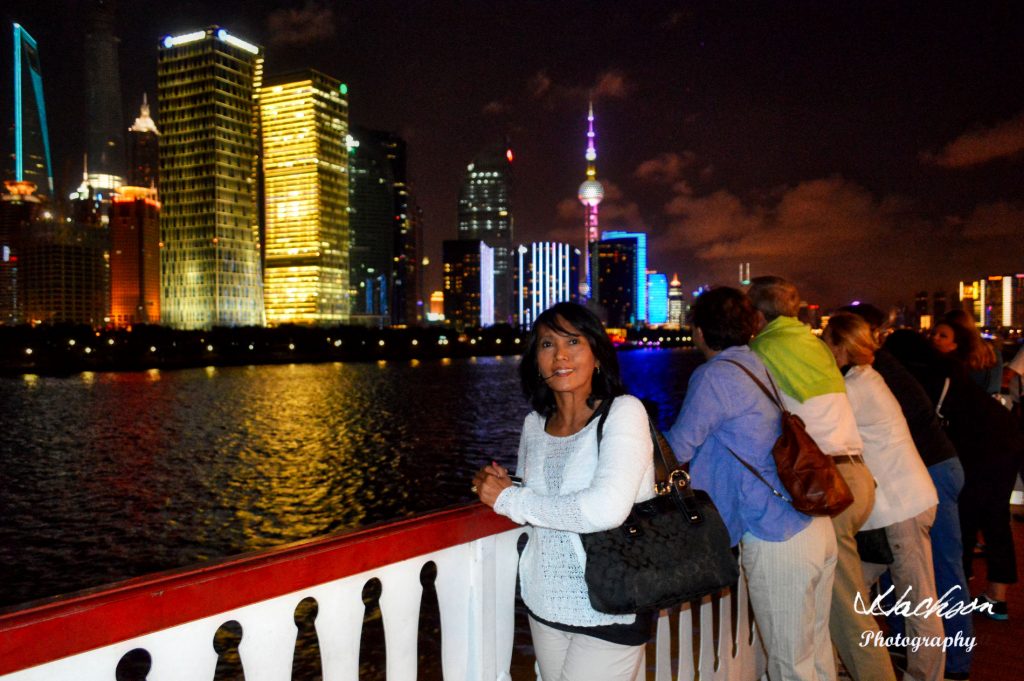 What could be as romantic as a harbor cruise in the midst of a forest of spectacular buildings, all colorfully adorned in a vast array of neon and bright LED lights?

The Huangpu River, the largest river passing through the city of Shanghai, is honored as the mother river of Shanghai.

It stretches for 113 kilometers (70 miles) with an average width of 400 meters and a depth of 9 meters. It snakes its way through Shanghai and divides the city into two sections: Pudong in the east and Puxi in the west. 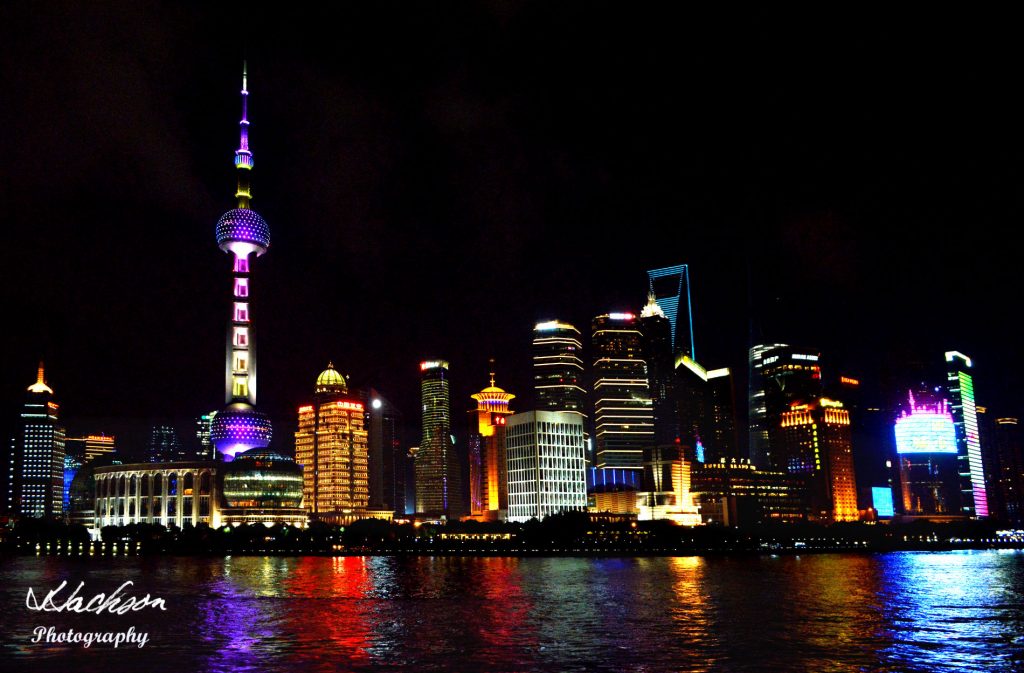 At times the colorful reflections of the skyscrapers along the waterway are as impressive as the actual buildings themselves. The river is also the source of most of Shanghai’s drinking water, after it goes through a purification process, of course. Today, the Huangpu River is the site of bustling tourist business in the form of river cruises. 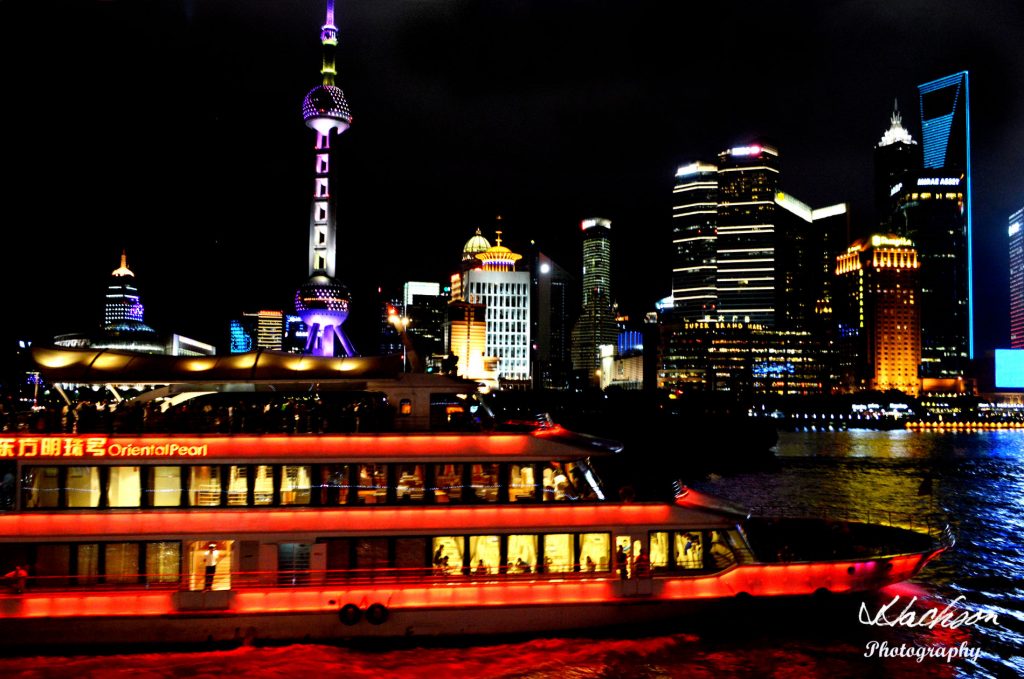 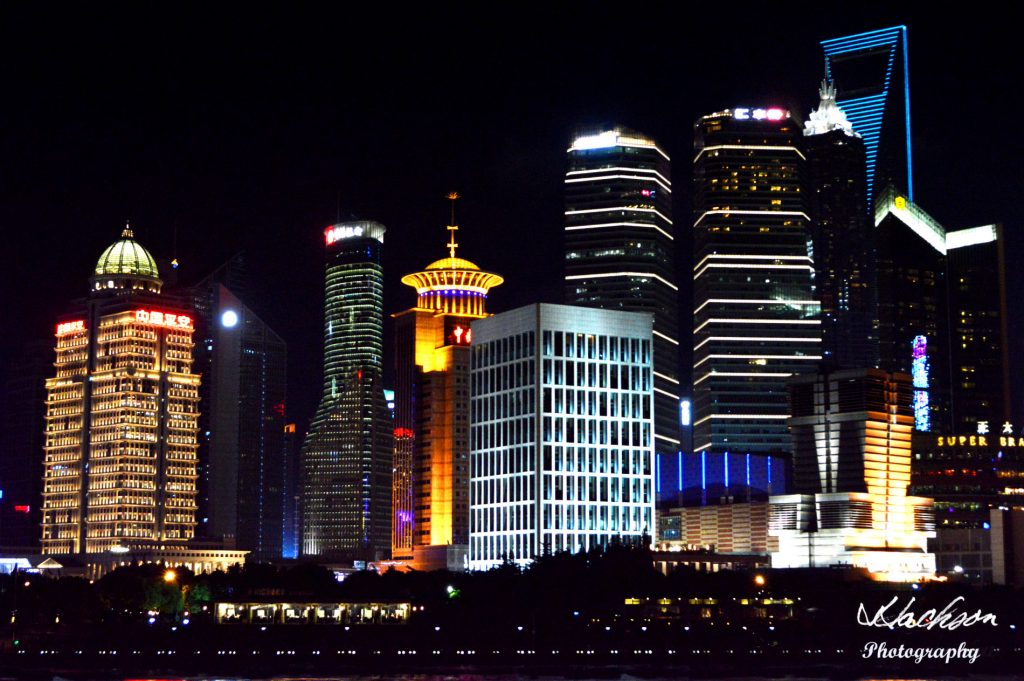 The Huangpu River cruise makes you feel as though you in one gigantic architectural museum with a vast array of dazzling buildings that each have their own unique design and characteristics. 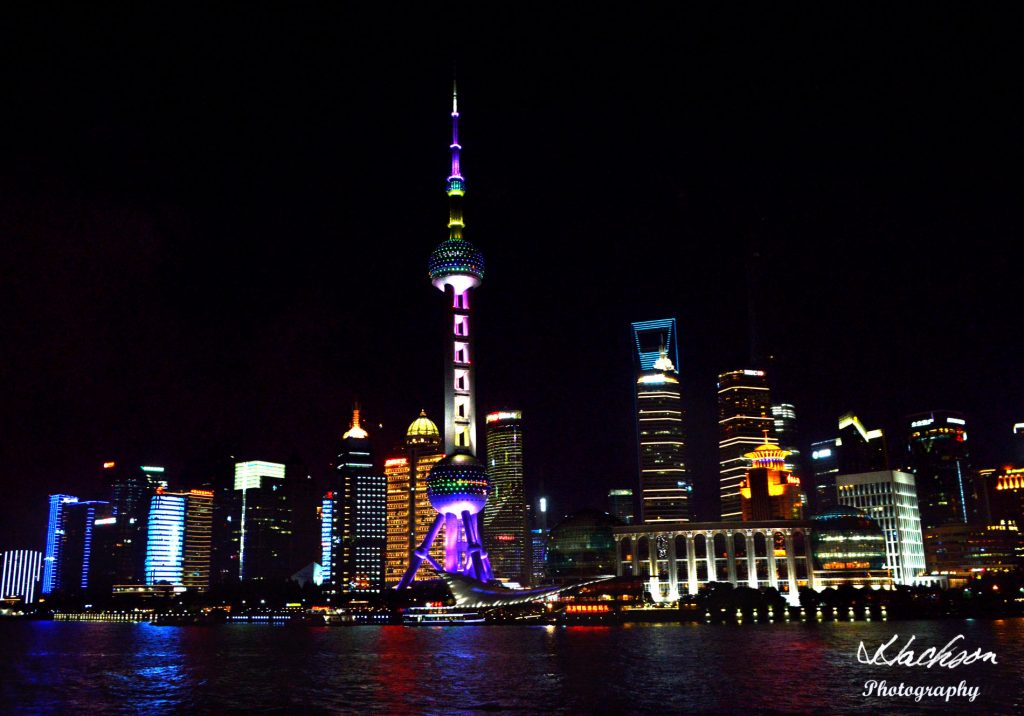 The Oriental Pearl Radio & Television Tower is a TV tower in Shanghai. Its location at the tip of Lujiazui in the Pudong New Area along the shore of the Huangpu River, opposite The Bund, makes it a distinct landmark in the area. Its principal designers were Jiang Huan Chen, Lin Benlin, and Zhang Xiulin. Construction began in 1991 and the tower was completed in 1994. 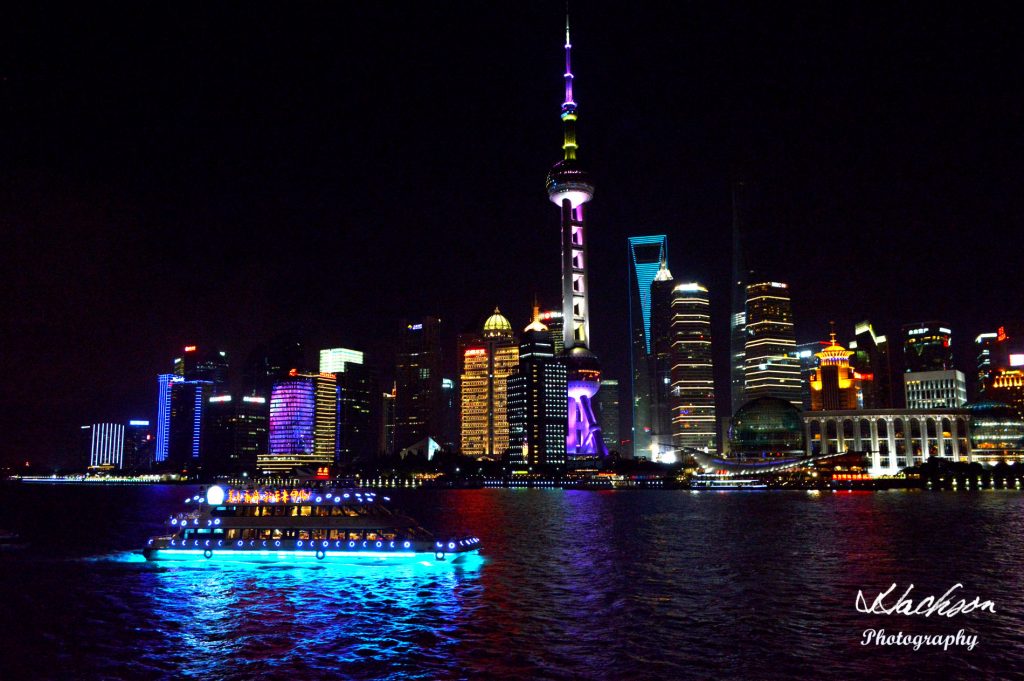 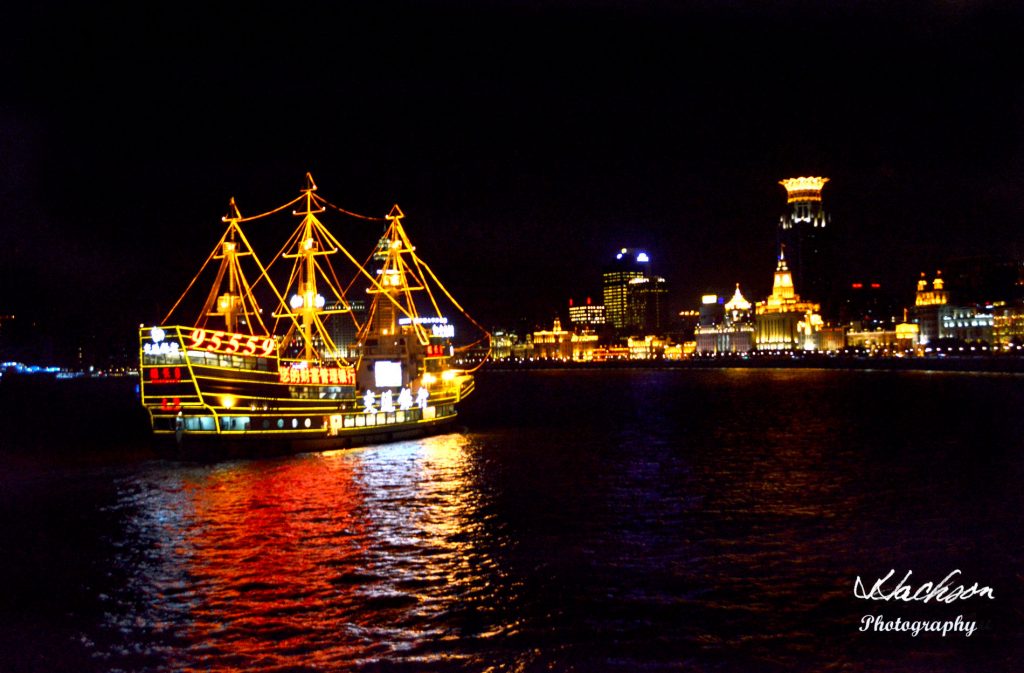 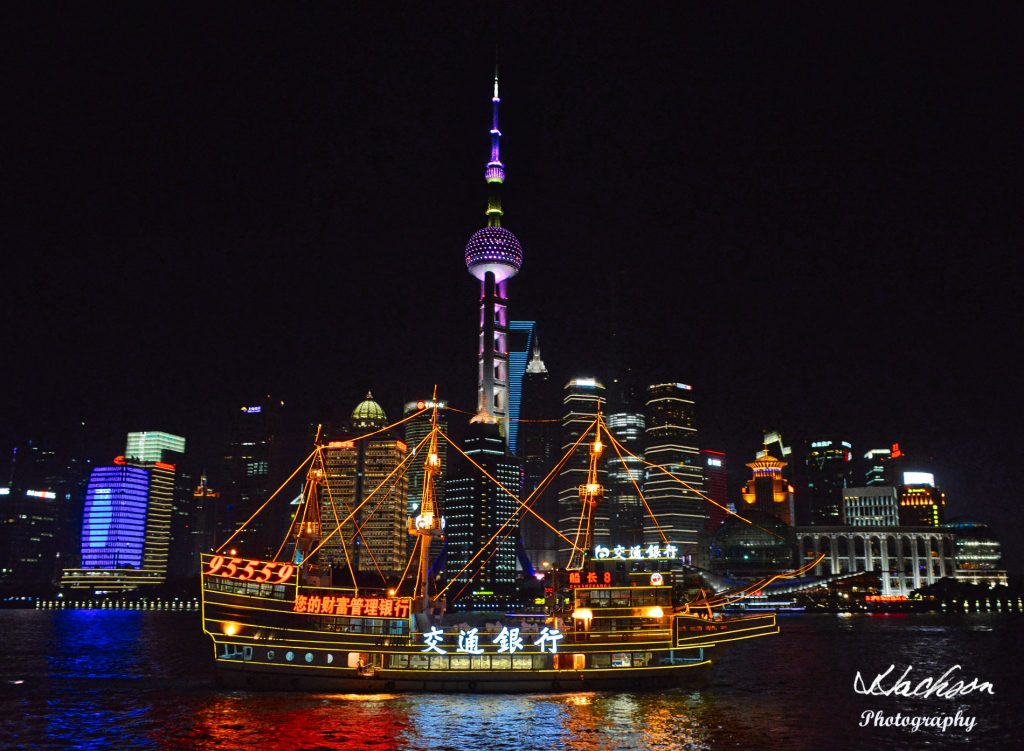 The Oriental Pearl Radio & Television Tower, at (1,535 feet high (468 m) high, was the tallest structure in China from 1994–2007 when it was surpassed by the Shanghai World Financial Center. The tower is brightly lit in different arrays of LED sequences at night and dominates the Shanghai skyline. 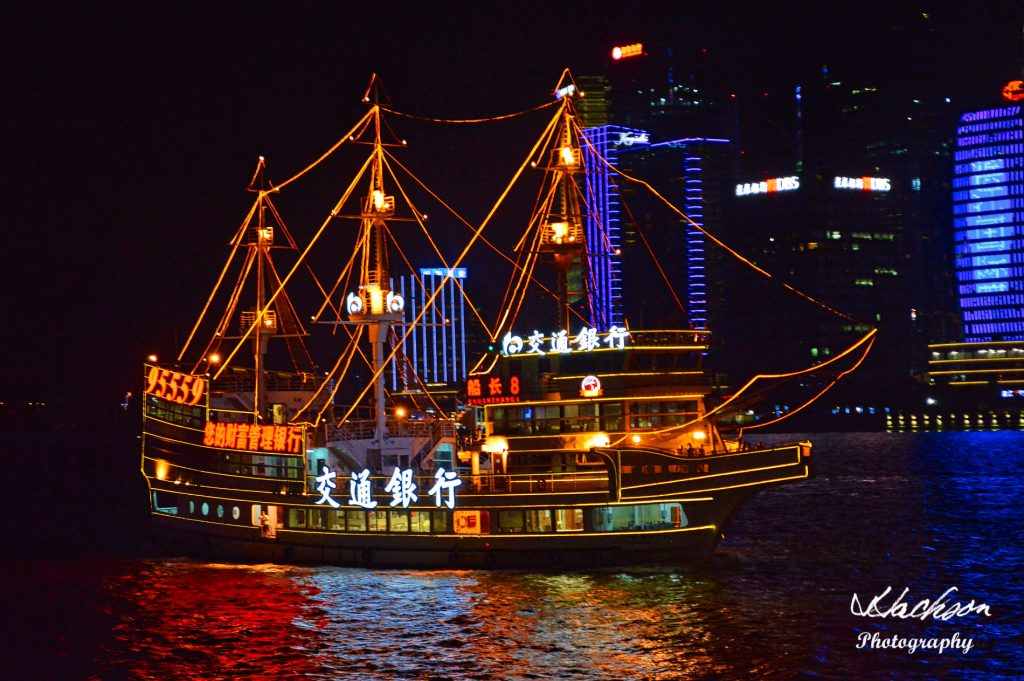 Above, a colorful LED-lit pirate ship cruises the Shanghai harbor. 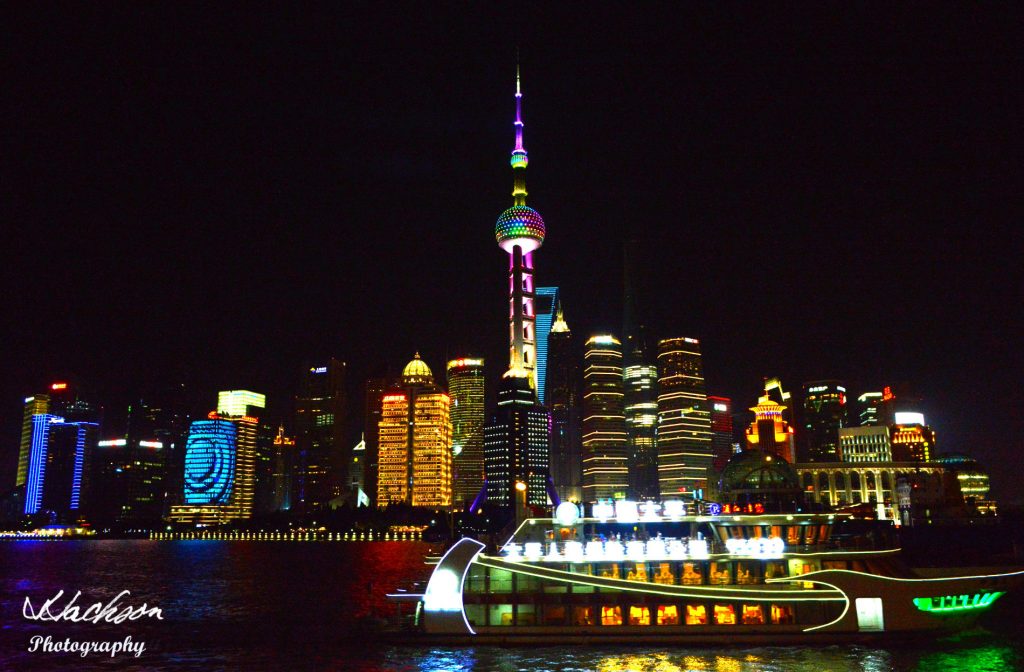 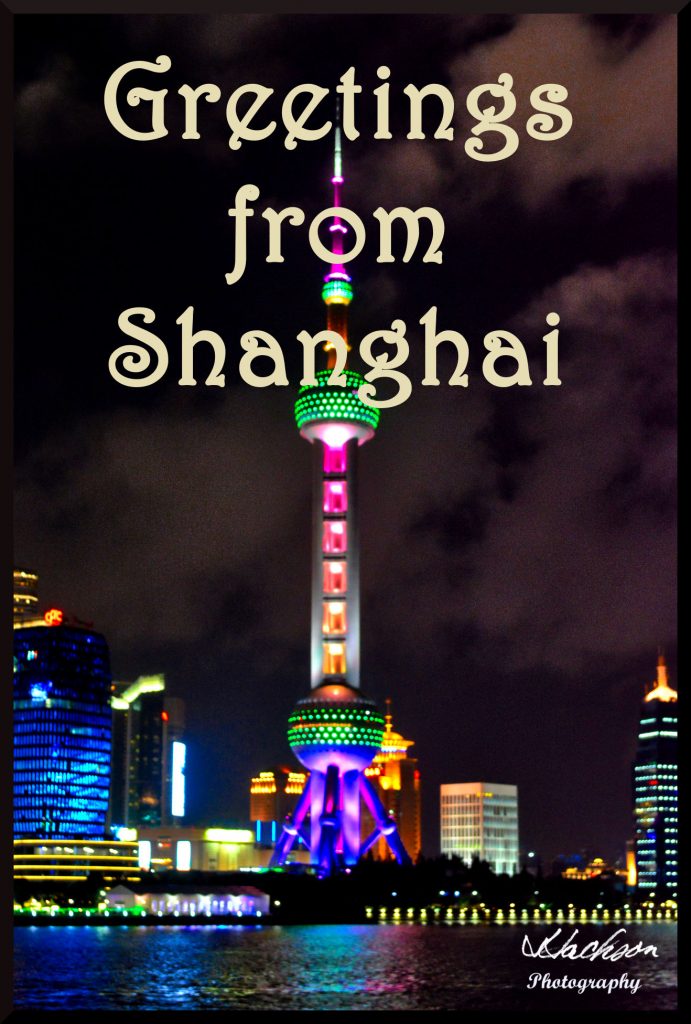 There are several tour lengths you can choose from, from a 30-minute cruise to a 3½-hour cruise. The cruises along the Huangpu River often start from the wharf near the Bund, and head towards Yangpu Bridge or Wusongkou International Cruise Terminal, and back again along the opposite side of the river to the Bund.

At present, the most popular one is the 50-minute classic cruise. The cruises are available during the day and night. It is recommended that you consider taking a cruise at night when the river is veiled in sparkling neon and LED lights on both sides. It will make a spectacular drop in the bucket!