In Greece, it seems that people are always shouting “Opa! Opa!”. Especially in places like restaurants and particularly when there is traditional dancing going on. But what does it mean? In Germany especially, Opa means grandfather and since I am German, all of my grandkids call me Opa. In fact, I doubt that they know my real name. So on this recent trip to Greece, being somewhat dazed by the effects of international travel and not enough sleep, I am always finding myself dumbfoundedly saying “Huh?” whenever I hear someone yell “Opa!”. 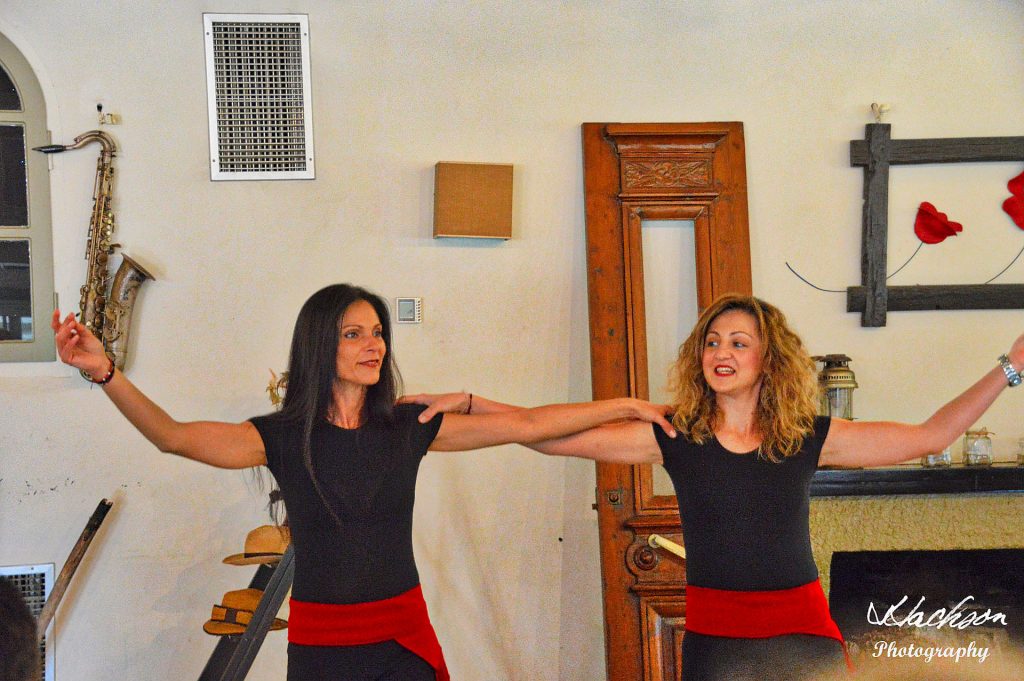 Hearing “Opa” so much and under so many different circumstances, I finally asked our tour guide what it meant. It seems that originally yelling “Opa!” went along with the breaking of plates, sort of like “Oops!”. Eventually, the breaking of plates, or rather the smashing of plates grew into a tradition where the “Opa!” followed the good-natured plate smashing at weddings or traditional Greek dances. In any case, we tourists sure enjoyed yelling “Opa!” at every opportunity. 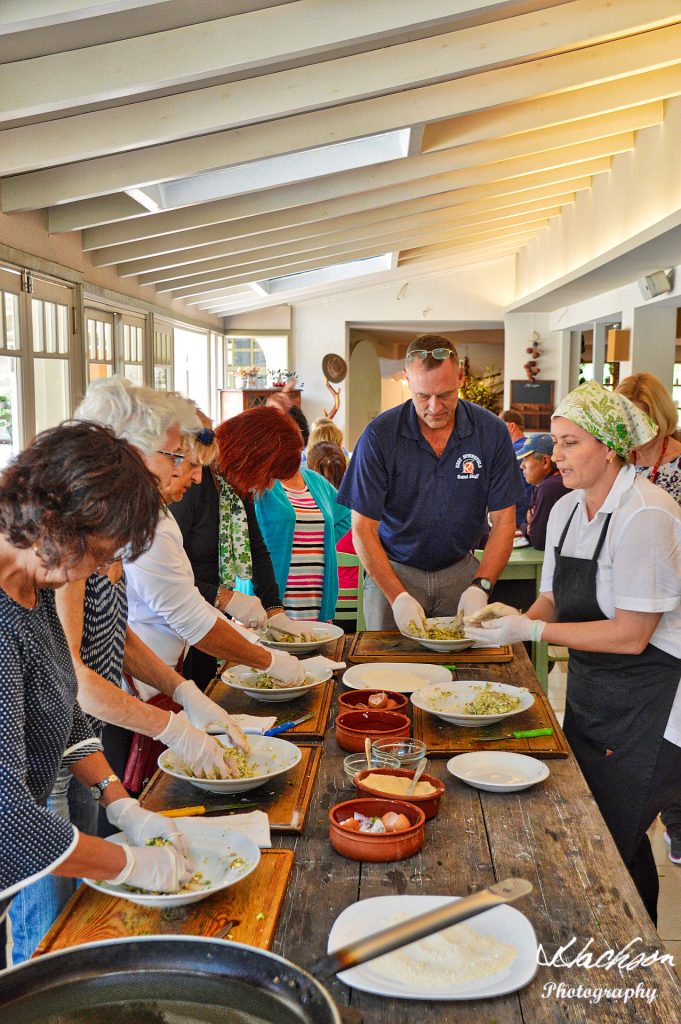 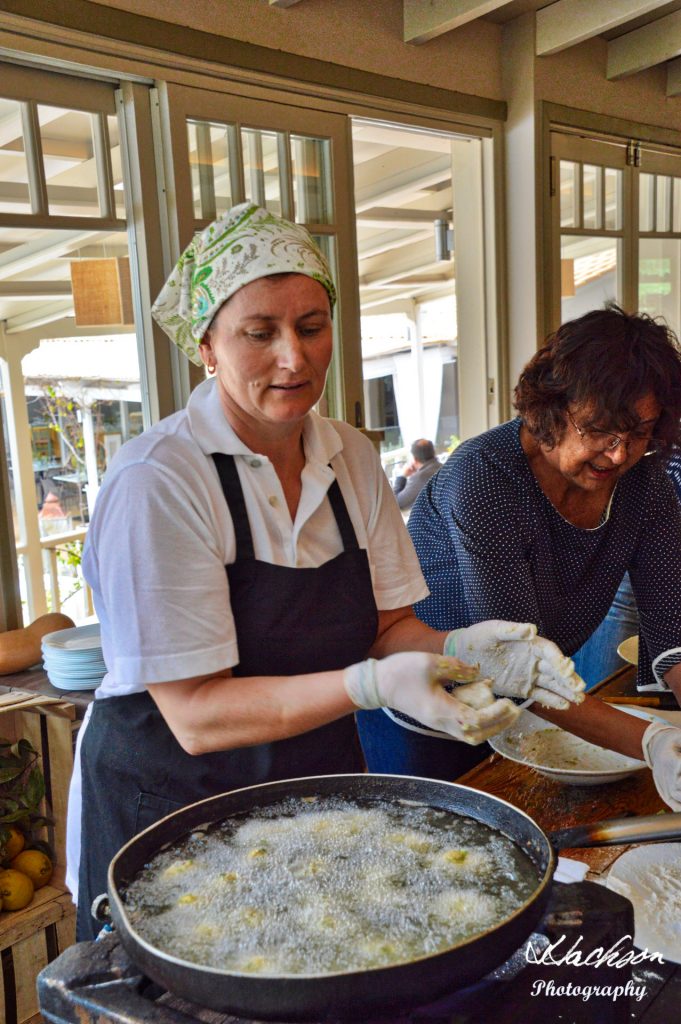 Above, the chef teaches a course on how to cook several Greek dishes

Our tour group had spent the better part of the morning exploring the ruins that surround the site of the first Olympic games in 776 B.C. That was followed by a tour of the nearby archaeological museum and viewing many splendid artifacts in the museum and purchasing souvenirs. As lunchtime neared our tour group drove by bus to a nearby restaurant. There we enjoyed a cooking lesson in basic Greek cuisine. And we were able to eat what we had prepared and cooked.

I was quite full from the food but then it was announced that the buffet tables were now open and to go enjoy our lunch. I was already stuffed from the food from the cooking class but I could not resist the amazing buffet. The food was so good and I was so full!

Then, after our large meal, and as it seems to always be the case in tourist spots, we were forced to dance to traditional music, and then yelling “Opa!” “Opa!” after each song. And as I always do in these situations, due to my having been born with uncoordinated legs that refuse to dance to any sort of rhythm, I quickly ducked outside and spent my time taking photographs in the surrounding neighborhood. 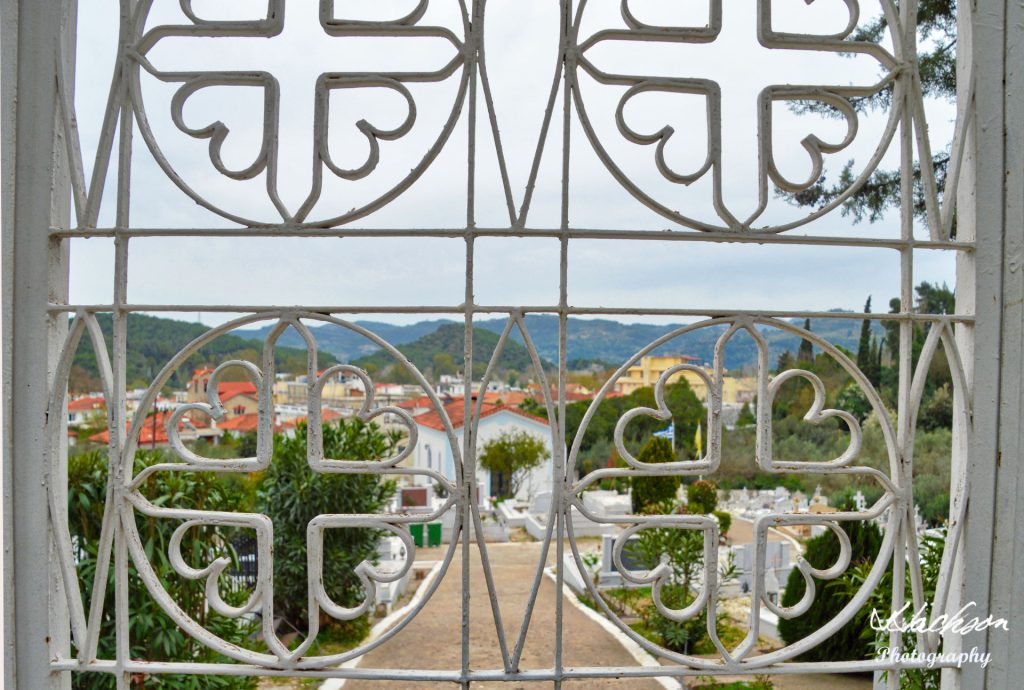 Above, not far from our wonderful Greek restaurant was an interesting, well-maintained cemetery

I walked a block or so from the restaurant and found a very traditional Greek cemetery, and since I am a big genealogy enthusiast, I found my way onto the grounds and enjoyed spending some time in this peaceful place. 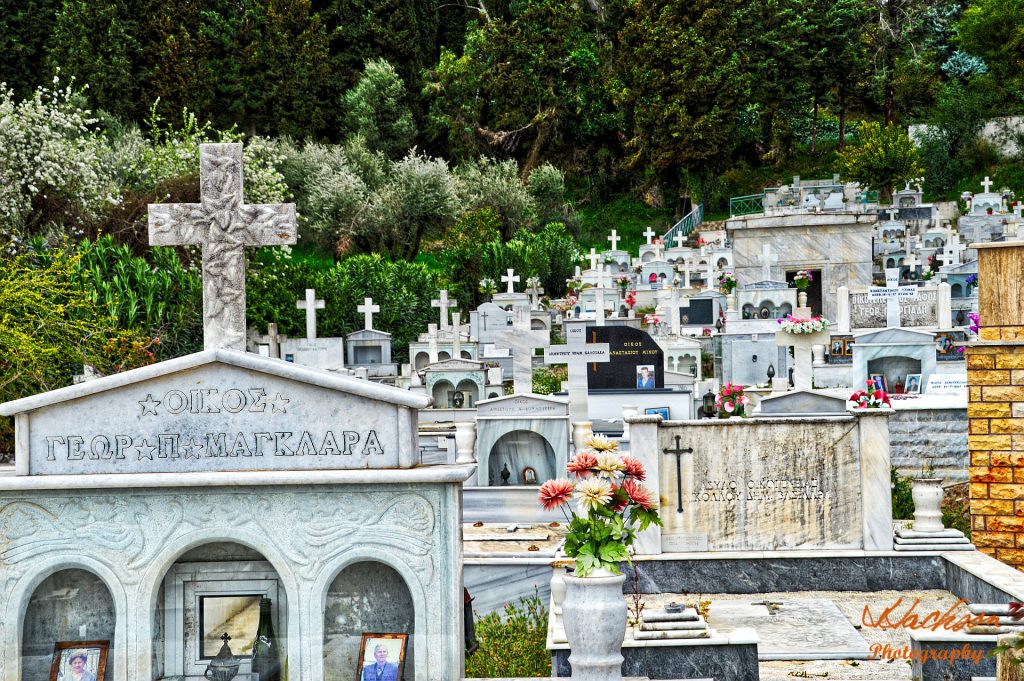 The contrast of white and the nearby adjoining forest made for a very photogenic setting. 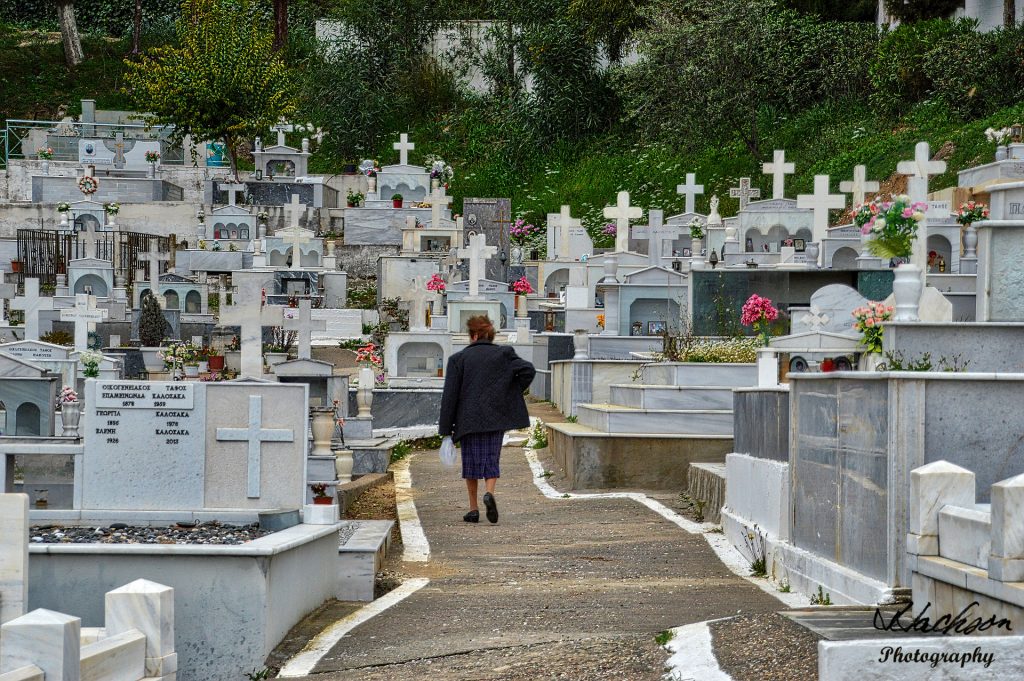 After visiting the ruins at Olympia, I wondered how these cemetery monuments would fare many centuries from now. 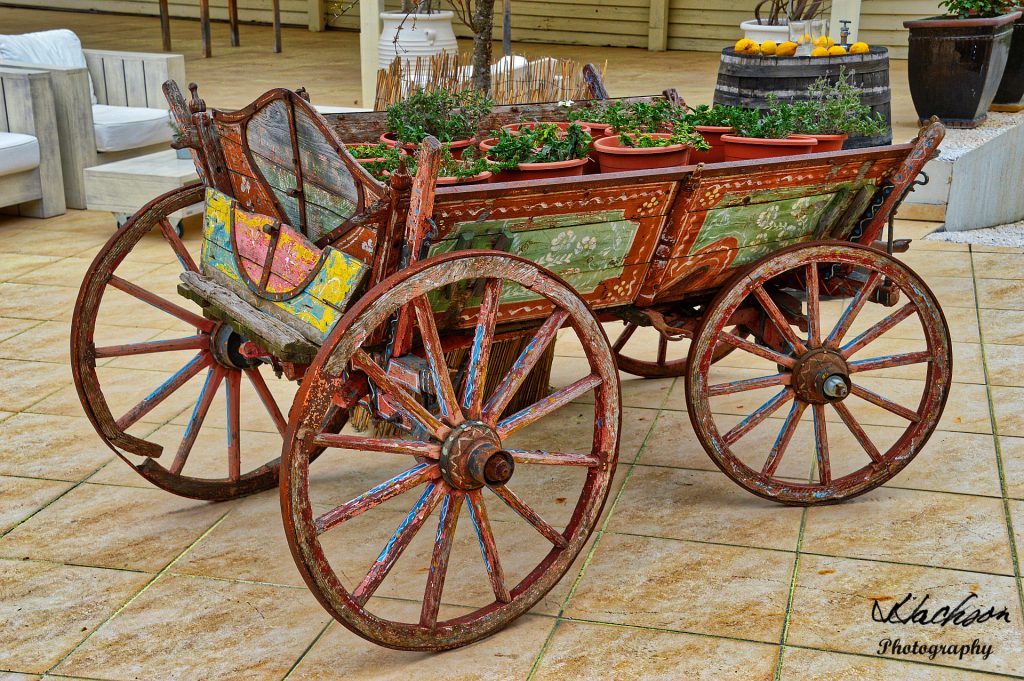 Above, an antique cart at the Greek cooking class.

Knowing that our stay in Olympia was soon to end, our group began to slowly make their way back to the tour bus. It was difficult to leave this great place, especially since eating so much and all I really wanted to do was take a long nap in a nearby field of wildflowers. In due course, our tour guide returned from taking a fellow passenger who had had a slight accident the prior day to see a doctor. All was good and soon we were departing Olympia and heading to Delphi. I did all I could to fight sleep on that comfortable bus as I didn’t want to miss anything along the way!  You just never know when you might find another item to drop in the bucket.